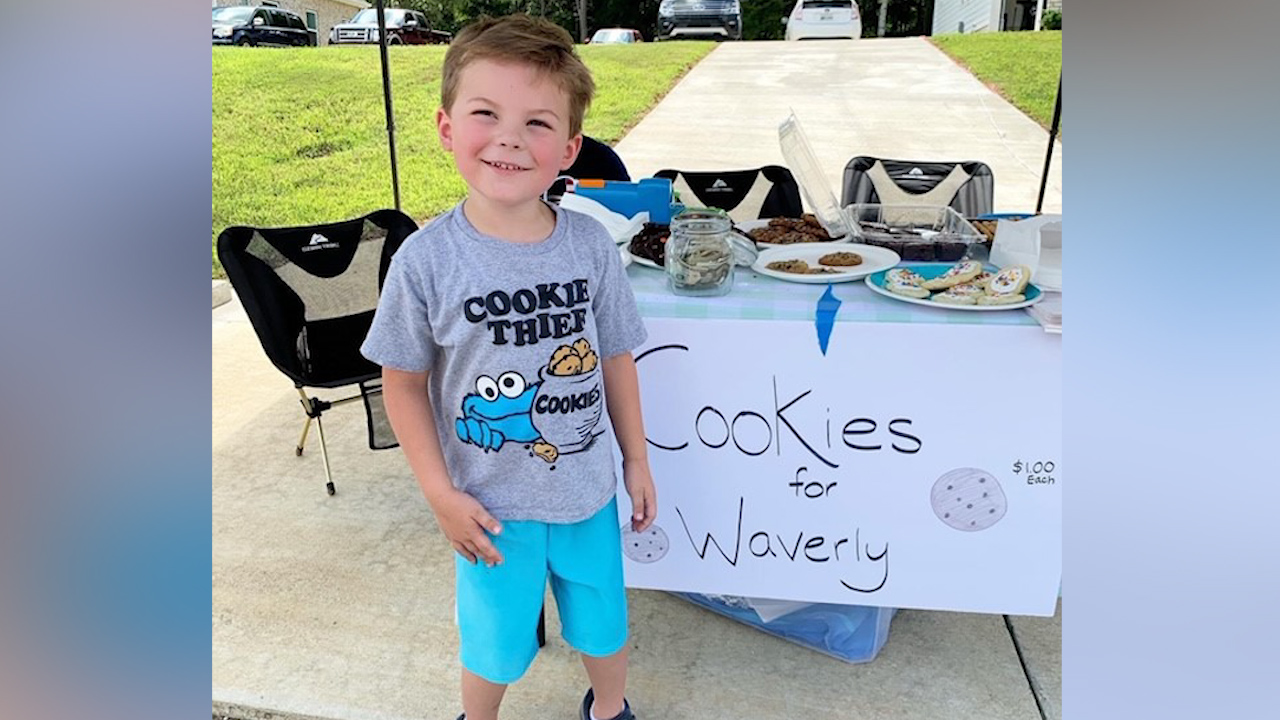 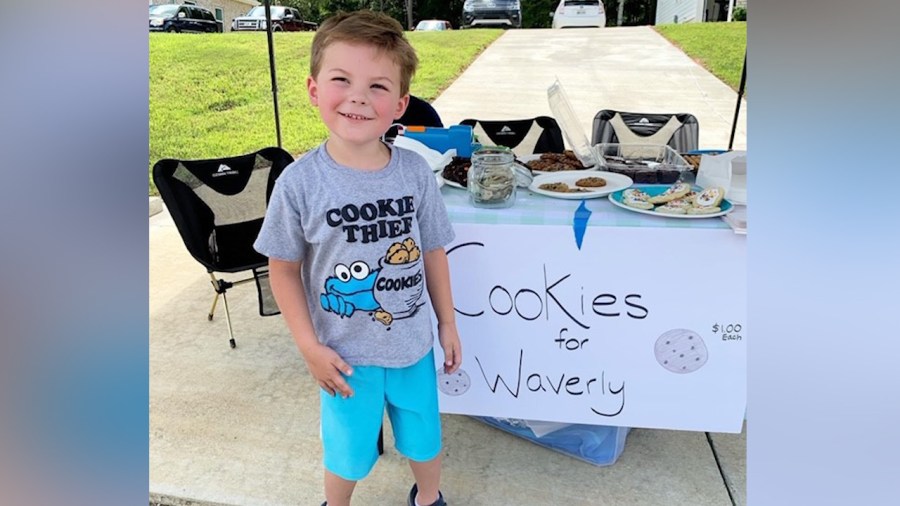 Cade Avalon lives in the Burns community of Dickson County and came up with the idea to set up a cookie stand, selling the treats to collect donations.

Cade’s mother told News 2 that she had visited Waverly a few times to assist the victims, and Cade asked to go along and “help the people with broken hearts.”

She said it would be too dangerous, so Cade decided a fundraiser would “help the damaged homes be rebuilt and fix the broken hearts.”

Cade, his mother and grandparents baked 200 cookies and sold them in their yard, collecting $1,300 to benefit the flooding victims.

“Honestly, we didn’t expect that big of a turn out! It was heartwarming and an incredible demonstration of kindness in our community. I’m really grateful he got to experience it,” Cade’s mother explained.

Record rainfall led to catastrophic flooding in Waverly and Humphreys County on Aug. 21, killing 20 people and causing extensive damage across the area.