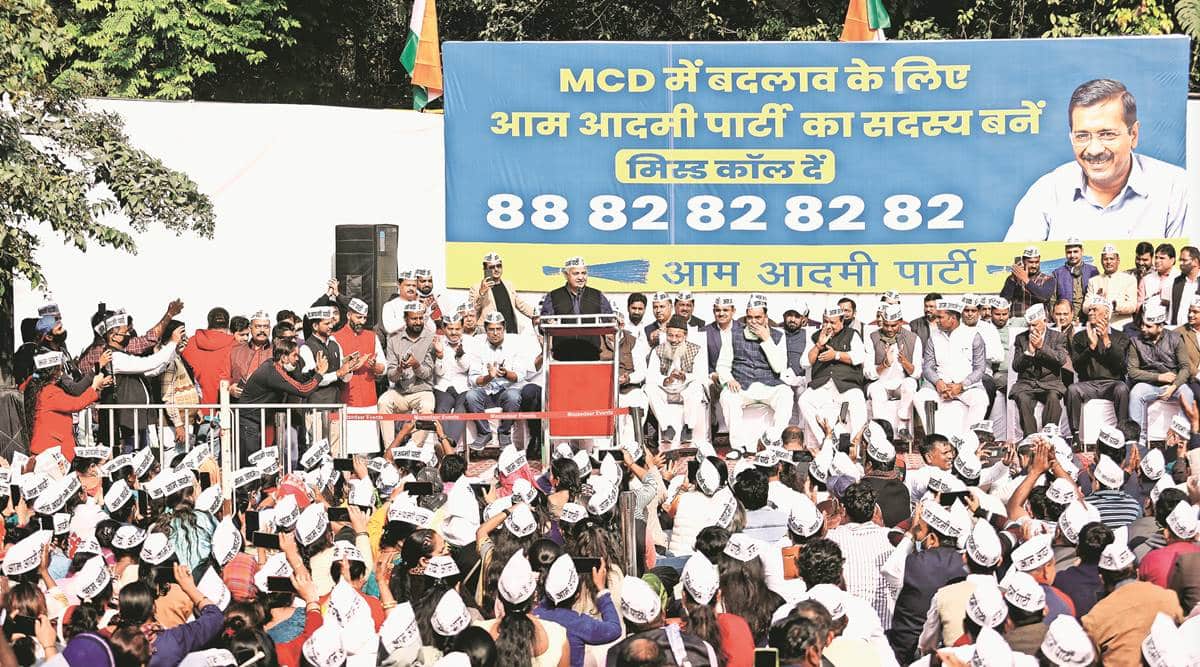 AAP Saturday launched its campaign for the MCD polls, expected to be held in March. The first phase, called the MCD Badlaav Campaign, involves a door-to-door membership initiative with an aim to increase its membership by 50 lakh, party officials said.

Speaking at the launch of the campaign at the party office, AAP leader Gopal Rai said: “The last time we contested MCD elections, it was for the very first time. We had no experience and were learning. What we learnt was that if we want Delhi to shine… cleanliness is of utmost importance, which is why we are launching this MCD Badlaav Campaign. As part of this, we have to go to every street, lane, booth, ward, mandal, assembly. We have to go to every corner in Delhi and let people know that just the way they chose Arvind Kejriwal to eradicate corruption from the Delhi government, the time has now come for the MCD.”

He added: “We can improve everything in Delhi, we can give free water, free electricity, we can install CCTVs, but when people open their doors… and see garbage strewn across the streets, it sours the mood… We have 3 months left — December, January and February… we will be setting up day-long membership camps at every booth and mandal in Delhi… You have to work 3 days at the same booth and get at least 300 members from each booth, it’s important to remember that. Our target is to make 50 lakh people members of the Aam Aadmi Party in the next three months.”

The BJP has been in power at the MCDs for three consecutive terms, with AAP losing its first municipal election to the party in 2017. For AAP, which has won the highest number of seats in the past three Delhi Assembly polls since 2013, a win in the municipal polls now becomes crucial.

Emphasising on the important of working at the grassroots, senior party leader Manish Sisodia said each party member will have to work at the mandal level irrespective of seniority.

“No one should think they can get away by just marking their attendance and posting a few photos on Facebook… The whole team which is engaged in this mission, don’t take them lightly. You cannot just send a few pictures on WhatsApp or post some on Facebook and think people will laud you for doing your mandal work. When you do actually work at your mandal, it will be apparent,” he said.