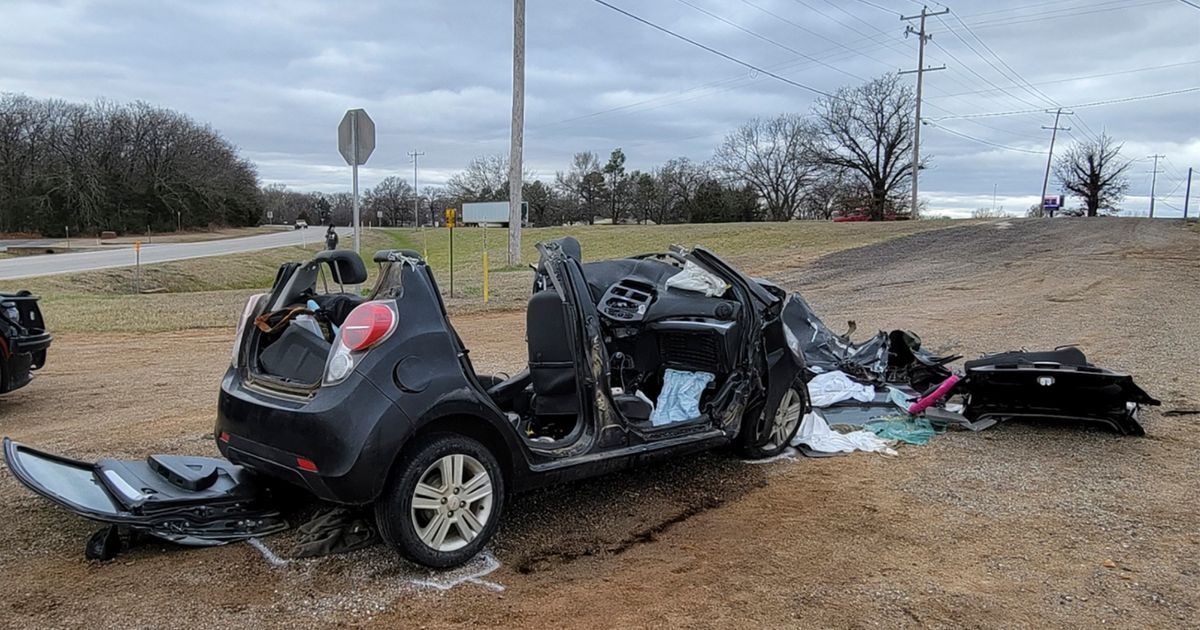 TISHOMINGO, Okla. (AP) — Six teenage students killed in a collision with a semi were riding in a small car with only four seats, the Oklahoma Highway Patrol said Wednesday.

Only the 16-year-old car’s driver and front-seat passenger were wearing seat belts when the 2015 Chevrolet Spark collided with the truck Tuesday afternoon in Tishomingo, a rural city of about 3,000 located about 100 miles (160 kilometers) southeast of Oklahoma City, the highway patrol said.

The highway patrol says those killed include the 16-year-old driver, three 15-year-olds, and two 17-year-old passengers.

The victims’ names weren’t released because they are juveniles.

Tishomingo Public School Superintendent Bobby Waitman said in a Facebook post that the district had “a great loss” involving students from the district’s high school.

“Our hearts are broken, and we are grieving with our students and staff,” said Waitman.