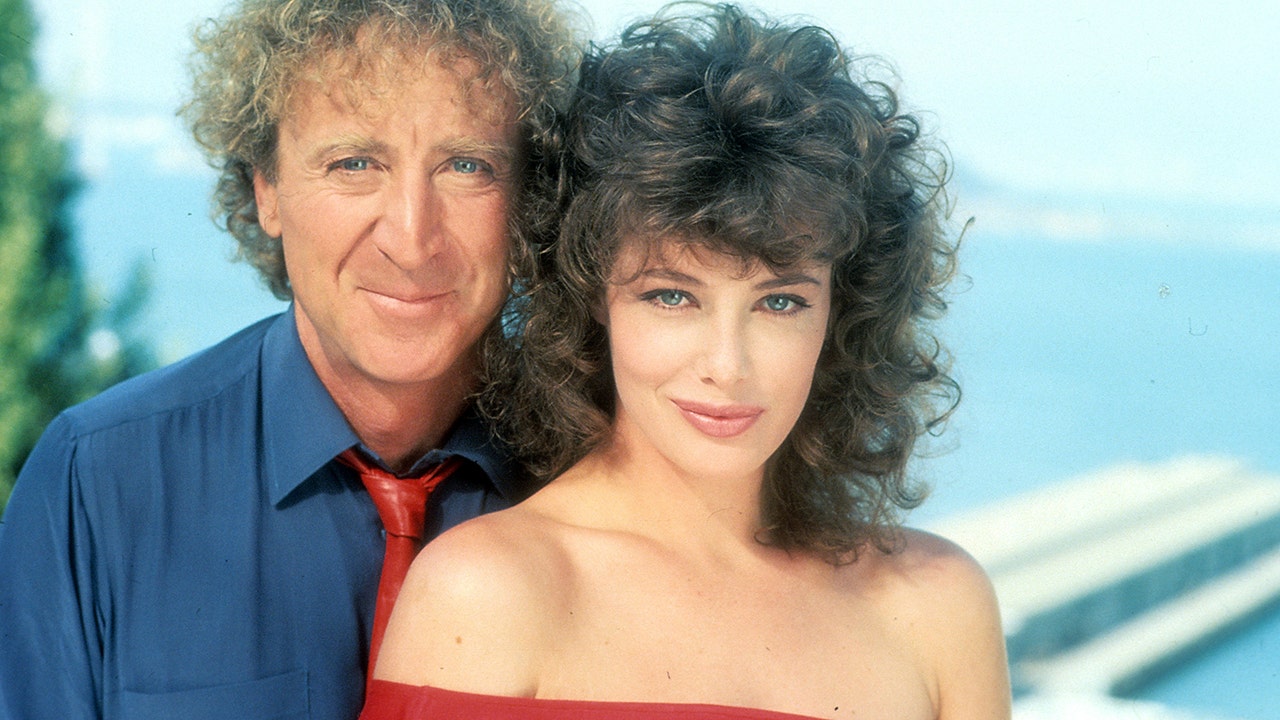 It was more than two decades ago when Kelly Le Brock said goodbye to Hollywood with zero intention of returning.

It was after the star’s highly publicized divorce from Steven Seagal in 1996. By then, the actress was looking for a simpler life and decided to quietly leave behind her career to live in southern California where she raised her three children out of the glaring spotlight. It was a relief for Le Brock, who first began modeling in her teens and later skyrocketed to fame with films like 1984’s “The Woman in Red,” 1985’s “Weird Science” and 1990’s “Hard to Kill.”

But occasionally, Le Brock gets “the itch” to act again. And when the script for “Tomorrow’s Today” came along, she quickly said yes. The film, which was previously titled “Charlie Boy,” drew world attention when Sean Young was fired from the set. In 2018, the “Blade Runner” star was accused of allegedly stealing laptops from a production office.

In the comedy, Le Brock plays a grieving mother and ex-wife of a former gangster who is attempting to right the wrongs of his life.

Kelly LeBrock attends the red carpet world premiere for the documentary ‘Altitude Not Attitude’ at The Landmark on June 03, 2021, in Los Angeles, California.
(Photo by Amy Sussman/Getty Images)

The 61-year spoke to Fox News about “Tomorrow’s Today,” leaving Hollywood and what life is really like for her these days.

Fox News: What was it about the role of Donna in “Tomorrow’s Today” that drew you in as an actress?
Kelly Le Brock: I’m a professional ex-wife *laughs*. [Director] Timothy [Hines] is very persistent and he assured me that he would take very good care of me and make me look great. But I also think he put together a wonderful little film for little money. I read the script and it had potential. It had heart and Timothy was working on it constantly. And in the end, it’s a nice little story to tell… [Co-star] Greg [Kritikos] is such a doll. He’s quite the character. And the rest of the cast was warm and wonderful. It was a good experience for me.

Fox News: What was it like for you to play someone like Donna?
Le Brock: I have three wonderful children and I’ve had experiences where I’ve been faced with possible and potential tragedies with all three of them. And you know, I’ve done a lot of hospices in my life and they worked with a lot of children with cancer. Those experiences have touched my heart deeply. So I was able to draw from those personal experiences. I wanted to show how grief can sometimes be subtle and quiet. It never leaves you, even when you try to be private about it.

Kelly Le Brock left Hollywood in the ‘90s and put down roots on a ranch.
(Photo by Micheline PELLETIER/Gamma-Rapho via Getty Images)

Fox News: Back in the ‘80s, you were considered the ultimate dream girl. And then you disappeared. Why did you leave Hollywood?
Le Brock: Hollywood wasn’t a place where I wanted to raise my children. My divorce was very much in the press. And I’m just not a Hollywood girl. Never have been. I never really liked the attention. I wanted to have dirt in my nails and be in the outdoors.

So I quit my career and moved to the wilderness where I lived with no television for 25 years. I did the best that I could as a single mom. I have three wonderful children. I could always go back to my career. I could never go back to my children. Some people can do both. But I already had the fame and was done with it. I became famous when I was very young and it didn’t do me a bit of good. It just caused trauma. Being famous is not for everybody.

Fox News: With social media, it’s easier now than ever to become famous.
Le Brock: It’s gotten out of control. I don’t want a part of it. I don’t have a computer. I have internet but it’s bad service. And I like it that way. I’m very happy.

Gene Wilder and Kelly Le Brock in publicity portrait for the film ‘The Woman In Red’, 1984.
(Photo by Orion/Getty Images)

Fox News: You left Hollywood and moved to a ranch. It must have been freeing for you to be surrounded by nature and animals.
Le Brock: Well, there are animals in Hollywood too, they just wear clothes *laughs*. I’m just more comfortable in the country. Always have been. I grew up in upstate New York on the Lake Champlain region. I’ve always had this inherent need to be on land with big, open spaces. I ride my horse, I’ve chased grizzlies up on the continental divide, I’ve been up and down the Grand Canyon. I grow my own vegetables. I’ve been out in the wild where I’ve run out of water and drank from puddles. I guess I’m kind of different, but I like it that way.

Kelly Le Brock was a model before she pursued acting.
(Photo by Andrea Blanch/Getty Images)

Fox News: What was it like for you to raise your children out of the spotlight?
Le Brock: The divorce wasn’t easy for the children. It was a difficult divorce. I wanted to shield them from the press. And they developed quite nicely. And that’s all that really matters to me at the end of the day.

Fox News: When did you realize that you wanted to act again?
Le Brock: When I was drunk – no, I’m just kidding. I’ve always had that little itch in me to go back to work, but once I think about it, it goes away. I’ve been offered a TV series and sort of the way I would be interested in doing it would be to write with the writers. It’s a cop thing. And I think these New York cops need some sort of comic relief. I don’t think there’s enough of that. So if I do anything, I’d like to bring some relief.

Kelly Le Brock said that occasionally, she gets the urge to act
(Photo by Paul Redmond/Getty Images)

Fox News: There must have been something really special you spotted in the script for “Tomorrow’s Today,” especially with you being very selective with the types of projects you’ll take on now.
Le Brock: I don’t even really have an agent. I can’t be bothered to be honest with you. I just want to ride my horse, eat good food and drink lovely wine. I want to enjoy the rest of my days. I’m a grandmother to three amazing grandchildren.

I want a simple life. I don’t care about doing movies anymore. There has to be something really special in the script for me to say yes. There was something special in this script. I do love to cook and eat foods that are healing, beneficial and very tasty. Perhaps there might be a cooking show that somebody’s interested in doing with me. “Kelly’s Kitchen” – I like the sound of that. But I live in a very beautiful place and I’m perfectly content. I’m dating and I hope to find my last partner. That would be wonderful.

Fox News: Back in the day, you were a sex symbol. Did you think that helped or hurt you?
Le Brock: I didn’t mind it either way. It’s better than being ugly *laughs*. Hello, let’s start right there. But you gotta be goofy too. It’s absolute nonsense that after a certain age, you’re no longer allowed to be beautiful. You can be beautiful at any age. It’s up to us as women to feel beautiful and say, “I’m beautiful.”

The skin wrinkles and eventually we are left not with youth, but our experiences. And that to me is more beautiful and sexy than some sweet young girl who doesn’t have much to say. We need to believe we’re beautiful. If you don’t believe it, how is someone else going to understand it?

Fox News: One of your daughters embarked on a modeling career back in 2017. What advice did you give her?
Le Brock: Don’t be anybody else. God gave you beautiful things and made you special. You shouldn’t rely on someone else to feel happy. Be the best person you can be. Don’t look at someone else and say, “I wish I had what they have” because there are people out there who have nothing.

But my children are grounded. They grew up in the river free with animals. They knew how to track, skin and all kinds of things. And to me, that’s the best thing I can have as a parent – validation. They’re good with themselves and it’s wonderful. It gives me so much peace. They were always going to be my priority.