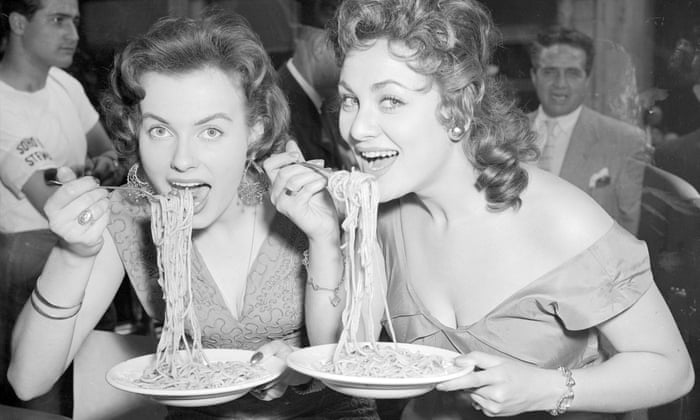 Marco Polo’s myriad influences on Europe included encouraging the use of paper money, furthering Asian cartography and pioneering trade routes. But bringing pasta to our fair continent? Sorry, Marco, but you can’t have that one – in spite of a popular myth to this effect.

Instead, prevailing wisdom reckons that this Italian classic was introduced to Italy by Arabs. Centuries later, with production fast-tracked by the Industrial Revolution, it went on to seduce many other nations. Today, hundreds of specific forms of pasta are crafted, with many dishes world famous.

Such success is down to a marketer’s dream array of attributes. Pasta is generally healthy to consume. It’s easy to cook. It’s extremely adaptable, and pleasingly sustainable – and let’s not forget, utterly delicious. And then there’s the social element: especially in Italy, pasta has always been associated with family and friends – it’s a food which brings people together, which brings joy.

Pasta comes to Europe
Long before Christ’s birth, Greeks, Etruscans and Romans were gobbling down pasta-like foods such as lagana, fine sheets of wheat dough. Yet these tended to be fried or baked, not cooked in water like classical pasta. Some time between the third and fifth centuries, however, a boiled dough called itrium became common in Palestine.

The oldest known written evidence of something definitively pasta in Italy dates to 1154 – more than a century before Marco Polo set off from Venice, note – and centres on Sicily. Compiling a report for the island’s Norman king, Roger II, the geographer Muhammad al-Idrisi documented “vast quantities” of spaghetti-style trii (presumably a derivation of itriyya) being mass-produced near the capital Palermo. “[It] is exported everywhere,” he wrote – “to Calabria, to Muslim and Christian countries. Very many shiploads are sent.”

References to the likes of macaroni, ravioli and vermicelli increasingly recur in Italian records from the 13th century onwards. Pasta even makes it into Giovanni Boccaccio’s 14th-century literary masterpiece The Decameron, which features a fantasy sequence involving chefs rolling macaroni down a mountain of grated parmesan – already installed as one of pasta’s BFFs – to gluttons salivating below.

Why durum?
It’s the use of durum wheat that truly sets pasta apart from noodles. Unlike soft wheat (used to make white flour), durum kernels can be ground into a coarser yellow flour called semolina. This is then mixed with water to make a dough that can be easily cut into shapes and dried. It stays hard, and endures for many years.

High in gluten, durum grows particularly well in warm, dry climates such as that of the Mediterranean. That explains why so much quality-controlled wheat used by the Italian company Barilla, the world’s largest pasta producer, is sourced from sustainable domestic growers. Some of its classic pasta formats – characterised by an elevated protein content and gluten quality, and by a golden yellow colour – mainly use homegrown wheats.

Production and pomodori
Although the early production of dried pasta continued on Sicily and was seen in the north-western region of Liguria, bakery-made fresh pasta held sway in mainland Italy. Requiring expensive eggs, this explains why only wealthy Italians could consume pasta regularly; those in poorer southern areas might only splash out at Christmas.

Dried pasta is much more cost-effective than its fresh counterpart because it’s less fragile and can be stored for years, but it wasn’t until the 1700s, during Europe’s Industrial Revolution, that large-scale pasta producers mushroomed in Italy. Initially that was chiefly in two locations near Naples, before spreading cross country. The rise in competition saw costs drop, democratising pasta and it became a food of the working classes. Macaroni was especially common.

Somewhere around this time, a now legendary culinary duo first became an item. Pomodori (tomatoes) had been introduced to southern Italy two centuries earlier, yet the earliest evidence of a pasta dish incorporating tomato sauce comes only in 1790, in the cookbook L’Apicio Moderno by the chef Francesco Leonardi. Hitherto, pasta had tended to be consumed by hand; now, forks were required.

The Barilla blue
Barilla began life in 1877 at a bakery in downtown Parma, in the Emilia-Romagna region of north-central Italy, moving to a plant outside the city during 1910. After the second world war, the company continued to prosper under the guidance of Pietro Barilla, grandson of the identically named founder, with international growth ensuing before the turn of the millennium.

Still family-run today, Barilla exports its wares from Parma, where it runs the world’s largest pasta factory, to more than 100 countries. Just like other iconic foods, such as parmesan cheese and Parma ham, this pasta is part of the city’s gastronomic soul.

Indeed, it’s a keystone element of wider Italian food. Through the years, the brand has always stood for togetherness and comfort. “Where there’s Barilla, there’s home” has long been its evocative slogan, while its motto is: “Give people food you would give to your own children”. Another enduring principle is that high quality pasta should always be available to everyone. Despite becoming the world’s largest pasta exporter, Barilla remains true to this value, on which it was founded.

In line with that credo is its eternal use of blue cardboard packaging, which references the way pasta was once sold in Italy. In the early 1900s, if you’d purchased some from a grocery store you might have witnessed the shopkeeper place your goods on to blue sugar paper – the kind used for many dried foods – before weighing and wrapping.

Pasta conquers the world
Somewhat ironically, it took large-scale Italian emigration, and the widespread adoption of those emigrants’ go-to food in their new home countries, for pasta to be declared Italy’s national dish. Nowadays it’s estimated that Italians eat more than 23kg per person per year – but the rest of the world isn’t too far behind.

The biggest fans, according to figures from the International Pasta Organisation, range from Venezuela and Chile to Tunisia and Greece. Pasta has even topped global surveys of people’s favourite food, besting the likes of meat, rice or pizza.

Modern Mediterranean
For all its worldwide consumption, pasta remains intrinsically Italian. It anchors some of the country’s legendary plates – spaghetti alle vongole; penne all’arrabbiata – and plays a starring role in that renowned, long-life-yielding Mediterranean diet. That’s why in 2009, Barilla founded the Barilla Centre for Food & Nutrition (BCFN), an independent thinktank working with scientists, researchers, educators and politicians to promote pasta’s relevance to eating healthily and sustainably.

Suffice to say, pasta has come a long way since the days of spaghetti-style strands powering Arab invaders. And yet, remarkably, it remained in constant favour throughout that millennium, before achieving world domination during Barilla’s 143-year history. Not bad for a small piece of wheat and water, is it?

To find out more information about Barilla or pasta’s history, visit barilla.com. For traditional recipes and pasta-cooking inspiration, try academiabarilla.it/en