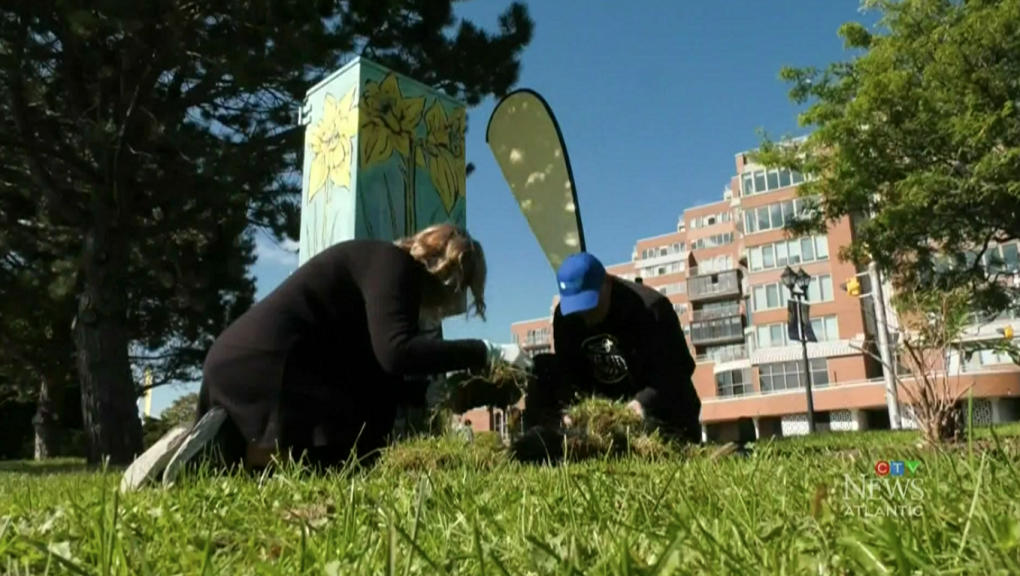 
A place of reflection along the Dartmouth waterfront will be a sea of yellow next spring.


Volunteers planted 13,000 daffodil bulbs along the Dartmouth waterfront on Saturday, each representing someone who has been touched by cancer.


Cheryl Waterfield and her daughter Becky Phillips spent part of a sunny Saturday morning planting bulbs in the Daffodil Garden for Cancer Survivors.


“About three years ago this Christmas, I went in for my biopsy, and I’ve been released from the Cancer Centre, so definitely a survivor says Becky Phillips.


The idea for the survivor’s garden came from Judi Edgar and her husband Jim, who had moved from an area in Ontario that had a similar garden, and were inspired to replicate it to honour a cause close to their hearts.


“We moved back to Nova Scotia, and we both have been diagnosed with cancer. We missed not having this place to go to, so we decided we would create one,” says Judi Edgar.


Through fundraising efforts, their group purchased 6,500 daffodil bulbs, and a supplier generously matched that number, bringing the total number of bulbs to 13,000.


“In the spring, it’s going to be a sea of yellow daffodils,” says Jim Edgar.


Dozens of volunteers turned out to plant bulbs on Saturday morning.


This is the third year for the mass planting event, which has turned the land along the waterfront into a place of reflection.


“It was very emotional for me, of course being a mom of a cancer survivor, and there’s no words to say how much this place means,” says Cheryl Waterfield. “I think for me it’s a sign of hope, it’s a sign of life.”


With this year’s effort, there have now been more than 20,000 daffodil bulbs planted here along the Dartmouth waterfront, each one of them representing their own personal story of someone’s battle with cancer.