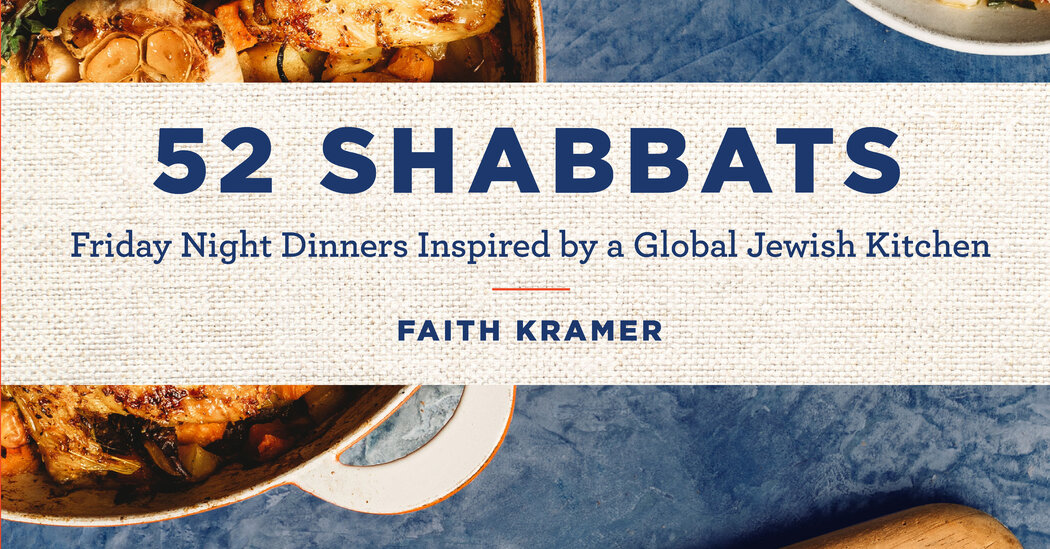 The start of a new year is as good a time as any to consult “52 Shabbats,” a cookbook that features a year of Friday night dinners. The Jewish New Year (Rosh Hashana) would be the most appropriate kickoff — that’s where the book begins its seasonal chapters — but it was not published until this month, so here we are. The author explains Shabbat, kosher food and the Jewish communities around the world that inspired the recipes, many featuring the elaborate spices or spice blends that are typical of places like Ethiopia, India and Mexico. Most of the featured recipes are for main dishes (notably for chicken and pot roasts), but there are also sides, desserts, basics and menu suggestions. A chicken and vegetable tagine, fish cakes inspired by India and fritters made from leftover challah are worth keeping.