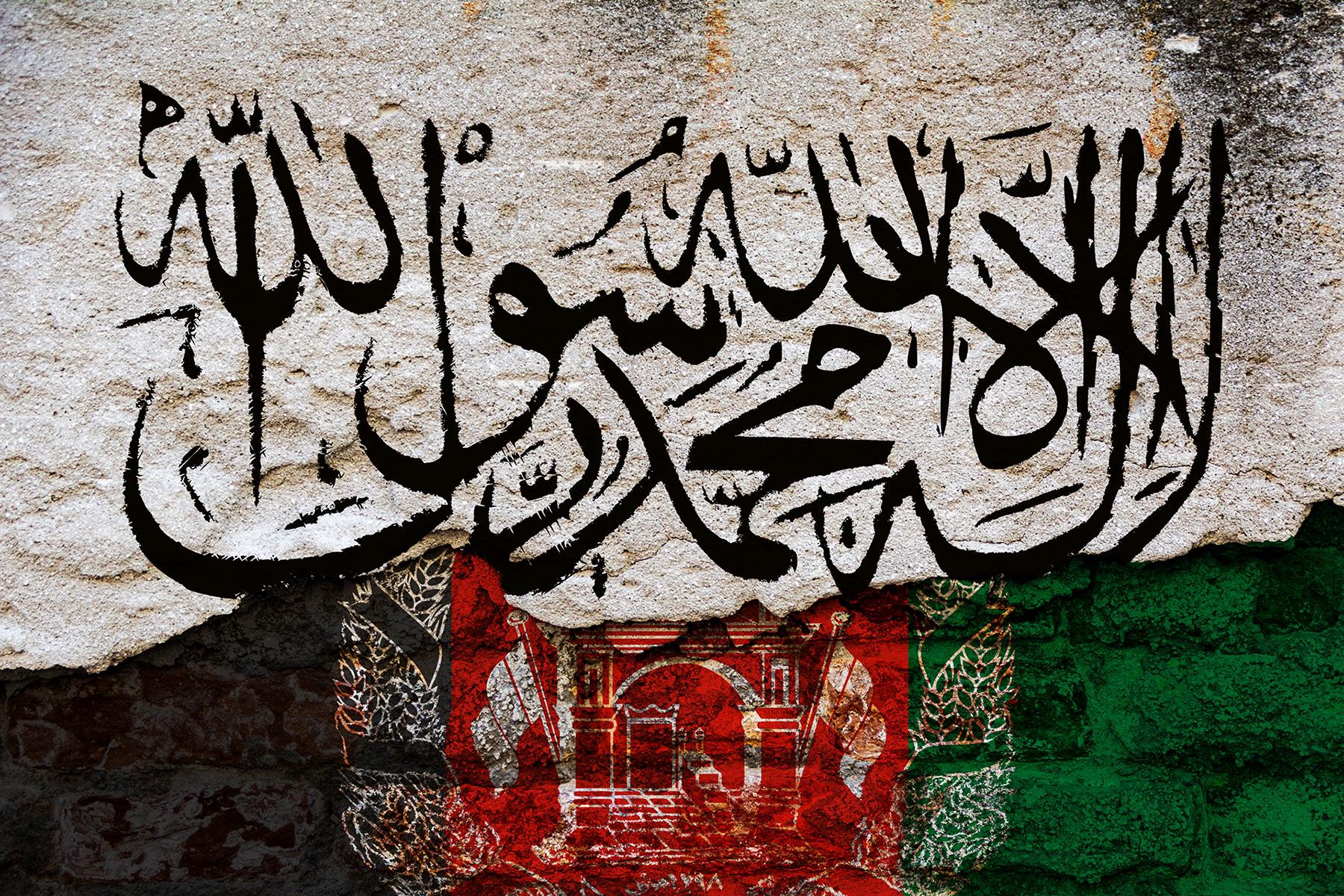 Unlike most societies, political alignment in Afghanistan is not divided along the right and the left axis. Most of the policy debates in the last two decades of the so-called republic were shaped by the right — either Afghan/Pashtun ethnonationalism or political Islam. At times, both these political strands were amalgamated with naive populism.

Currently, political fragmentation and polarization under the Taliban have become an existential conflict over culture and ethnicity. The Taliban are a terrorist group, having successfully synthesized both Islamic extremism and Pashtun/Afghan ethnic chauvinism as their ideology. Ironically, they rule over one of the most diverse countries in the world.

What the Taliban’s Constitution Means for Afghanistan

The Taliban use two vague criteria to dismiss all progress made in the past two decades or, for that matter, any undesirable but transformational changes that occurred in the 1980s and early 1990s: Afghan and Islamic values. The first category denies internal social diversity while the second rejects Islamic pluralism. After usurpation of power by force, the group proudly boasted of committing over a thousand suicide attacks. Now, it is officially forming a suicide bombers brigade within its security agencies.

The exponents of Afghan ethnonationalism desperately aim to present a benign image of the Taliban. Having fundamental, political and social ties with the Taliban, in the words of Antonio Gramsci, they form the Taliban’s “organic intellectuals.” Unlike the traditional intellectuals, Gramsci argues, organic intellectuals are linked with a social class. Contrary to Gramsci, I use it as a negative term as they represent the extreme right. Their genuine undeclared mandate is to articulate and represent the interests and perceptions of the Taliban and to downplay the risks of the group’s rule.

In other words, these organic intellectuals are systematically engaged in PR for the Taliban. The irony is that the same people are recognized as the voices of Afghanistan rather than of the Taliban in Western academic and think-tank circles. Afghan ethnonationalism and its exponents are only challenged by the Persian-speaking Tajik and Hazara intellectuals, whose voices have been relegated to the margins due to acceptance of the Taliban order as the new normal.

The organic intellectuals have the nature of a chameleon, speaking in two different languages to address different audiences and constituencies. On the one hand, they praise and welcome the establishment of the so-called “order,” albeit Taliban-centric, but, with a liberal audience, they speak the language of peaceful coexistence, “cultural particularism,” relativism and political pragmatism. To incorporate such a self-contradictory stance, they adopt a fence-sitting position.

The justifications of the Taliban made by these organic intellectuals contradict both the realist and moralist approaches in political philosophy. First, let us address the five justifications before returning to the philosophical questions.

To begin with, treating the Taliban-centric order as default and ignoring the ideological dimension of the Taliban, it argues that the group is adaptable to political and policy reforms. Thus, it tries to undermine the possibility of a thorough transformation of the current scenario through violent means.

The telos of political reform is expanding the horizons of rights and liberties. In a totalitarian regime, the goal of reform is not to improve the condition of individuals and communities but to consolidate the regime’s power. To suggest political reform essentially means to work with the existing political framework, not its transformation. This entails admitting the terms and conditions of the totalitarian regime.

The Taliban government currently installed in Afghanistan is not simply another dictatorship. By all standards, it is a totalitarian regime. A totalitarian regime, according to British philosopher John Gray, is not the one that negates liberal democracy — it is one that brutally suppresses civil society. The Taliban have created a monstrosity equivalent to that of other totalitarian states.

The second justification of Taliban apologists is political pragmatism — the Taliban is a reality that could not be done away with and thus it shall be acknowledged. As part of my research on the Afghanistan peace process, I conducted an opinion poll in 2018 that showed the Taliban’s popularity as below 10% across the country. Thus, this so-called pragmatism is constituted upon a false assumption. But the Taliban are a reality, like racism, Islamic fundamentalism, bigotry and slavery. Also, they are a reality fostered by sponsors: the Pakistani establishment.

Nonetheless, it is worth mentioning that bigotry, racism and fundamentalism could not be eradicated through endorsements by the intellectuals and those who have a moral commitment to fight them. Irrespective of the logic of morality, one cannot buy the argument to accept bigotry or extremism just because they were a reality. Endorsing the Taliban is equivalent to recognizing their wicked acts.

Third, it is proposed that if we accept the Taliban as a reality, the costs of establishing political order would be reduced. For example, it can prevent another civil war. This argument is built based on a false assumption regarding the nature of the Taliban. Historically, the group has been extremely violent by nature: War, jihad and suicide bombings are an integral part of its ideology. What country in the world prides itself on having suicide squads?

In the seven months of their rule, the Taliban have killed, tortured and humiliated numerous civilians, former security officers and women’s rights activists, primarily minority groups like the Tajik and Hazara. Moreover, they maintain strong ties with an international community of jihadists, including al-Qaeda, the Islamic Movement of Uzbekistan and the Turkistan Islamic Party, among others.

There is an inherent contradiction in the nationalist stance advocating for so-called reconciliation. The nationalists argue that war is costly and hence we should accept working with the Taliban. However, countless civilians being slaughtered or abused by the Taliban on a daily basis is ignored as the human cost of Taliban rule. A doctrinal state imposes its ideology on every single individual even if it is at the cost of the individuals’ lives.

Fourth, the naive social-media public intellectuals suppose that they can hold the Taliban accountable by citing some verses of the Quran or some articles of the law of Afghanistan. It is not that ideological totalitarian regimes do not understand what law is; rather the Taliban misuses the law to further limit the sphere of civil society and expand the regime’s control. Hannah Arendt argued that totalitarianism is primarily a denial of law, the emergence of a state in the absence of law. By this standard, the Taliban are simply a totalitarian entity.

The assumption that the Taliban would be held accountable through a Twitter post is naïve. The issue is not negligence in the application of the law by the Taliban; rather, the fundamental issue is the group’s illegitimate rule. The Taliban have suspended a functioning state apparatus by military takeover of the state that led to the collapse of the republic, purging many technocrats from bureaucracy and creating an environment of terror, intentionally undermining the Doha peace talks.

Lastly, cultural particularism suggests that the Taliban represent a specific culture and shall be given time to adapt and develop according to its own history and context. Taking a relativist stance, it is said that there is no ultimate truth and no one is a final arbiter. Thus, relativist logic fails to recognize evil in its totality. The truth about the evil nature of the Taliban could not simply be dismissed by reducing the issue to a matter of a difference of opinion.

Unlike relativists, cultural pluralists are not naïve enough to engage with evil. According to their line of thinking, although ultimate values are diverse, they are knowable; any order which negates and denies peaceful coexistence is outlawed. The Taliban eschews all forms of coexistence. They treat the Persian-speaking Tajiks, Hazaras and other nationalities as second or third-class subjects. They campaign against Persian cultural heritage such as Nawroz celebrations, the Persian language and much of the country’s pre-Islamic heritage.

Exponents of the Taliban have to respond to both a moralist and a realist question in politics. From a moralist standpoint, by neglecting or dismissing any moral standard, they adopt a peace activist cover. They aim to humanize the Taliban in order to make the group pleasantly acceptable.

The question here is, what is a morally correct stance against a terrorist group that has a track record of deliberately inciting ethnic hatred, racism, ethnic supremacy, oppression, mass atrocities and terror? The answer is clear: Any act that demonizes humans and perpetuates violence for the sake of subjugation of others is condemned. The perpetrator would thus be fully responsible.

On the contrary, any single word that misrepresents the Taliban and presents a false benign image of the group is a betrayal of the moral principle of justice, liberty and claims of intellectualism. Any responsible citizen and public intellectual has a moral obligation to not just renounce them publicly but to denounce totalitarian regimes and any act of terror.

Denunciation not only entails a public condemnation of evil in its totality but also an avoidance of any word or deed that contributes to the consolidation of the regime. By any standard, a terrorist group does not have a right to rule. Anyone who advises or applauds terrorist statements or policies is morally bankrupt. When faced with a totalitarian regime, one can only be either for or against it.

Lastly, the realist question is what British philosopher Bernard Williams calls the Basic Legitimation Demand (BLD): “the idea of meeting the BLD implies a sense in which the state has to offer a justification of its power to each subject.” This is the very first question in politics.

Before any other virtues, a state has to present an acceptable answer to those that it rules. Otherwise, the people who consider themselves alien to the rulers and have a basic fear of subjugation, humiliation and persecution, as well as those who are radically disadvantaged, have every right to disobey. As Williams says, “there is nothing to be said to this group to explain why they shouldn’t revolt.”