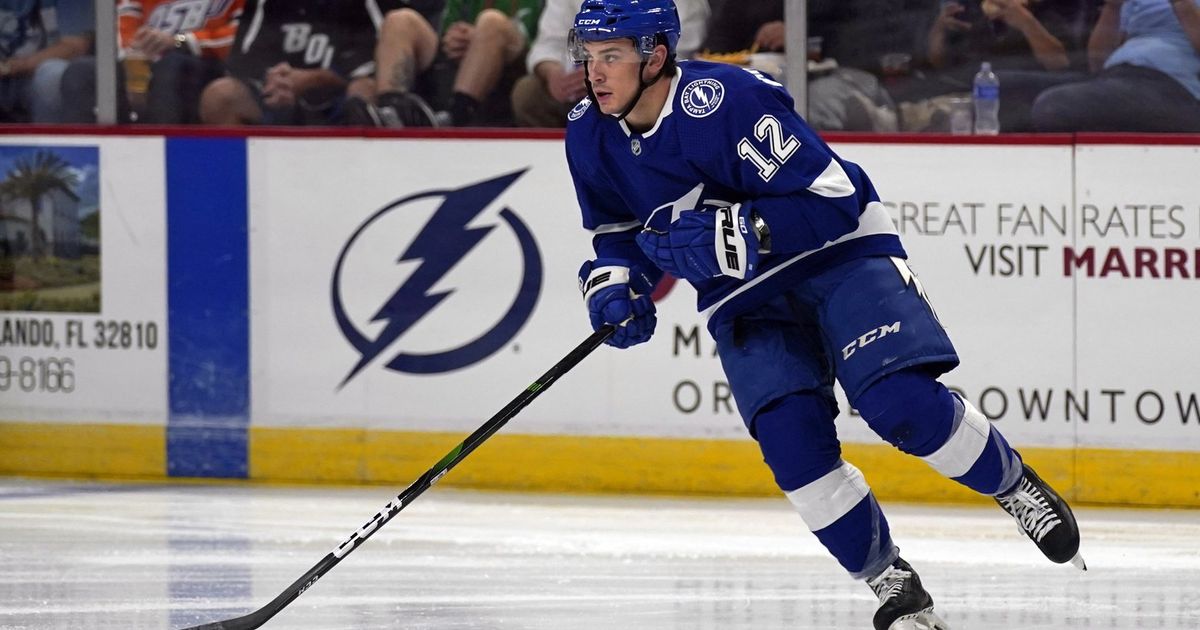 LAS VEGAS — Alex Barre-Boulet had a crazy 48-hour stretch this week. That fits well with the general theme around the Kraken these days.

Once the Kraken had four forwards in COVID-19 protocol — just Calle Jarnkrok remains there now — general manager Ron Francis made the move to acquire the former Tampa Bay center. Seattle was third in the NHL waiver order; he didn’t get far.

The travel, though, is a different story.

Barre-Boulet didn’t arrive in Las Vegas in time for Tuesday’s morning skate, but they didn’t need him for that night’s game once Jared McCann, Jonnas Donskoi and Marcus Johansson were out of COVID-19 protocol.

Either way, Barre-Boulet doesn’t have a ton of time to learn the systems, but he did have a little help from a friend to get acclimated.

“Probably not too long, it’s pretty much the same as Tampa, a little bit, it looks like,” he said. “There’s some different things, but I think I could get used to it pretty quick. … I talked with (Kraken center) Yanni Gourde a little bit when I was coming here; he told me it was a great group of guys.”

Gourde, on injured reserve but traveling with the team, was teammates with Barre-Boulet with Tampa Bay last season.

Barre-Boulet played just 15 games with the Lightning but made an impact. He was undrafted but created a solid rep around the league while starring in the AHL. Even though he has just three NHL goals, he has been highly touted, which explains why he was quickly claimed on the waiver wire.

In 144 games with Syracuse, the Lightning’s AHL club, Barre-Boulet had 69 goals and 136 points. He was the AHL’s Rookie of the Year in 2018-19 and has been among the top six scorers in the AHL his first two seasons.

There’s some offensive potential on a Kraken roster still figuring out how to create goals, especially with so many forwards — Johansson, Gourde, Jarnkrok and Colin Blackwell — out to start the season. Barre-Boulet said he hopes to bring a strong offensive game to the Kraken, but first he’ll need to adjust to the lineup.

“We just tried to get him in the mix (on Wednesday),” Hakstol said. “We got him on a line this morning, so it’s a lot happening for him over the last 24 hours. … Just a good chance to get him into the mix, get through a full practice and make some decisions for the lineup tomorrow.”

Barre-Boulet was battling for one of the last two forward spots on the Lightning, the two-time defending Stanley Cup champion, and was beaten out by Taylor Raddysh and Boris Katchouk.

He spent some time on the top forward line with Tampa in his 15 games last season when Steven Stamkos was out because of an injury.

After a hectic couple of travel days Monday and Tuesday to join the Kraken, Barre-Boulet traveled with the team to Nashville following practice Wednesday. With the chaos behind him, he and the group can set their sights on integrating him into the lineup.

“It’s a fresh start with a fresh team,” Barre-Boulet said. “I was really happy.”