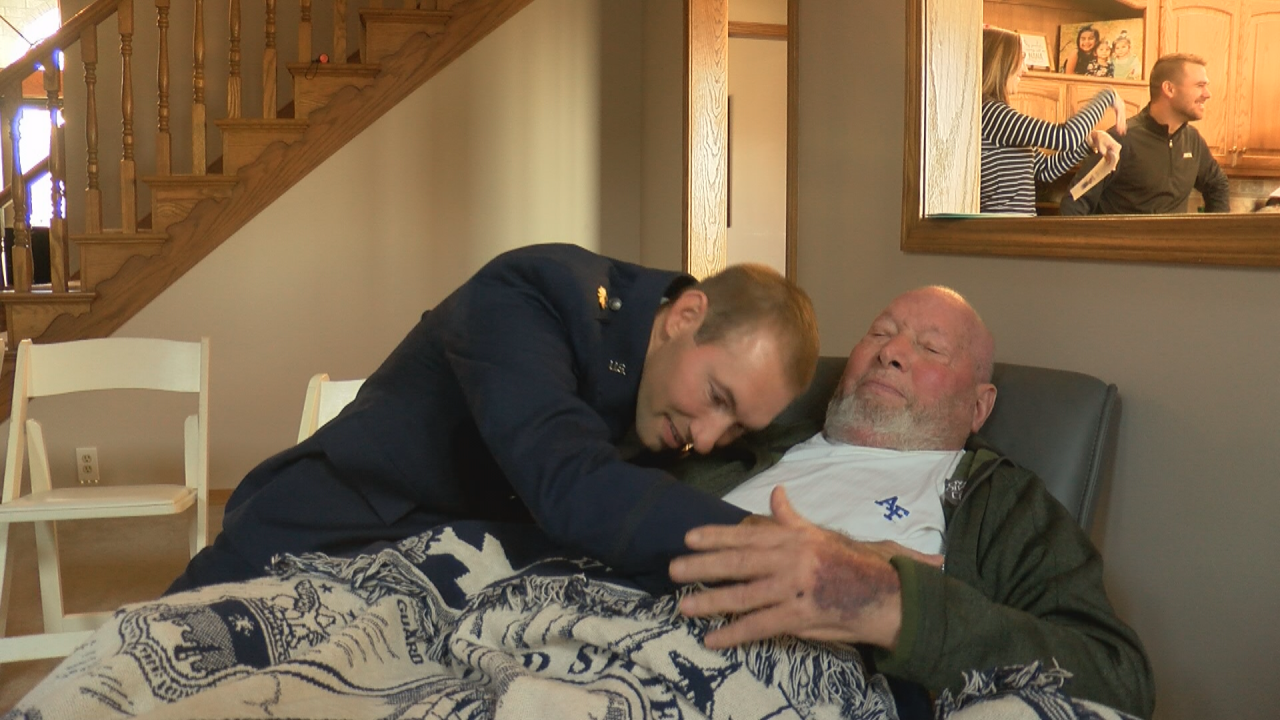 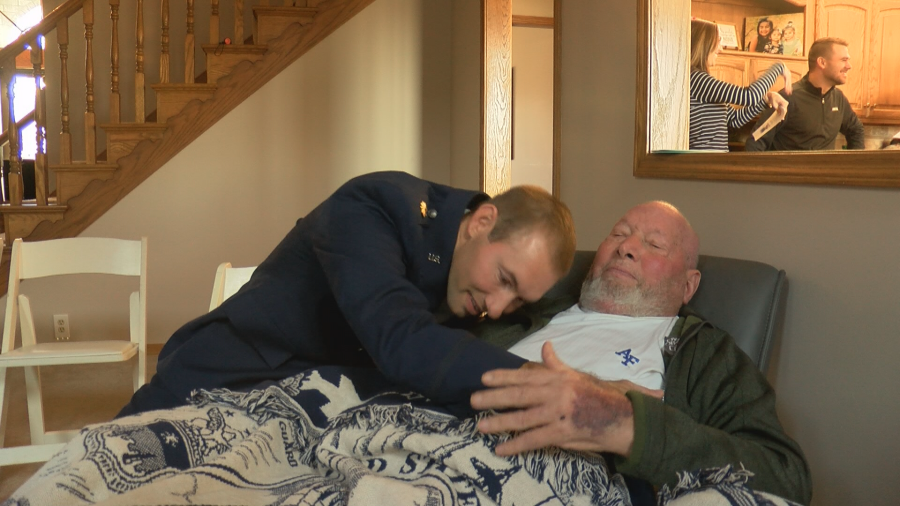 WICHITA, Kan. (KSNW) — An Air Force officer’s promotion ceremony was moved from Utah to his hometown of Wichita, Kansas, this week for one important family member.

Major Travis Deckert says his father has helped him get through the tough times since his first day in uniform.

“Thirteen years ago, when I started the Air Force Academy, I hated every day of it,” Travis told Nexstar’s KSNW. He says his dad was rooting for him the whole time, though.

“I hated having to run the class and carry my backpack … I hated having to do all the pushups and situps, but the one thing that was true the entire time was my dad would always support me,” Travis explained. “He would always send me letters and just tell me to never give up because he knew what I would give up if I didn’t make it and what I would be afforded after if I was able to complete the Air Force Academy.”

Nearly a decade later, Travis said he got the news he never wanted to hear.

“I get a call that my dad’s in the ICU, and it resulted in stage four brain cancer,” Travis said. “These last 11 months, I’ve seen my dad persevere and get through all these treatments and radiation.”

His father, Don Deckert, has made it 11 months since the diagnosis, but doctors now expect he only has a few weeks left to live.

It makes the moment to watch his son get promoted to major that more special.

It made for an emotional ceremony for Travis. Even though it’s a bittersweet moment, this memory is one he will be able to hold onto forever.

“I just want to say thank you dad for supporting me during that entire time and throughout the rest of my career,” said Travis. “It’s truly an honor to have this with him present.”

Travis plans to celebrate the promotion by spending time with his father and other family members for the holidays. He says the ceremony was possible with the help of his boss, colonel, family, and friends.