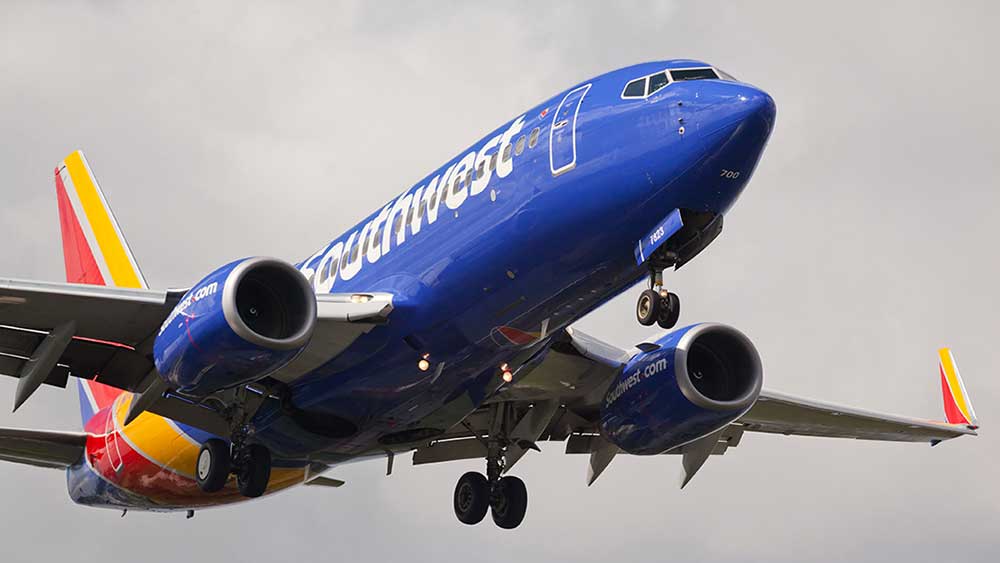 Southwest stock fell on Monday after the carrier canceled more than 2,000 flights over the weekend, as other airline stocks remained quiet.

The airline had canceled 355 flights midday on Monday, according to FlightAware. On Sunday, Southwest Airlines (LUV) canceled 1,124 flights, according the flight-tracking platform.

The exact reasons for Southwest’s cancellations are in dispute, and arrive after Southwest last week instituted a vaccine mandate for employees.

But the cancellations are the latest difficulty for Southwest, as it and other airline stocks deal with subdued travel demand due to the coronavirus pandemic.

Southwest had attributed the disruptions to staffing issues in Florida and weather in the region. The company did not respond to a request for comment on Monday.

However, Southwest’s pilots union, in a statement on Sunday, called those issues a “minor temporary event.” And it blamed a “lack of support” from the company, and noted scores of flights that were canceled in June due to an IT failure.

However, the union on Sunday said its own members weren’t to blame.

“I can say with certainty that there are no work slowdowns or sickouts either related to the recent mandatory vaccine mandate or otherwise,” Casey Murray, the union’s president, said in the statement.

Southwest’s flight attendants union was not immediately available for comment.

Southwest 3.3% to 52.15 in the stock market today. Among other airline stocks, Delta dipped 0.25%. Delta reports third-quarter earnings on Wednesday.

Other airlines, like United, American and JetBlue (JBLU), have instituted vaccine requirements. Delta has not issued such a requirement. United has said that 99% of its U.S. staff had received their shots.

Southwest on Oct. 4 said its employees needed to be fully vaccinated against Covid-19 — or be approved for an accommodation — by Dec. 8.

“Southwest Airlines must join our industry peers in complying with the federal government’s Covid-19 vaccination directive,” CEO Gary Kelly said in a statement at that time.

However, the pilots union moved to temporarily halt the vaccination requirements. The union said in a court filing on Friday that the mandate “unlawfully imposes new conditions of employment.” That effort was part of an existing lawsuit in August over other labor disputes.

In a statement on Oct. 5, the union said it was not anti-vaccination. But it said it had “not had any meaningful conversation with management about levels of antibodies, natural immunity, or any other type of qualified exemptions.”

Are Any Airline Stocks Buys As These Names Consolidate?

Here’s How To Get A Free Trial Of IBD Leaderboard