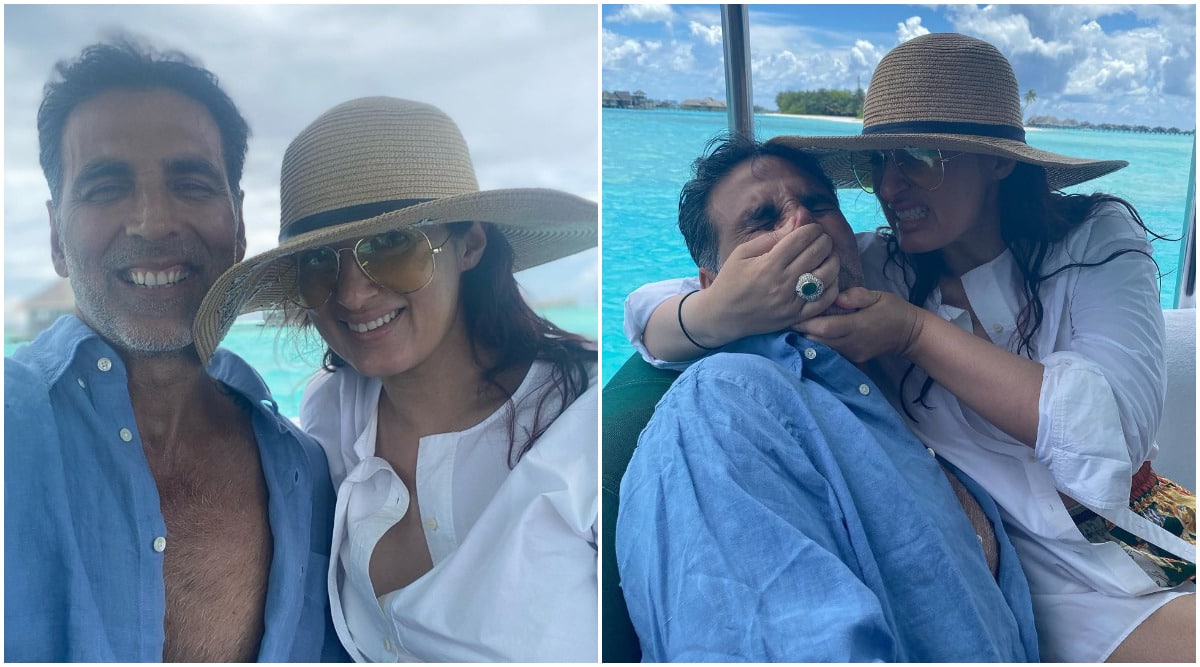 Akshay Kumar and Twinkle Khanna are all set to celebrate the latter’s birthday in the Maldives with their daughter Nitara. The couple has shared candid videos of themselves enjoying the sea breeze and having fun at the picturesque destination. The two will reportedly also bring in the New Year there as Akshay has taken a break from his hectic shoot schedule.

Akshay took to his Instagram to share a video of himself cycling at one of the plush resorts in Maldives, and wrote, “When your Monday looks like a Sunday :).”

Akshay is wearing a breezy tropical print shirt and shorts and flaunting his grey stubble. A song from his latest release Atrangi Re, “Rait Zara Si” plays in the background.

Twinkle shared a video of herself strolling as she enjoys the view of the ocean and then pacing towards daughter Nitara. She wrote, “Birthday celebrations have already begun with trapping golden sunlight within the pores of my skin, my hair salty from the hazy blue sea and my heart filled to the brim.”

For Twinkle’s special day, Akshay has taken a break from his busy shooting schedule. The actor has had a busy year this year with back to back film releases. His latest film to be released was Aanand L Rai’s Atrangi Re, streaming on Disney+ Hotstar. Akshay plays a magician — a special cameo — in the Dhanush and Sara Ali Khan starrer.

Akshay’s Sooryavanshi released in theatres last month after being postponed due to the coronavirus pandemic. It has collected ₹195.04 crore at the domestic box office so far. His Bell Bottom also released earlier this year. He has three more films awaiting release — Bachchan Pandey, Prithviraj and Raksha Bandhan. After the vacation, Akshay will resume shooting for Ram Setu and OMG 2 – Oh My God! 2.