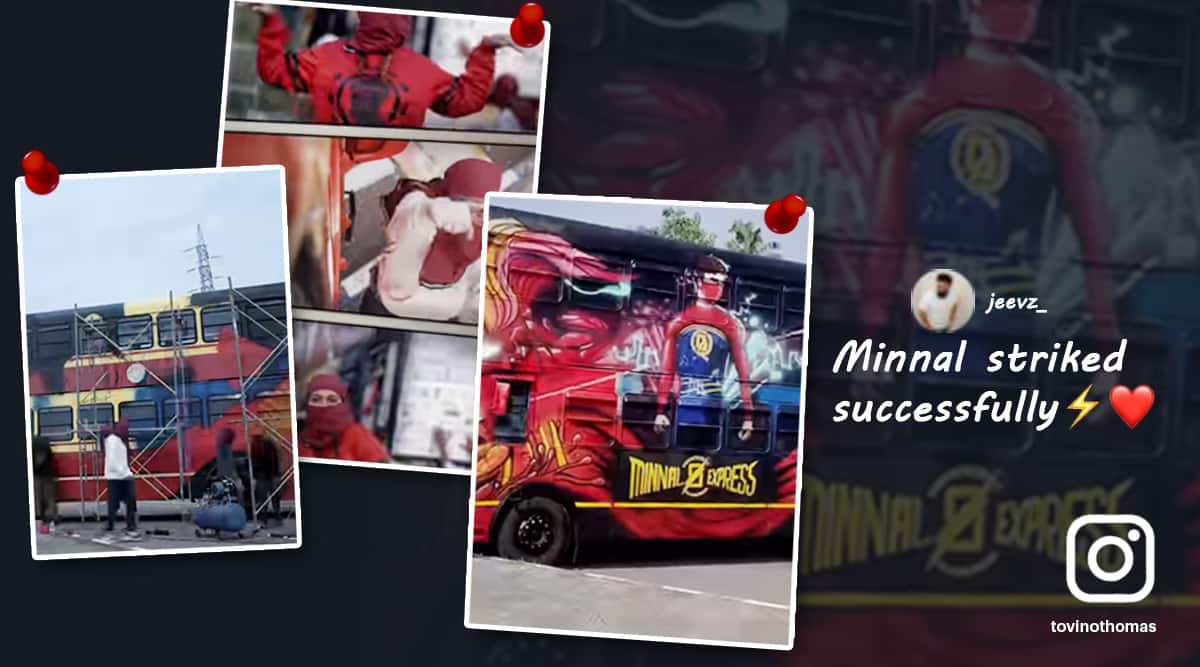 ‘Minnal Murali’ actor Tovino Thomas gave much joy to fans after he shared the ‘flying high’ video wherein he was seen making ‘new moves for next mission.’ While the film earned lot of praises, the actor has now shared a reel of ‘Minnal Express’.

The Kerala State Road Transportation Corporation bus is featured in key scenes in the movie. In the video, three artists fill a double decker KSRTC bus with ‘Minnal Murali’ graffiti on the road. “All aboard the Minnal Express,” read the caption of the reel.

They have also adapted the superhero’s style in their moves. As the bus gets adorned with ‘Minnal Murali’ graffiti, the sky gets cloudy. A paint bottle falls down from a stand and one of the artists flips it like the homegrown superhero.

The camera pans and shows Minnal Express in its entirety. Intermittent lightning gives the movie’s effect, ‘minnal’ that bestowed character Jaison with the superpowers. With superhero Minnal Murali’s picture drawn on both sides, the bus traverses through the streets of Thiruvananthapuram. People watch the bus in awe. Students, youngsters can be seen clicking selfie with ‘Minnal Express’ in the background.

Posted on December 27, the clip has garnered over 4 lakh likes. Netizens are full of praise for the video. “Minnal striked successfully,” commented a user.

Kerala Police’s ‘Minnal Murali’ spoof went viral earlier. Unlike the inefficient police officers in the movie, in the spoof, law enforcement agency always shows up in time when something bad is going down.