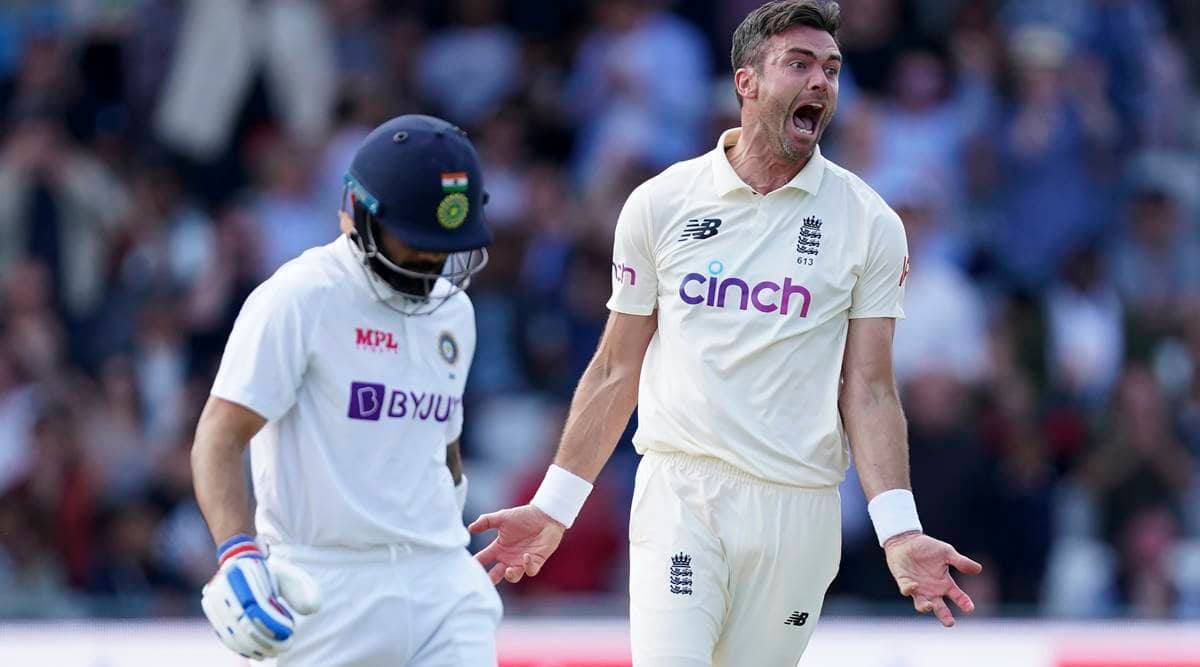 “Until now we have found ways of getting him (Virat Kohli) out, we have found ways of building pressure on him and keeping him quiet because he is obviously a fine player, a tremendous thing in Test cricket. Hopefully, that relentless pressure we can continue with, moving forward,” England captain Joe Root said at a press conference, two days ahead of the fourth Test.

A casual glance might make it seem Kohli’s troubles have been because he has been poking outside off stump but it has to be said that England’s bowlers have had their own unique pressure channels in that region.

James Anderson has troubled him with the wobble ball deception that has left Kohli unsure about its destination, and been resultantly iffy in defence. Ollie Robinson has sought to punctuate his nipbackers with the one that holds its line with extra bounce and has been successful in opening up Kohli a touch. The left-handed Sam Curran has largely worked on Kohli’s patience and drawn error with well-outside-off deliveries.

Kohli who is a great believer of showing intent with the bat has been kept on a leash. “You can’t hit out of trouble, here”, he said at the end of the Lord’s Test. In three Tests against England so far, Virat Kohli has faced 277 deliveries and hit 16 fours. His boundary percentage is 5.78 and his strike rate is 44.76. In Test cricket, the strike rate is more applicable to the bowlers, while Kohli’s boundary-count in the ongoing series doesn’t reflect much in terms of the fallow phase he has been going through with the bat. But there’s a catch. In 2018, when he had scored 593 runs, including two hundreds in five Tests in England, Kohli had faced 1,025 deliveries and hit 67 fours and a six. His boundary percentage back then, 6.63, was better than what he has after three Tests this term. Also, his strike rate was 57.58. Staying longer at the crease had reflected in his numbers three years ago. Kohli and Anderson had an angry exchange during the first session on Sunday. (Reuters Photo)

One of the reasons why Kohli hasn’t yet got going in this series, save a half-century, is the relentless pressure applied on him by the England bowlers.

At Trent Bridge, the only innings he played, Kohli was out for a golden duck, caught Jos Buttler bowled Anderson. At Lord’s, he was caught at first slip by Joe Root off Ollie Robinson in the first innings and was out caught behind off Sam Curran in the second. Headingley, too, had a similar sequence – caught behind off Anderson in the first innings and caught at slip against Robinson in the second. Kohli’s dismissal in the second innings at Leeds was a case in point as regards to how England bowlers have strangled him.

The India captain looked fluid on Day Three when Anderson and company had strayed in line and length. Swing with the older ball was also predictable. The next morning, Root took the second new ball, which moved late and the England bowlers straightaway started to hit the right areas. The first three overs were maidens and that was when pressure started to build, eventually resulting in the dismissals of Cheteshwar Pujara and Kohli. Kohli has said he is up for the challenge.

“We have to keep double concentration and we should take that as an opportunity; a test of our character, patience and resolve,” he had said after the third Test.