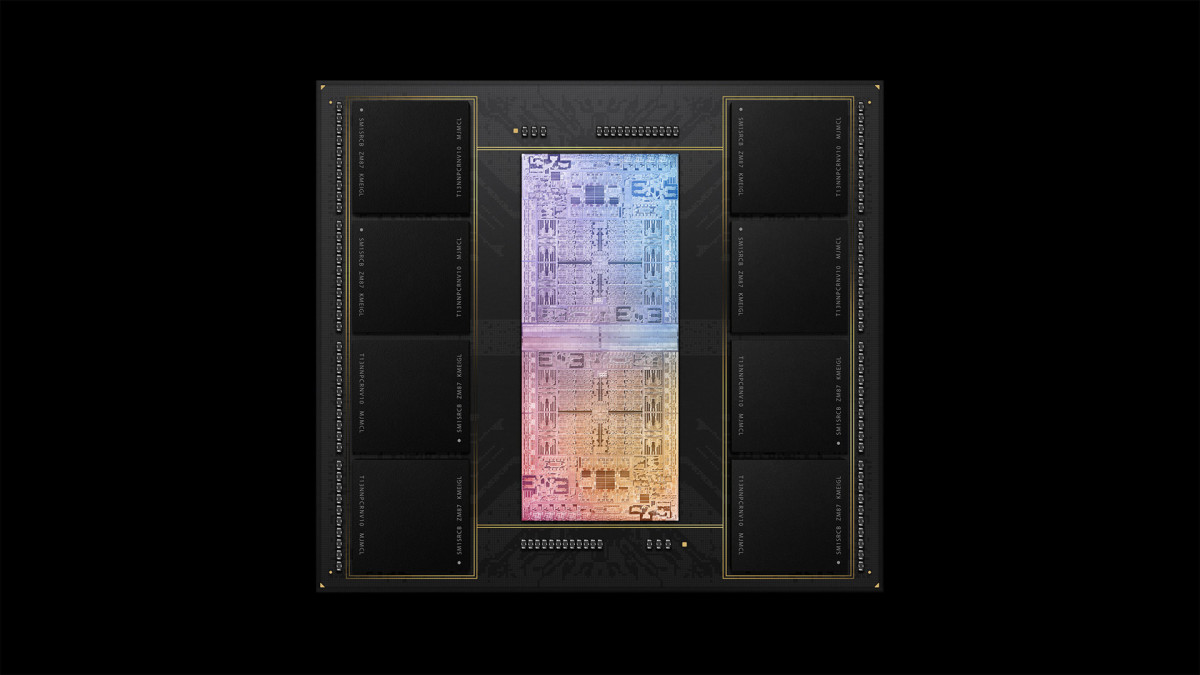 Apple  (AAPL) – Get Apple Inc. Report is used to dealing with skeptics. Each time the Cupertino, Calif., tech giant has said it would launch a new product in an already mature and saturated market, its announcements have been met with skepticism.

This was the case with the iPhone and the iPad, and even more recently when it introduced the Apple Watch. After a hesitant start, sales of the smartwatch have taken off, helped by the health services Apple offers.

Given this history, one would have thought that critics had learned their lessons and would give more credit to Tim Cook’s company when Apple announced its chip ambitions, “Apple Silicon,” in 2020.

Less harsh critics thought that by talking about developing the chips for its laptops and desktop computers in-house, Apple was trying to force Intel’s  (INTC) – Get Intel Corporation Report hand in dealings between the two tech giants. In view of Apple’s recent announcements, it is clear that they were very mistaken.

A New and Powerful Chip

Apple recently launched the M1 Pro and M1 Max chips alongside its new MacBook Pro laptops. Now, the company is taking things to a whole new level with the new M1 Ultra chip, presented on March 8 during the company’s first big event of 2022.

The M1 Ultra, Apple said, is its most powerful variant of the original M1 chip lineup.

To house the new chip, Apple unveiled the Mac Studio desktop and a new monitor called the Studio Display that can be paired with any Mac, including the Macbook Air and Macbook Pro models. Mac Studio is a new desktop computer aimed at creative professionals that promises plenty of power (and a hefty price tag).

Apple will offer two versions of the Mac Studio, one with the M1 Max chip and the other using the M1 Ultra chip.

Mac Studio with the M1 Ultra is 80% faster than the fastest MacBook Pro, the company says. And the new chip is advertised as more powerful and more energy efficient than the three previous generations — M1, M1 Pro and M1 Max. That feat puts Apple ahead of the competition.

“M1 Ultra is another game-changer for Apple silicon that once again will shock the PC industry,” said Johny Srouji, Apple’s senior vice president of hardware technologies, in a news release. “M1 Ultra completes the M1 family as the world’s most powerful and capable chip for a personal computer.”

Here is a brief summary of the technical details of this chip that Apple presents as a game changer:

The graphics part of the processor has evolved with a 32-core neural engine and a 64-core graphics-processing unit to run even the most demanding tasks, such as compiling code, transcoding video and working in huge 3D environments. This should normally end up improving performance by ensuring, among other things, good performance in all software that relies on artificial intelligence.

Apple says the new chip delivers up to eight times faster graphics-processing-unit performance than the M1 chip does. It’ll be interesting to see how that plays out with the M1 Max chip, though.

This means less energy is consumed and fans run quietly, even with apps with demanding workflows, such as processing massive amounts of virtual instruments, audio plug-ins, and effects, the company said.

Since Apple hasn’t exactly mentioned any competing chips, that’s something users have to test out once they get the new machines powered by that particular chip.

“This enables M1 Ultra to behave and be recognized by software as one chip, so developers don’t need to rewrite code to take advantage of its performance,” the company explained.

The three main characteristics you will notice in use are the speed of execution, the autonomy of your Mac and the silence in use.

Speed ​​is tied to Apple’s mastery of hardware and software, like on the iPhone. The autonomy of Macs comes from the M1 Ultra’s ability to use low-power cores for common tasks. The silence is the consequence of the first two points: better energy management requires less cooling.

What Does This Mean for Intel?

Apple no longer has to pay Intel for its processors, which is a good thing for consumers. Macs with Apple Silicon M1 processors are falling in price. Pooling production lines and making its own components may enable Apple to recoup more than the price drop cuts into revenue.

A few minutes after the March 8 event, Apple finally stopped selling the 27-Inch Mac from its online store. Two Macs still work with Intel chips, the Mac Pro and Intel Mac Mini. It’s safe to say that their days are numbered.

Apple was one of Intel’s biggest customers. By announcing the fourth generation of chips, Apple is shaking up Intel. And the Santa Clara, Calif., chip giant must react quickly if the group wants to continue to play the leading role in the semiconductor market.