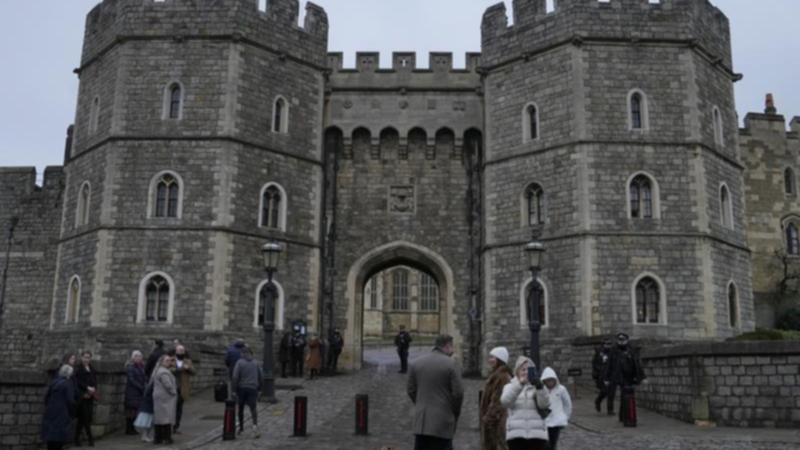 An armed man has been arrested after breaking into the grounds of Windsor Castle.

Officers from Thames Valley Police and the Metropolitan Police responded to a security breach at about 8.30am local time (7.30pm AEDT) on Christmas Day within the grounds of the castle in Berkshire where the Queen is in residence.

TVP said a 19-year-old man from Southampton was arrested on suspicion of possession of an offensive weapon.

The man, who is in custody, was not in any buildings on the estate and police said he was monitored and picked up within moments of entering the castle grounds.

The Queen is spending Christmas Day at Windsor Castle and was expected to have lunch with the Prince of Wales and the Duchess of Cornwall, and the Earl and Countess of Wessex.

Charles, Camilla, Edward and Sophie, along with their children Lady Louise and James, Viscount Severn, attended a church service in St George’s Chapel in the castle grounds at 10.45 on Christmas morning.

“An investigation is ongoing following this incident and we are working with colleagues from the Metropolitan police,” TVP Superintendent Rebecca Mears said.

“The man has been arrested on suspicion of breach or trespass of a protected site and possession of an offensive weapon.

“He remains in custody at this time.

“We can confirm security processes were triggered within moments of the man entering the grounds and he did not enter any buildings.

“Members of the royal family have been informed about the incident.

“We do not believe there is a wider danger to the public.”