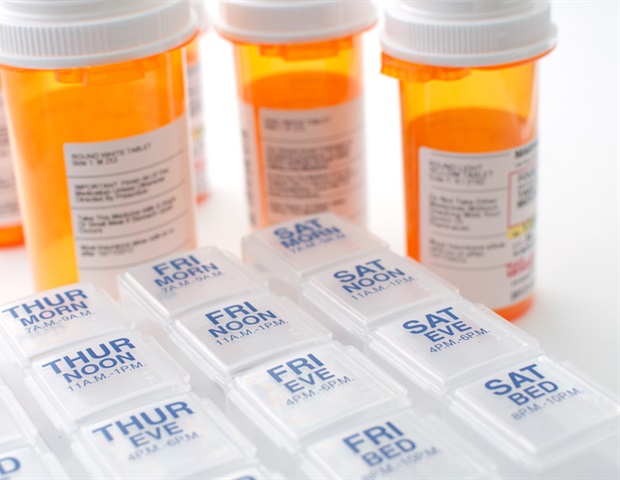 When state senators in South Carolina held two hearings in September about covid-19 treatments, they got an earful on the benefits of ivermectin — which many of the lawmakers echoed, sharing experiences of their own loved ones.

The demands for access to the drug were loud and insistent, despite federal regulators’ recent warning against using the drug to treat covid.

Ivermectin is a generic drug that has been used for decades to treat river blindness, scabies and even head lice. Veterinarians also use it, in different formulations and dosages, to treat animals for parasites like worms.

At one of the South Carolina hearings, Pressley Stutts III reminded the panel that his father, a prominent GOP leader in the state, had died of covid a month earlier. He believed ivermectin could have helped him. But doctors at the hospital wouldn’t discuss it.

“I went every bit as far as I could without getting myself thrown in jail trying to save my father’s life,” he told the panel, as lawmakers offered condolences.

“What is going on here?” he asked, with the passion in his voice growing. “My dad’s dead!”

The pleas to public officials have been building. And now politicians are beginning to act, largely to satisfy their conservative constituents.

After the pandemic began, scientists launched clinical trials to see if ivermectin could help as a treatment for covid. Some are still ongoing. But providers in mainstream medicine have rejected it as a covid treatment, citing the poor quality of the studies to date, and two notorious “preprint” studies that were circulated before they were peer-reviewed, and later taken off the internet because of inaccurate and flawed data.

On Aug. 26, the Centers for Disease Control and Prevention advised clinicians not to use ivermectin, citing insufficient evidence of benefit and pointing out that unauthorized use had led to accidental poisonings. Vaccination, the CDC reiterated, is still the best way to avoid serious illness and death from the coronavirus.

But many Americans remain convinced ivermectin could be beneficial, and some politicians appear to be listening to them.

“If we have medications out here that are working — or seem to be working — I think it’s absolutely horrible that we’re not trying them,” said Republican state Sen. Tom Corbin in South Carolina. He questioned doctors who had come to the Statehouse to counter efforts to move ivermectin into mainstream use.

The doctors challenged the implied insult that they weren’t following best practices: “Any implication that any of us would do anything to withhold effective treatments from our patients is really insulting to our profession,” said Dr. Annie Andrews, a professor at the Medical University of South Carolina who has cared for covid patients throughout the pandemic.

Instead of listening to the medical consensus, some politicians in states like South Carolina seem to be taking cues from doctors on the fringe. During one September hearing, state senators patched in a call from Dr. Pierre Kory.

Last year, Kory started a nonprofit called the Front Line COVID-19 Critical Care Alliance, which promotes ivermectin. He said he’s not making money by prescribing the drug, though the nonprofit does solicit donations and has not yet filed required financial documents with the IRS.

Kory acknowledged his medical opinions have landed him on “an island.”

He first testified about ivermectin to a U.S. Senate committee in December. That video went viral. Although it was taken down by YouTube, his Senate testimony prompted patients across the country to ask for ivermectin when they fell ill.

Kory said he has effectively lost two jobs over his views on ivermectin. At his current hospital in Wisconsin, where he runs the intensive care unit two weeks a month, managers called him to a meeting in September, where he was informed he could no longer prescribe ivermectin. He’d been giving it to “every patient with covid,” he said.

“After the pharma-geddon that was unleashed, yeah, they shut it down,” he told the South Carolina lawmakers. “And I will tell you that many hospitals across the country had already shut it down months ago.”

Framing the ivermectin fight as a battle against faceless federal agencies and big pharmaceutical corporations appealed to Americans already suspicious of the science behind the pandemic and the approved covid vaccines.

Kory suggests success stories with covid treatments in other parts of the world have been suppressed to instead promote the vaccines.

In an interview with NPR, Kory said he regrets the flashpoint he helped ignite.

Patients are still demanding the treatment, but doctors sympathetic to their wishes are being told by their health systems not to try it.

Now conservatives in elected office are sensing political payoff if they step in to help patients get the drug. State legislatures, including those in Tennessee and Alaska, are debating various ways to increase access to ivermectin — with proposals such as shielding doctors from repercussions for prescribing it, or forcing pharmacists to fill questionable prescriptions.

The Montana State News Bureau reported that the state’s Republican attorney general dispatched a state trooper to a hospital in Helena where a politically connected patient was dying of covid. Her family was asking for ivermectin.

In a statement, St. Peter’s Hospital said doctors and nurses were “harassed and threatened by three public officials.”

“These officials have no medical training or experience, yet they were insisting our providers give treatments for covid-19 that are not authorized, clinically approved, or within the guidelines established by the FDA and the CDC,” the statement added.

On Oct. 14, the Republican attorney general in Nebraska addressed the controversy, issuing a nearly 50-page legal opinion arguing that doctors who consider the “off-label” use of ivermectin and hydroxychloroquine for covid are acting within the parameters of their state medical licenses, as long as the physician obtains appropriate informed consent from a patient.

Some patients have filed lawsuits to obtain ivermectin, with mixed success. A patient in Illinois was denied. But other hospitals, including one in Ohio, have been forced to administer the drug against the objections of their physicians.

Even as they gain powerful political supporters, some ivermectin fans say they’re now avoiding the health care system — because they’ve lost faith in it.

Lesa Berry, of Richmond, Virginia, had a friend who died earlier this year of covid. The doctors refused to use ivermectin, despite requests from Berry and the patient’s daughter.

They know better now, she said.

“My first attempt would have been to keep her out of the hospital,” Berry said. “Because right now when you go to the hospital, they only give you what’s on the CDC protocol.”

Berry and her husband have purchased their own supply of ivermectin, which they keep at home.

This story is from a partnership that includes NPR, Nashville Public Radio and KHN.