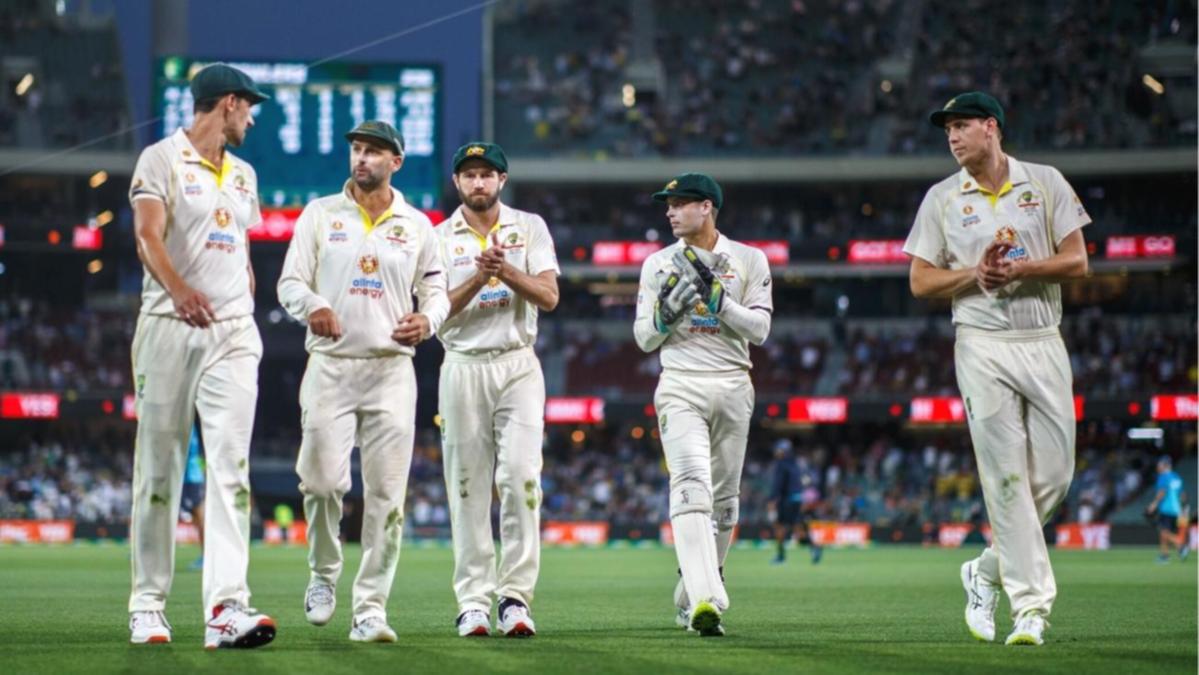 Cricket Australia is in the midst of another COVID-19 scare after a member of the media at Adelaide Oval for the second Ashes Test tested positive to the virus.

Just days after Australian captain Pat Cummins was ruled out of the Test after being deemed a close contact, officials had another issue to deal with on Sunday.

It’s believed the person who tested positive is a member of a radio crew, with both the BBC and ABC – who share some staff – considering whether they can cover the match from the ground on day four.

Media do talk with players when interviewing, however they have been asked to social distance from them this week and wear masks during the Test.

The person is believed to have interviewed an England batsman on Saturday.

Media who arrived from NSW and Victoria were tested on touching down and again on the sixth day of their stay.

Officials were confident on Sunday that the positive case would not have any impact on the players or match.

It comes after Mitchell Starc revealed on Saturday night that only an old-fashioned “piss-take” prevented more Australian bowlers being ruled of the Test.

Starc said he and Nathan Lyon didn’t sit with Cummins at the fateful Wednesday night dinner in Adelaide for one reason.

“It was almost a bit of a piss-take because Pat didn’t reply to our message,” Starc said.

“We thought we would sit away from him and sit outside.

Starc and Lyon dined outside while Cummins was inside the Little Hunter steakhouse in central Adelaide.

Another diner near Cummins was notified he had tested positive to COVID-19.

Due to Cummins’ proximity inside the restaurant, the skipper was deemed by South Australian Health as a close contact of the confirmed case.

That Thursday morning ruling meant Cummins was withdrawn from playing in Adelaide and forced into seven days isolation.

Starc said he and Lyon were unaware of the COVID drama until they returned to the team hotel.

They spent Wednesday night uncertain if they would be deemed close contacts and miss the Test.

“I slept quite fine. There wasn’t much I could do about it.”

Unlike Cummins, Starc and Lyon were ultimately cleared to play because they were seated outside at the restaurant.

Cummins and Cricket Australia struck a deal with SA Health on Friday to allow the skipper to return home to Sydney.

Cummins drove himself to Adelaide airport on Saturday and caught a single charter flight to Sydney.

Under a health system quirk, he won’t have to continue isolating in Sydney as NSW Health are yet to list the Adelaide steakhouse as a venue of COVID concern in that state.

Restrictions will become slightly harsher for players at the Tests in Melbourne and Sydney, ruling out indoor dining as well as activities like hair cuts and mixing with fans.