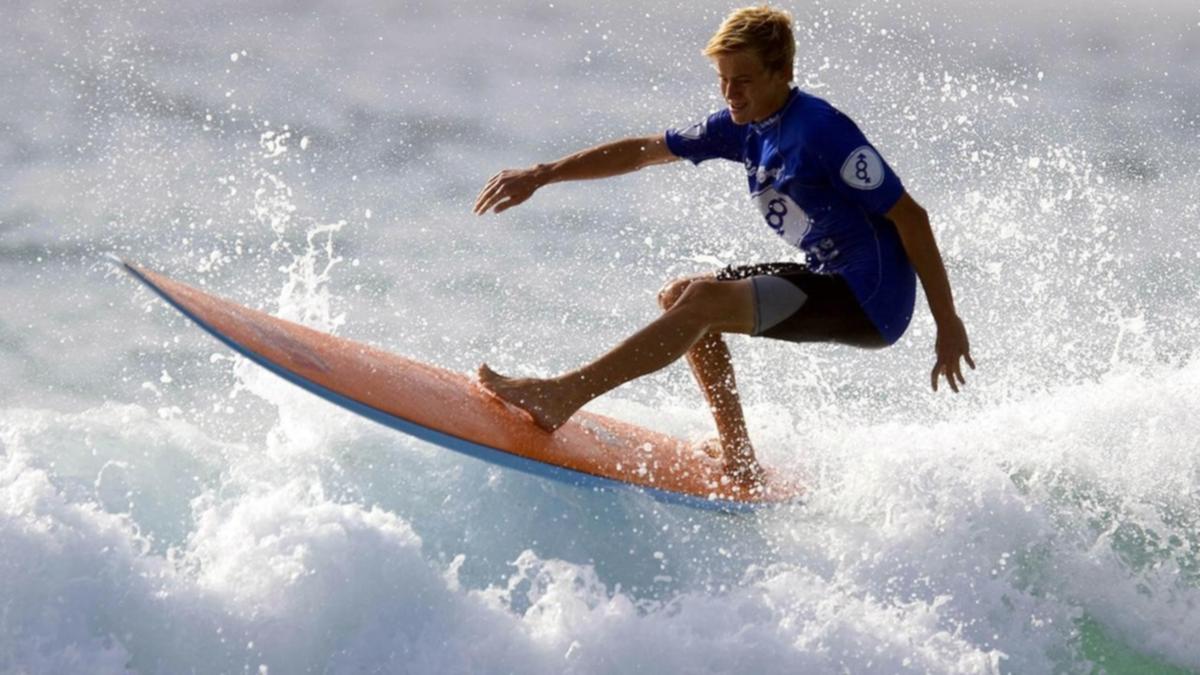 The Queenslander arrived at the season-ending Malibu Classic in California behind France’s Edouard Delpero in the championship race.

Delpero’s shock elimination in round two on Monday (Tuesday AEDT) created a chance for Roach to overtake him.

Roach duly moved into the No.1 ranking with a round one heat victory over Japan’s Taka Inoue and Peru’s Lucas Garrido Lecca.

The Australian has advanced into the round of 16 but has American two-time world longboard champion Joel Tudor and Hawaiian veteran Kai Sallas snapping at his heels.

If Roach can hang on to claim the title he’ll be Australia’s first longboard world champion since Harley Ingleby and Chelsea Williams won the men’s and women’s crowns respectively in 2014.

“A world title is definitely something I’ve always wanted and I’m happy to have a crack at it,” Roach told the World Surf League website before the event.

“I’m feeling confident in my surfing and building off the last event I’m really excited.

“Hopefully we get some fun waves and I can pull it off.”