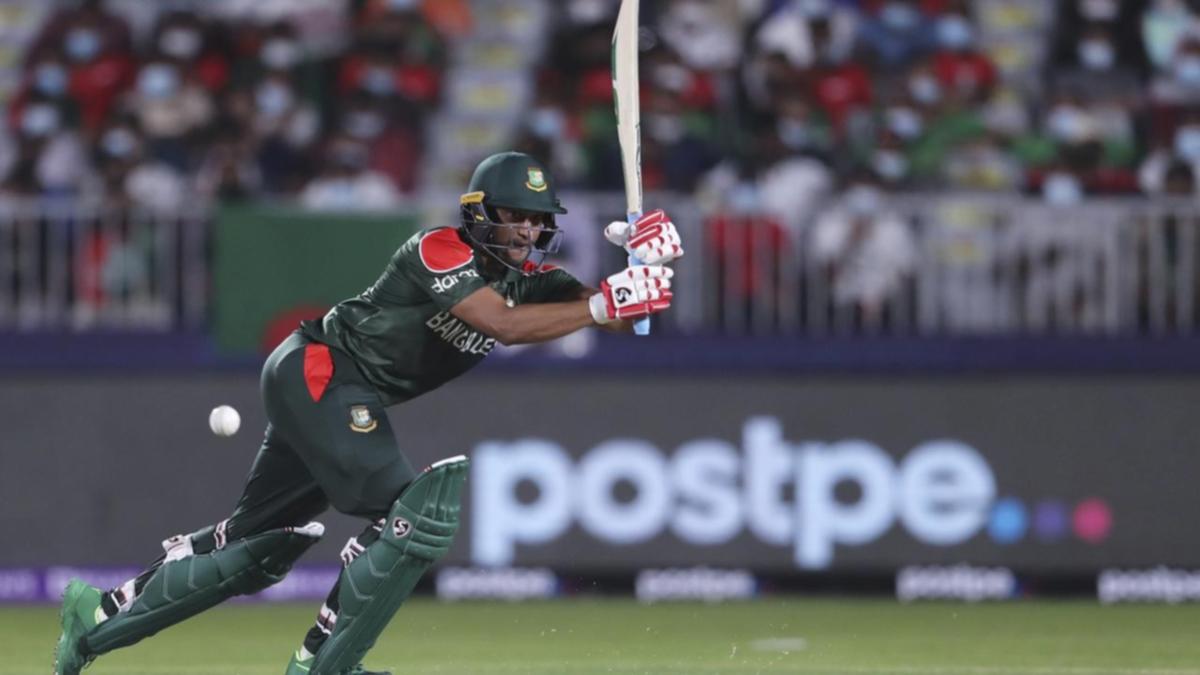 Bangladesh’s Twenty20 World Cup campaign is back on track after all-rounder Shakib Al Hasan inspired a comfortable 26-run win over Oman at Muscat.

After a shock opening loss to Scotland, Bangladesh have rekindled their hopes of reaching the Super 12 stage by overcoming the spirited co-hosts on Tuesday thanks to Shakib’s heroics.

Shakib thrashed 42 off 29 balls while opener Mohammad Naim was dropped twice on his way to 64 before Bangladesh were bowled out for 153 in their 20 overs after winning the toss.

Shakib then claimed 3-28 to earn man of the match honours while Mustafizur Rahman (4-36) recovered from an opening over that featured five wides to help restrict Oman to 9-127.

Opener Jatinder Singh top scored for Oman with 40 after receiving a life on 10.

“We’ll take this win, but I think there are a lot of areas we need to improve,” Bangladesh skipper Mahmudullah said.

“Shakib and Naim batted brilliantly, they had a good partnership and that took us to 150-plus but we should have done better with the new ball, bowled a lot of wides.”

Bangladesh are now tied on two points with Oman behind leaders Scotland on six, with all of the Group B teams having one match left.

The top two teams move through to the Super 12 stage.

Shakib was run out midway through the 14th over, ending an 80-run third wicket stand with Naim.

Oman were well poised for an upset at 2-80 after 11 overs but they also lost their way after Jatinder fell two overs later.

“It was quite a chaseable target, the way our opening stand went and we batted in the middle,” Oman skipper Zeeshan Maqsood said.

“But the last five, six overs didn’t go so well, we lost a lot of wickets.”