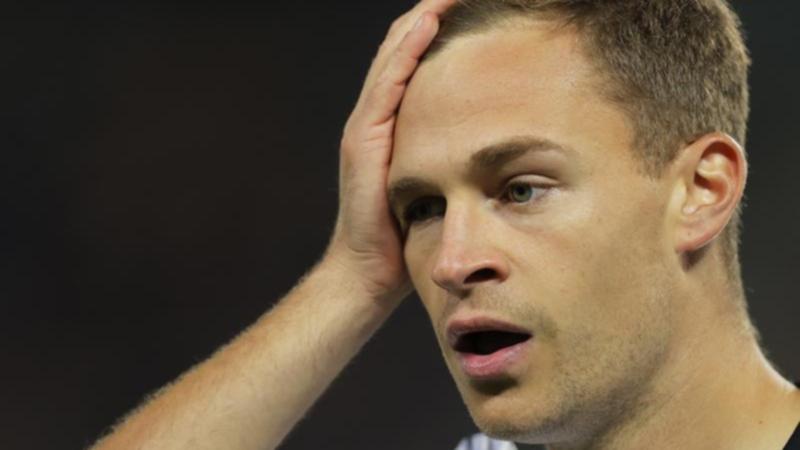 Joshua Kimmich and Eric Maxim Choupo-Moting have become the latest Bayern Munich players to test positive for COVID-19 but the German Football League (DFL) has dismissed a call to shut down the two top divisions for the rest of the year.

Bundesliga champions Bayern said that star midfielder Kimmich, who is not vaccinated, “is self-isolating at home after testing positive and added that the 26-year-old “is doing well.”

Forward Choupo-Moting “is self-isolating at home in accordance with the relevant health authorities and doing well under the circumstances,” added Bayern.

The pair are among five Bayern players who had to isolate after coming in close contact with people who’d contracted the coronavirus.

Kimmich sparked a major debate over vaccination in German professional football when he revealed a few weeks ago he had not been jabbed against the virus.

He also had to isolate two weeks ago along with others after Niklas Suele tested positive, despite the defender being fully vaccinated.

Suele returned to team training Wednesday along with full back Josip Stanisic who had also contracted the virus despite two jabs, Bayern said.

Serge Gnabry, Jamal Musiala and Michael Cuisance are the other players in isolation as close contacts.

Bayern, with a paper-thin squad already compromised by injury and suspension, only narrowly sneaked a 2-1 win in Tuesday’s Champions League visit to Dynamo Kiev.

Ironically, Kimmich’s infection comes just as it seemed he was willing to be jabbed.

“I have spoken with Jo and think it’s also going in the direction that he will let himself be vaccinated,” Germany coach Hansi Flick said on Wednesday.

These prompted the president of second division Erzgebirge Aue, Helge Leonhardt, to call for play to be stopped for the rest of the year in the two top divisions, and replay those games early in 2022.

But the DFL insisted: “The agreed position of all 36 clubs since the start of the pandemic has always been to act based on federal regulations.

“Therefore a self-imposed nationwide lockdown in the form of a season interruption is not an issue.”