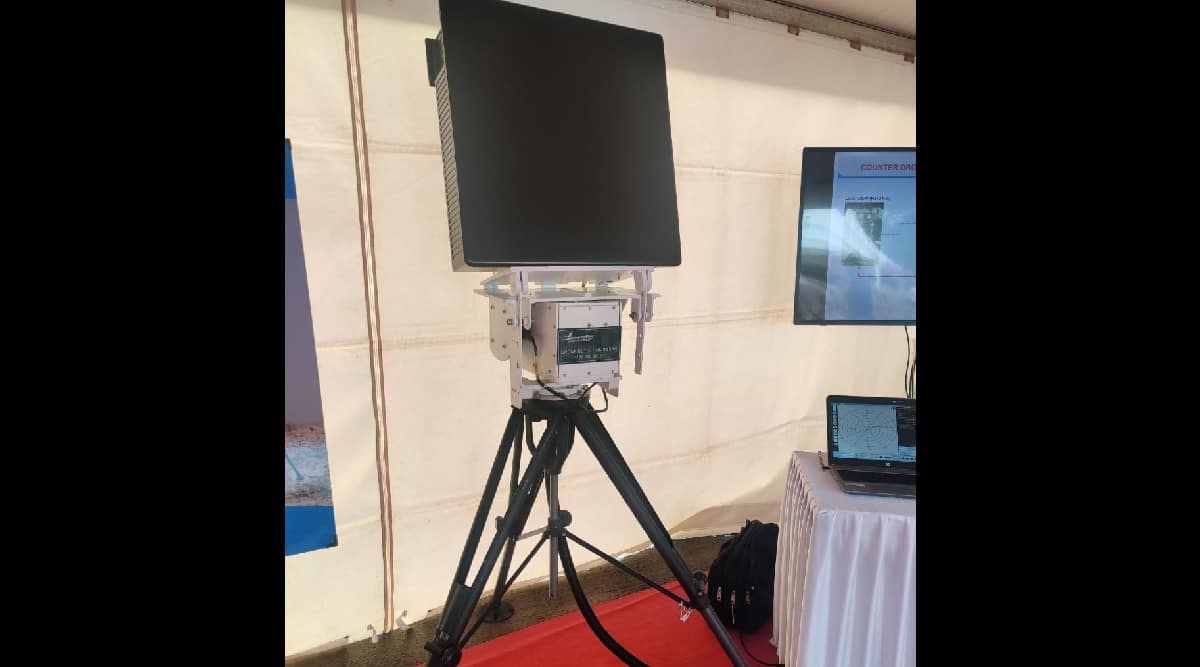 The Bharat Electronics Limited (BEL) has developed frequency-modulated continuous-wave (FMCW) drone detection radar to detect and track mini- and micro-class drones and UAVs. BEL officials said that they started working on the product nine months ago.

“It delivers a complete surveillance solution (search and track) to threats from drones/UAVs. The maximum detection range for micro drones are 1 km, mini drones are 2 km and small drones are 3 km. The operating temperature of the radar is -20 degree Celsius to +55 degree Celsius. This is a complete indigenous product developed at the BEL with no Transfer of Technology (ToT) from any other organisation,” the official said.

He further added that the drone detection radar (DDR) is capable of providing 360-degree coverage in azimuth. One of the advantages of the radar is that the transmitted power is low and this makes it LPI (Low Probability of Intercept) capable. “Due to its LPl capability, it is extremely difficult for intercept receivers to correctly identify the radar parameters and radar type. Its high processing gain and good range resolution enables very low radar cross section (RCS) target detection. It can also prompt other sensors like electro optical and laser to take countermeasures against the threat by providing target range, azimuth and elevation,” the BEL official explained.

The DDR is capable of monitoring a designated airspace day and night in all weather conditions. The radar can be controlled and operated remotely through wired communication. It is easy to deploy and can be carried in backpacks which makes it portable.

The officials say that the product is customisable. “This can be put on a vehicle, jammer and a gun. It has been tested with various flying objects and the capabilities have been demonstrated before the Indian Army and the Indian Air Force,” he said.

In September, the Indian Navy signed a contract with the BEL for India’s first locally made naval anti-drone system (NADS) with “hard kill” and “soft kill” capabilities. These machines have been developed by the Defence Research Development Organisation (DRDO) and manufactured by the BEL.

The system comprises a radar that comes with 360-degree coverage with detection of micro drones up to 4 km and electro-optical/infrared (EO/IR) sensor which can detect micro-drones up to 2 km in select azimuth direction in clear weather. It has radio frequency (RF) detector with a detection capability of RF communication up to 3 km, radio frequency/Global Navigation Frequency Satellite System (RF/GNSS) jammer (jamming up to 3 km for RF/GNSS signals) and a laser-based hard kill system used to neutralise microdrones between 150 m to 1 km. The sensors are integrated through a command post.

Soft kill uses electronic warfare measures like jamming. “Under this, we can spoof enemy drones and misdirect them…” an official said.

“In the hard kill, we use lasers to destroy vital segments of the drone leading to its crash. We can burn the target drones. Both soft kill and hard kill options can be exercised,” he added.