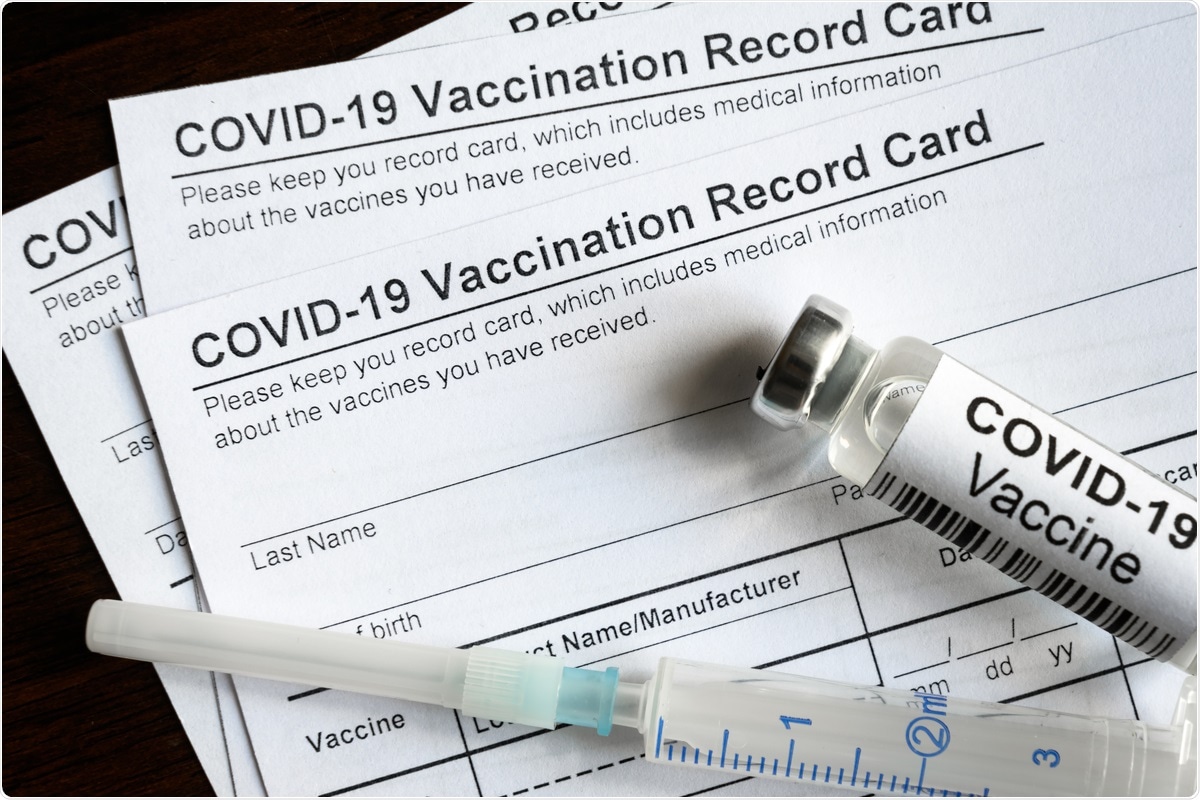 The coronavirus disease 2019 (2019) pandemic continues to spread in uncertain ways, and rapid mass vaccination has been isolated as the best strategy to return life to normalcy. Vaccine mandates and vaccine passports (VMVP) for severe acute respiratory syndrome coronavirus 2 (SARS-CoV-2) are being implemented globally as they may have significant benefits. A new study has been published on the medRxiv* preprint server that evaluates the benefits of VMVP by estimating the benefits of vaccination and exclusion of unvaccinated people from different settings.

Study: A study of the benefits of vaccine mandates and vaccine passports for SARS-CoV-2. Image Credit: Viacheslav Lopatin/ Shutterstock

Policies, such as VMVP, reduce risks by increasing vaccination levels through coercion and excluding unvaccinated individuals from many areas (e.g., work, leisure, transportation). A higher vaccination rate may bring about herd immunity and reduce the burden of SARS-CoV-2.

Three uncertainties make it hard to analyze the benefits of VMVP. First, it is unclear how effective VMVP will be at raising vaccination rates and the number of unvaccinated people who need to be excluded from doing so. Second, while vaccines should reduce many risks of SARS-CoV-2, the transmission data are new and are starting to emerge only recently. A third uncertainty, which is crucial to determine the benefits of exclusion, is the number of unvaccinated people that need to be excluded to reduce transmission risk.

The current study aims to use meta-analyses to address these uncertainties by estimating the benefits of VMVP in terms of vaccination and exclusion.

The meta-analyses included hundreds of thousands of participants, and researchers of the present study used this extensive sample to estimate the benefits of the two aspects of VMVP mentioned above. They found that vaccines effectively reduce the relative and absolute risk of infection and severe illness in the general population. The number needed to vaccinate (NNV) for infection was similar to influenza and HPV vaccines.

The benefits of excluding unvaccinated people in terms of reducing transmission risk were less clear. Researchers estimated the baseline infection risk from the analyzed studies to calculate the transmission risk in the general population. The benefits of exclusion were in the range (and sometimes higher) than that of acetylsalicylic acid (ASA) for primary prevention in cardiovascular disease (CVD). This is notable as ASA is not generally recommended for primary prevention in all adults because of the very small net benefits. Overall, the analysis suggested that thousands of unvaccinated individuals may need to be excluded from various settings to prevent one SARS-CoV-2 transmission.

The results suggested that for a given level of baseline infection risk of 3.04%, the vaccination rate should be as high as 95-98%, such that only a few individuals need to be excluded from different settings. More than 1,000 unvaccinated people may need to be excluded to prevent one transmission until the vaccination rate is approximately 90%. Scientists also found that infected vaccinated people have non-trivial transmission risks for their closest contacts, consistent with emerging epidemiological data.

The benefits of VMVP are clear. They should increase the rate of vaccination and almost eliminate severe outcomes/hospitalizations in the general population. It has also been shown that vaccines reduce the risk of transmission to their closest contacts by about 41% among infected persons.

Owing to VMVP, unvaccinated people will be excluded from many areas of modern life (e.g., many places of work, leisure, transportation, etc.). The first cost is healthcare-specific. Staffing shortages (loss of unvaccinated workers) may occur, leading to adverse effects on patient care. There is a second macroeconomic cost of unemployment and unemployability if vaccines are a condition of employment. The third is a social cost, as VMVP could create a class of citizens who are not allowed to participate in many areas of society fully.

This study conducted the first meta-analysis of the studies on vaccines on transmission. The estimates presented in this analysis are robust because they are based on hundreds of thousands of participants. The study is also the first to quantify the benefits of exclusion on transmission risk.

One limitation of the current study is that the background studies, on which it is based, were conducted at a time when physical distancing, lockdowns, and universal masking were in place. This might have driven down infection rates and influenced the estimates. Too few transmission studies were available to perform a subgroup analysis or examine the moderating effects of variants and vaccines.

Another limitation is with respect to the representativeness of the vaccines as BNT162b2 and ChAdOx1 nCoV-19 were by far the most studied. The conclusions presented here do not necessarily generalize to child/adolescent populations. The last drawback of the study was that researchers could not analyze the impact of natural immunity on reducing transmission risk.