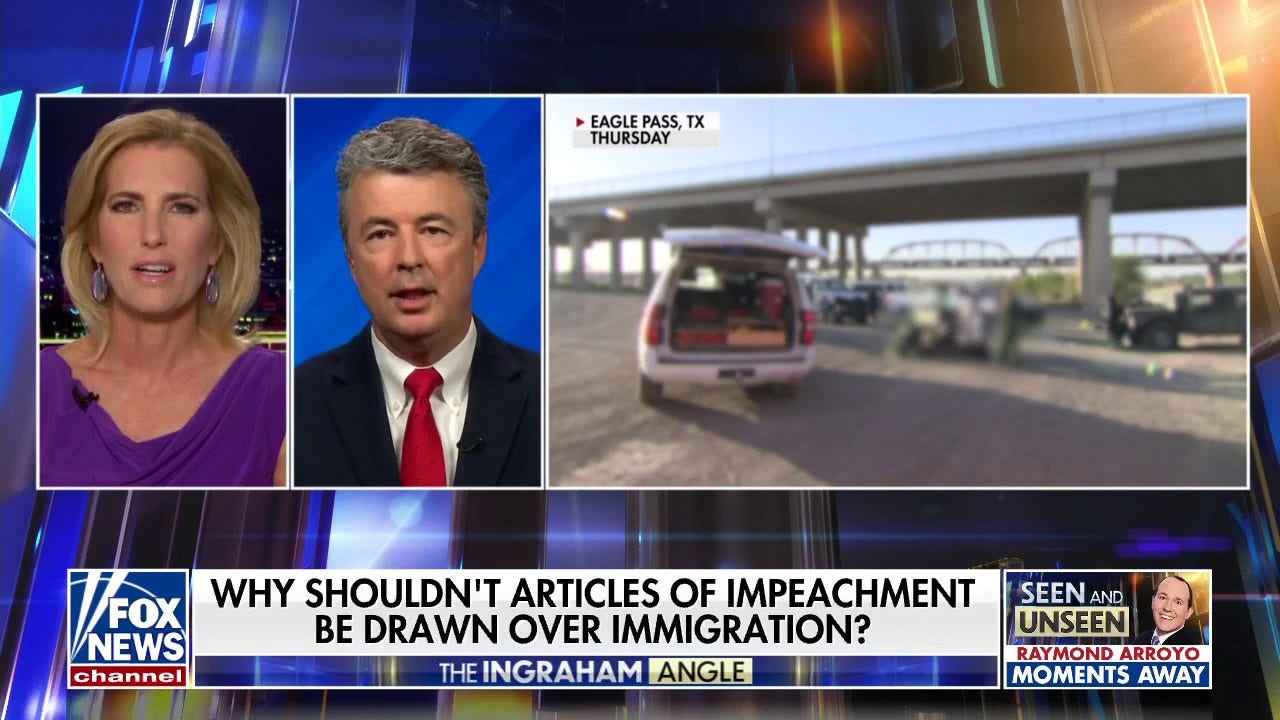 Alabama Attorney General Steve Marshall mentioned the explanations behind a lawsuit in opposition to the Biden administration on “The Ingraham Angle” Monday, saying it does not wish to deport criminals.

STEVE MARSHALL: It’s a major downside, and but now we have this administration … does not wish to deport drug traffickers [and] aggravated felons … And hopefully our lawsuit is without doubt one of the methods of forcing this administration to do what Congress informed them they shall do.

You’ve seen this administration on numerous events do every little thing they will to boost border crossings … The internet results of that isn’t solely our communities being much less protected, but additionally we’re permitting those who Congress has already recognized as extra prone to commit crimes in communities as soon as they’re launched. And that is who … [the] Biden administration shouldn’t be deporting and sending again to the international locations the place they got here from.

WATCH THE FULL CLIP BELOW: