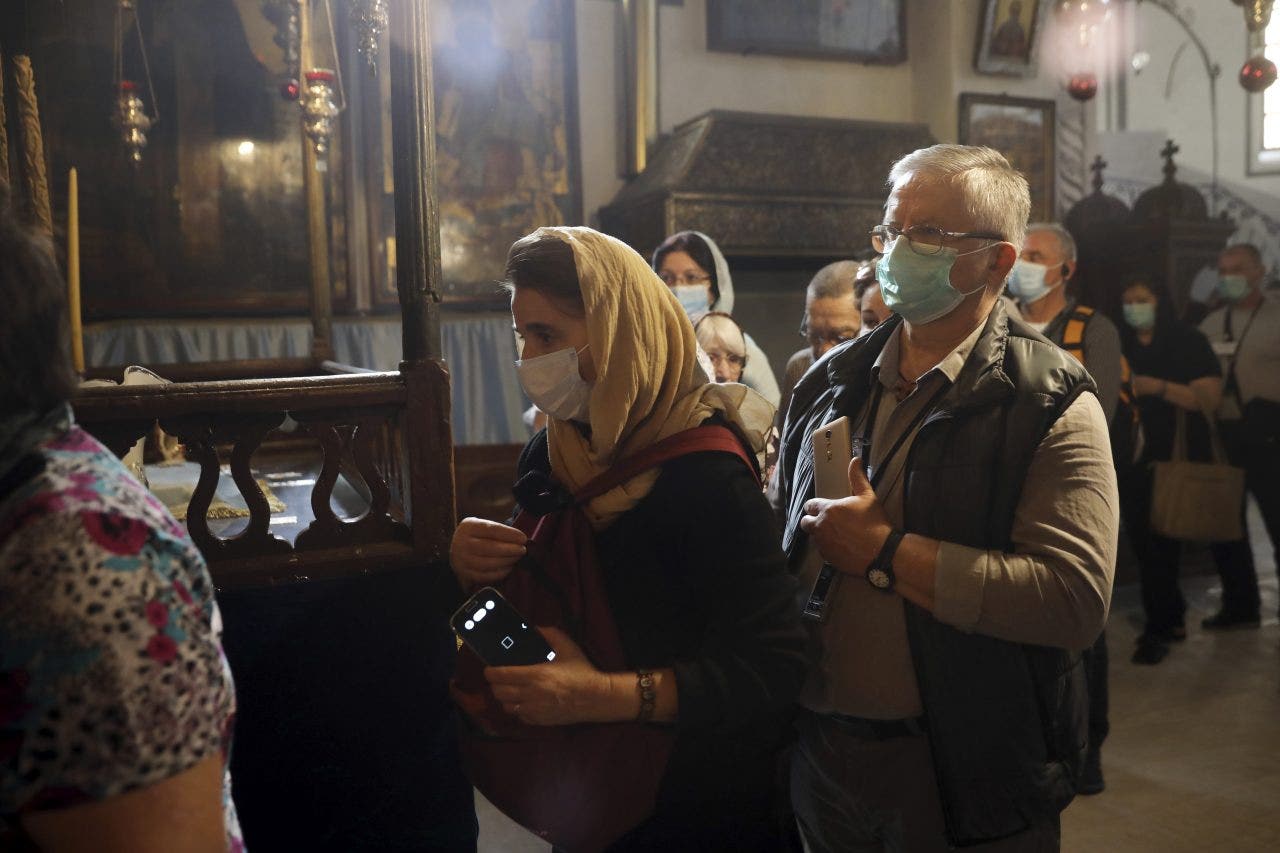 The Church of the Nativity, which is the traditional site where Jesus was born in Bethlehem, remains shut to would-be foreign Christian pilgrims because of Israel’s latest response to the omicron variant of the coronavirus.

Most tourists who visit the church, which is in Palestinian-controlled territory in the West Bank, travel there through Israel, which recently extended a ban on foreign travelers that it implemented last month. The country has also restricted residents from traveling to other countries, including the United States.

Tourists visit the Church of the Nativity, in the West Bank city of Bethlehem, Tuesday, Nov. 16, 2021.
(AP Photo/Nasser Nasser)

The tourist economies of Bethlehem and other historic cities such as Nazareth and Jerusalem rely heavily on Christian pilgrims around the Christmas season and have been devastated by ongoing pandemic-related travel restrictions.

Some Christian leaders have spoken out against what they claim is religious discrimination from the Israeli government, which made an exception to their restrictions last week for participants in “Birthright,” a program that provides young Jewish people from around the world the opportunity to visit Israel.

Wadie Abunassar, who is a spokesman and adviser to churches in the Holy Land, said various Christian denominations were upset over what they perceived to be selective treatment.

“Racist discrimination should never be accepted in any way!” he wrote in a Facebook post. “I urge the Israeli authorities to treat all those who want to visit the country equally without any discrimination between religion.”

Tourists pose for a photo with renovated polished limestone columns, during a visit to the Church of the Nativity, in the West Bank city of Bethlehem, Tuesday, Nov. 16, 2021.
(AP Photo/Nasser Nasser)

A source in the Roman Catholic Church who spoke to the AP on condition of anonymity said church officials were shocked and angered by the Israeli government’s decision and appealed to Israel’s Tourism Industry to let Christian pilgrims into the country for the Christmas season.