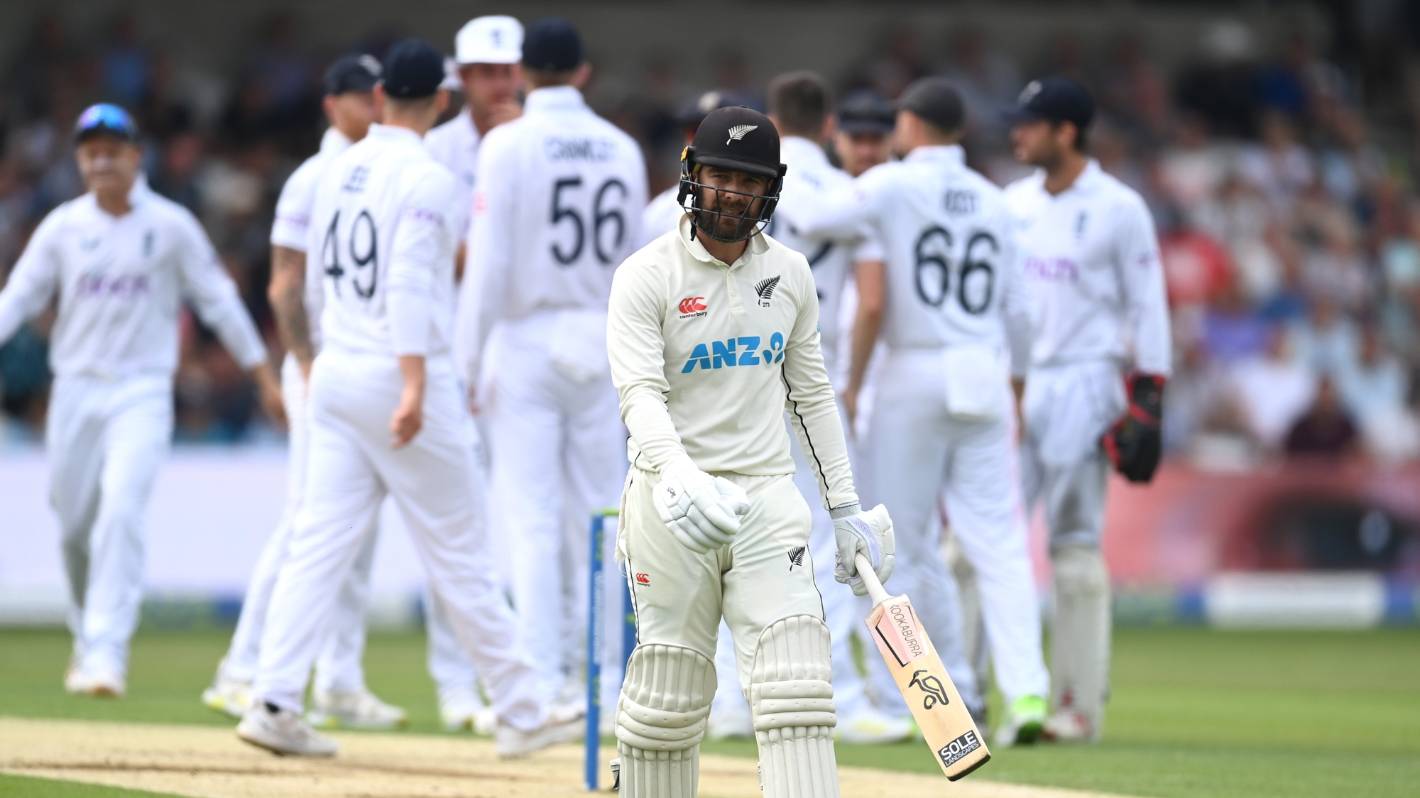 Tom Blundell of New Zealand leaves the field after being dismissed by Matthew Potts of England during day two of the third test at Headingley.

What appeared to be a combination of errors ended another big partnership between the Black Caps duo of Tom Blundell and Daryl Mitchell.

Early on day two of the third test between New Zealand and England at Headingley, Blundell was unluckily given out lbw as the visitors sought to put together a significant first innings total in the final match of the three-test series led 2-0 by the hosts.

The combatants had just been told that the television Decision Review System (DRS) was faulty and not available to the players if they wished to appeal against any umpiring calls.

Blundell, who had shortly prior brought up his half-century, was struck on the pads by a delivery from England quick bowler Matthew Potts and following a huge appeal, was given out by umpire Richard Kettleborough for 55.

The NZ wicketkeeper-batter had no chance to ask for a review of the decision so walked off, as television replays (without the use of the frame-by-frame, Snicko and Ball-Tracker aids) seemed to indicate the ball was angling towards missing leg stump and that Blundell should have been given the benefit of doubt.

His departure ended the partnership between him and Mitchell for the sixth wicket at 120 – their third century-plus partnership in the series.

Earlier, Mitchell had his share of good fortune when dropped by wicketkeeper Ben Foakes off Potts when on 80 as he chased his third individual ton of the series.

On day one, Potts looked to have Mitchell trapped lbw with the NZ batter on eight, but England opted not to use the then-available DRS option, which later showed the star Black Caps performer would have been given out if it was employed.

The DRS was back working soon after Blundell was given out.