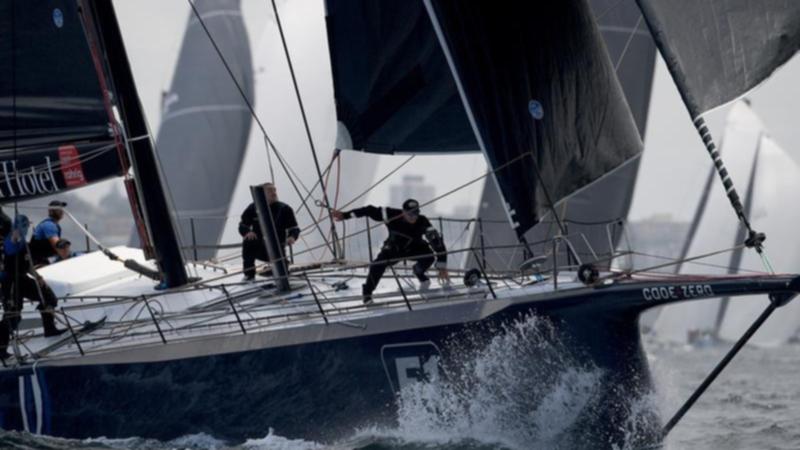 Supermaxi Black Jack has won line honours in the 76th edition of the Sydney to Hobart yacht race.

The Monaco-registered 100-footer crossed the River Derwent finish line at about 1.37am (AEDT) on Wednesday.

Skippered by Mark Bradford, Black Jack held the lead for the majority of Tuesday’s racing off Tasmania’s east coast having trailed out of Sydney Heads on Boxing Day.

LawConnect, a previous line honours winner as Perpetual LOYAL in 2016 and Investec LOYAL in 2011, appears set to finish second ahead of Hong Kong’s SHK Scallywag.

This year’s fleet was decimated by rough seas on Sunday and Monday, with 36 of the 88-strong starting field forced to retire.

It finished fifth in the most recent Sydney to Hobart in 2019 and was second to Wild Oats XI by just 28 minutes in the 2018 thriller.

Black Jack navigator Alex Nolan told media early on Tuesday the crew had decided to sail outside the rhumb line, the line on course representing the shortest distance, and were “pushing it hard”.

It is one of the slower Sydney to Hobart races in recent memory, a long way off Comanche’s 2017 record of one day, nine hours, 15 minutes and 24 seconds.

Crew from all ships are required to complete rapid antigen COVID-19 tests and return a negative result before they’re allowed to disembark in Hobart.