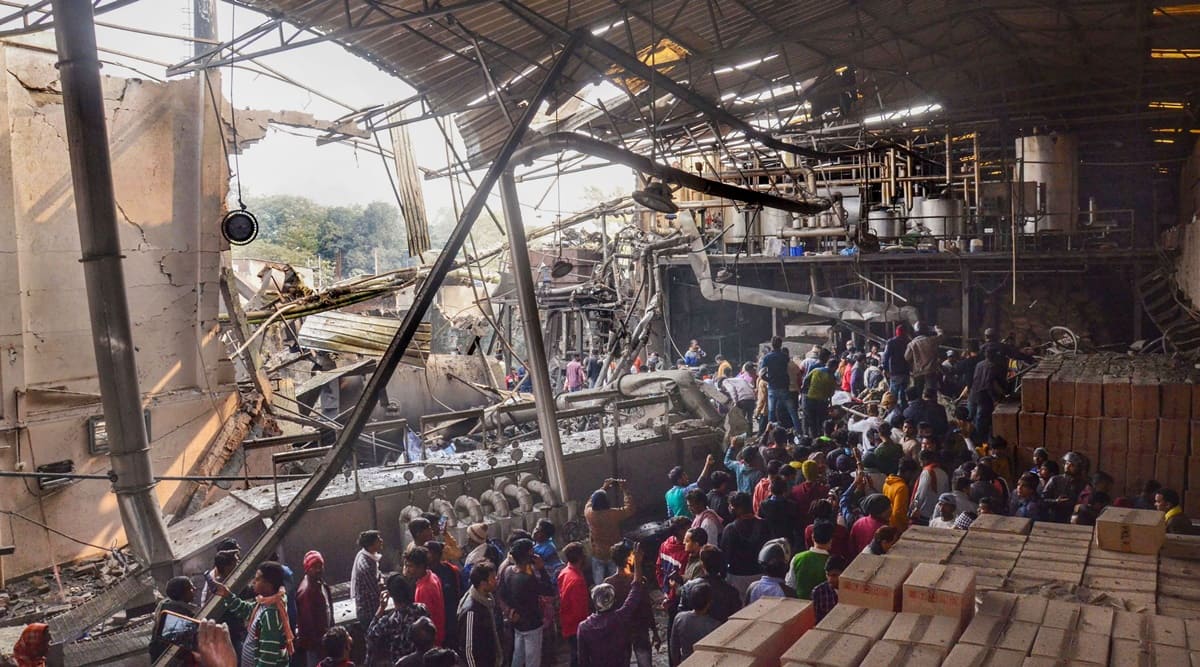 At least six persons were killed and several others were injured when a boiler explosion inside a factory here brought the structure down and left many buildings in the vicinity severely damaged, a top official said.

According to District Magistrate, Muzaffarpur, Pranay Kumar the boiler blast took place around 9.30 A.M. inside a unit at Bela industrial area that manufactured noodles and other snacks.

Police personnel inspect after a boiler explosion at a factory in Bihar’s Muzaffarpur, Sunday, Dec. 26, 2021. (PTI)

The sound was heard far and wide and the rooftops of many other buildings in the area were blown away by the impact of the collision which reduced the factory to rubble, said the DM.

Officials of the local administration, police, and fire department rushed to the spot to carry out rescue operations.

Six bodies were pulled out of the debris and sent for post mortem.

Six persons, who have sustained serious injuries, are admitted to the SKMCH referral hospital where their condition was said to be critical.

Chief Minister Nitish Kumar announced an ex-gratia of Rs four lakh for the next of the kin of each deceased and constituted a team to investigate the cause of the blast and fix accountability.