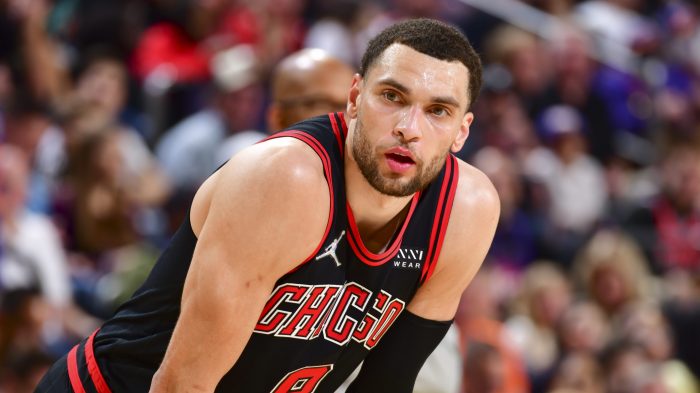 SACRAMENTO, Calif. — Zach LaVine is very familiar with the statistic he is leading the NBA in. And the Chicago Bulls All-Star is counting the days until his dubious playoff distinction ends.

“I need to knock that off. I don’t want to see that s— anymore,” LaVine told Andscape recently.

LaVine’s playoff drought is on pace to end as the Bulls expect to earn a postseason berth for the first time since 2017.

“I don’t pay attention to a lot of that stuff,” said LaVine after having a team-high 27 points and six assists in the Bulls’ 112-103 loss to the Sacramento Kings on March 14. “That doesn’t mean anything to me. You have to play the cards you are dealt. It’s something that you have to do. I’m a competitor. I want to compete against the best players and take my talents against the best guys. That is what the playoffs are about. 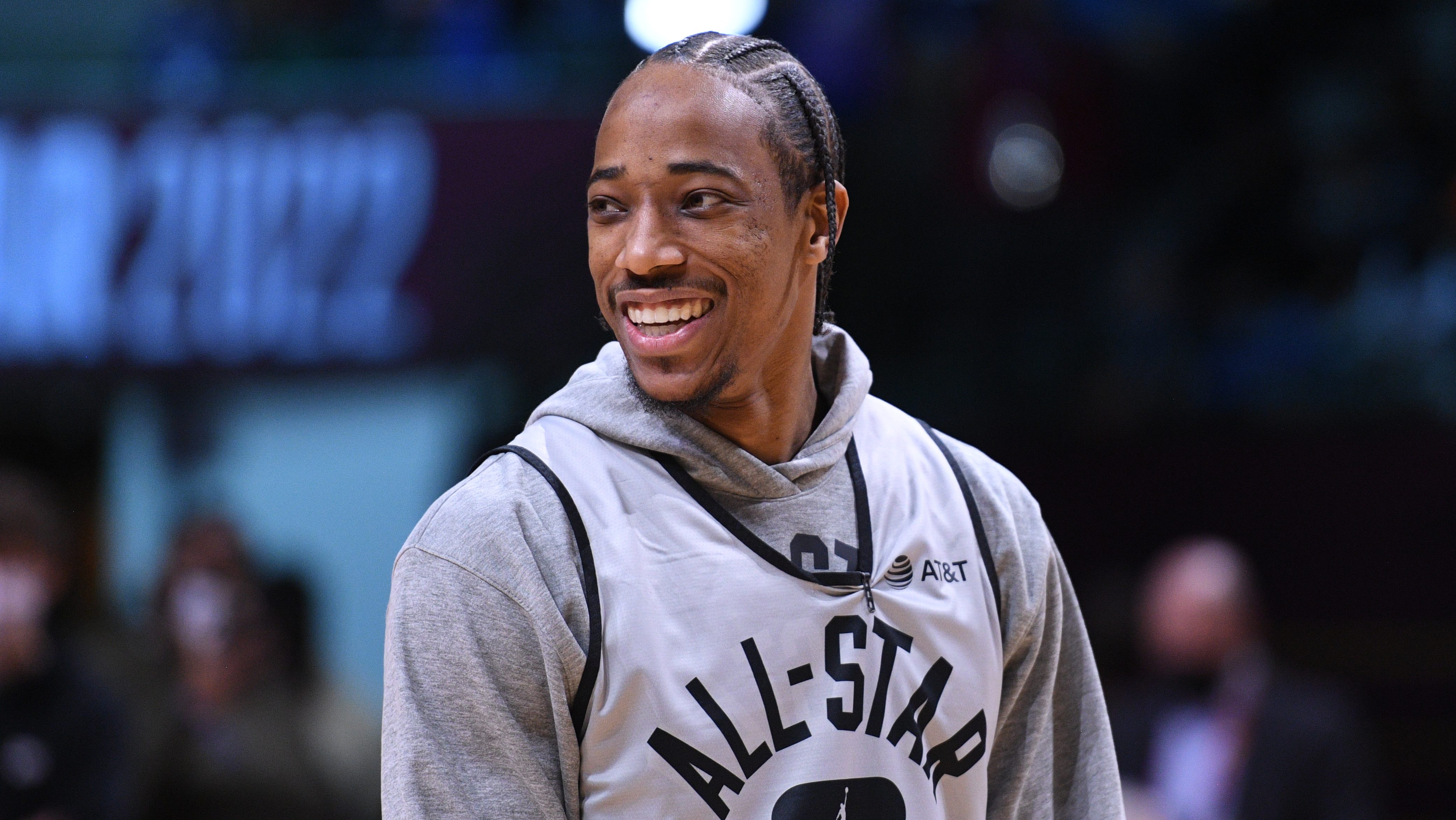 From ‘Big Dog’ to Dejounte, DeMar DeRozan takes care of his familyRead now

Assuming the Bulls make the postseason, one of the franchise’s bigger questions is how LaVine’s ailing left knee will factor into his performance.

LaVine is averaging 24.5 points, 4.8 rebounds and 4.7 assists. LaVine and fellow NBA All-Star DeMar DeRozan give the Bulls one of the top scoring duos in the league, and they also have two-time All-Star center Nikola Vucevic. But LaVine has been experiencing discomfort this season in his left knee, which was surgically repaired in 2017. The 6-foot-5, 200-pound guard was sidelined for three games before the All-Star Game due to the ailing knee and he saw a specialist in February for treatment.

Despite playing through pain, LaVine posted 21 points and seven assists in 34 minutes in a 126-98 loss to the Milwaukee Bucks on Tuesday.

“I’m doing everything I can,” LaVine said. “People know I play through injury. I hate missing basketball games. I’m a team-first guy. Even when I’m not 100%, I’m helping the team. Obviously, I have to watch out for myself and do due diligence on my rehab and how I feel. I just have to maintain it and I will.”

Perhaps the Bulls’ biggest problem this season has been injuries. They are also currently without starting point guard Lonzo Ball (knee), while guard Alex Caruso and forward Patrick Williams recently returned to action. The Bulls revealed on Monday that the medical staff told Ball to stop running and cutting for 10 days in the hope of eliminating pain from a bone bruise. In the postseason, LaVine, Ball and the Bulls can be aided by no back-to-back games and, at times, several days off between contests.

Bulls coach Billy Donovan said they will manage LaVine the rest of the season due to the injury, and that the two-time All-Star is “frustrated” he can’t give his all physically in the quest to make the postseason.

“He hasn’t been himself. There is no question about that,” Donovan told Andscape after the loss to the Kings. “I don’t know to the extent that it is limiting him. No question it is limiting. I kind of go off of how he is feeling. …

“We are just going to have to manage the situation. He just wishes he was feeling better.”

Although LaVine does not have any postseason experience, his Olympic experience should benefit him mentally for the pressures that the NBA playoffs can bring.

“I can only imagine what it’s going to be like once that game in the playoffs happens.”

LaVine played for USA Basketball when it won a gold medal in the Tokyo Games last year. The Americans began with an opening loss to France and exhibition defeats to Australia and Nigeria to put the team laden with NBA stars under extreme pressure, scrutiny and the spotlight. But after losing to France, Team USA went undefeated and claimed the gold medal. LaVine played a key role, primarily as a reserve, for the Americans, averaging 9.7 points in 18.7 minutes in Japan.

“You just gain experience from the Olympics. Each possession matters. Each game matters,” LaVine said. “You’re playing the highest level of basketball. The Olympics were crazy for me because you’re playing for something bigger than yourself. You’re playing for your country. You just try to win the game and affect the game for each other.”

Donovan believes that winning gold in the Olympics makes LaVine “pretty hungry” to succeed in the NBA postseason.

“Winning is really important to Zach. In the Olympic experience, he won a gold medal and being around those [star] players,” Donovan said. “What he is talking about in terms of trying to figure that [NBA playoff] piece of it out, there have been situations for him a lot in his career where maybe you’ve got to the final two, three weeks of the season and he has not been in the thick of it. He is in the thick of it now.” 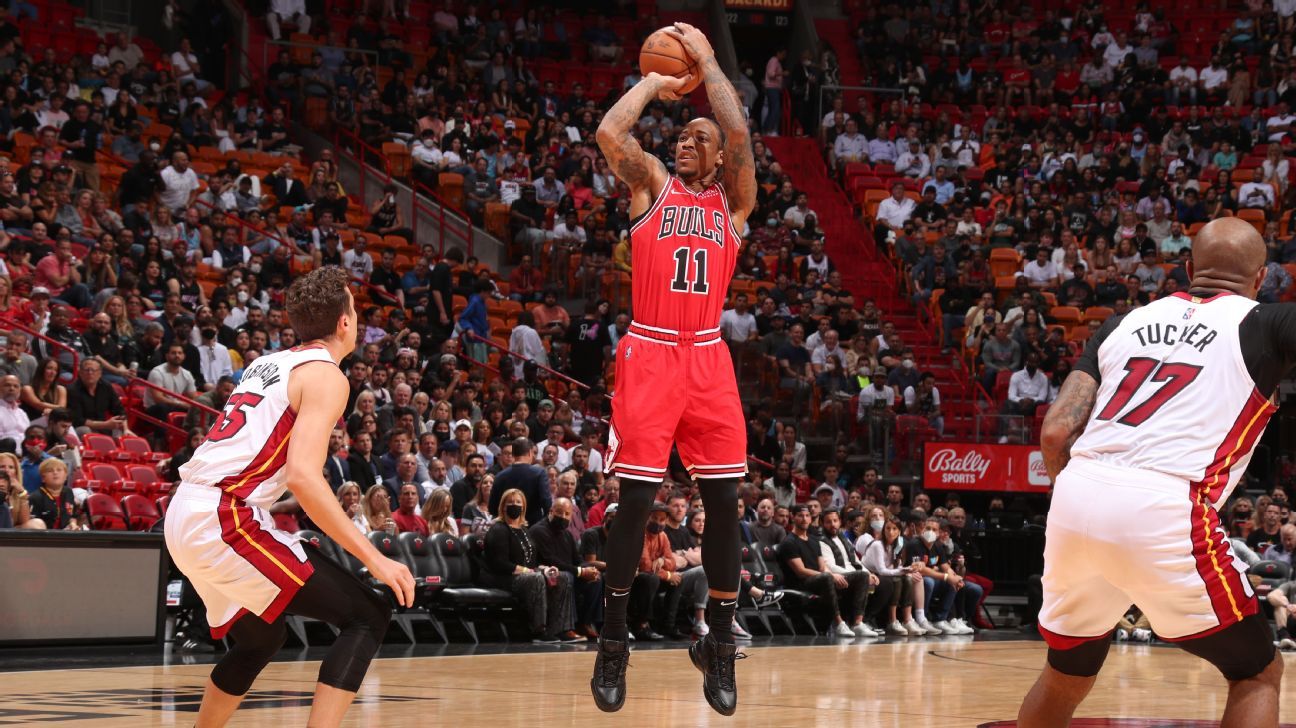 ‘A basketball savant’: How DeMar DeRozan is driving the Bulls to title contentionRead now

The Bulls have not hosted a playoff game in Chicago since April 28, 2017, when their season ended during a Game 6 first-round loss to the Boston Celtics. After going 39-21 before the All-Star break, the Bulls looked like they had the potential to have one of the Eastern Conference’s top playoff seeds. Since then, injury-plagued Chicago is 3-9 and has dropped to fifth in the East standings.

Regardless of where the Bulls fall in the standings, LaVine is looking forward to playing postseason games in the United Center in Chicago, where Michael Jordan’s six NBA championship banners hang.

“I’m excited to get to that point for my team, as well as the whole city of Chicago,” LaVine said. “That is one of the most historic franchises. They’re used to winners and used to winning.

“It’s been tough. The building has been incredible this year. I can only imagine what it’s going to be like once that game in the playoffs happens.”

Marc J. Spears is the senior NBA writer for Andscape. He used to be able to dunk on you, but he hasn’t been able to in years and his knees still hurt.