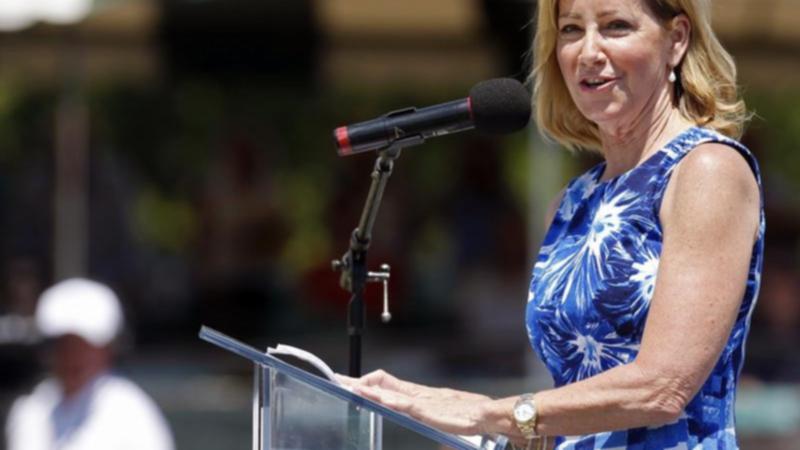 Former world No.1 Chris Evert has been diagnosed with stage one ovarian cancer.

“I wanted to share my stage 1 ovarian cancer diagnosis and the story behind it as a way to help others,” the 67-year-old wrote on Twitter.

“I feel very lucky that they caught it early and expect positive results from my chemo plan.”

In an article on ESPN, Evert said a malignant tumour was discovered during a preventive hysterectomy early last month.

A second operation revealed the cancer had been removed during the hysterectomy and had not spread.

Following chemotherapy, her doctor said there was a better than a 90 per cent chance the cancer would never return.

“I don’t remember being that happy in years!” Evert said after getting the news from her doctor.

Evert’s younger sister, former pro tennis player Jeanne Evert Dubin, died after a battle with ovarian cancer in 2020 at the age of 62. Dubin’s cancer had spread before it was detected.

“When I go into chemo, she is my inspiration,” Evert said in the article.

“I’ll be thinking of her. And she’ll get me through it.”

Evert won 18 grand slam singles titles during her career and is now a broadcaster covering tennis for ESPN.

“Thanks to all of you for respecting my need to focus on my health and treatment plan,” she tweeted.

“You will see me appear from home at times during ESPN’s coverage of the Aussie Open.”