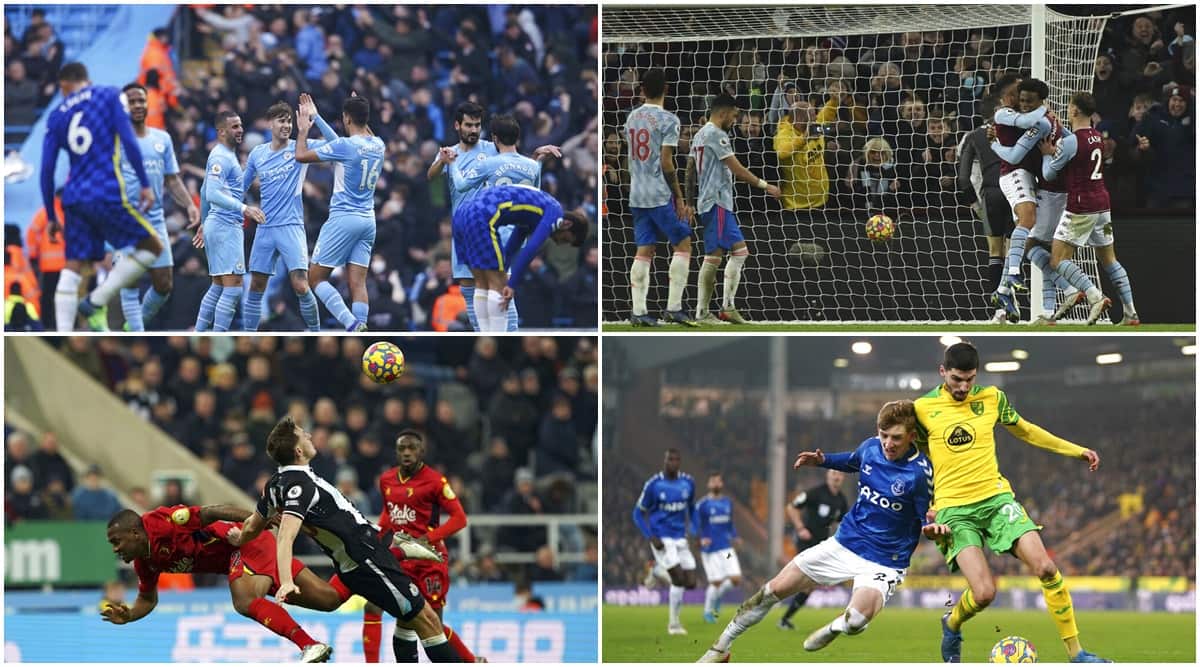 For Pep Guardiola, the biggest challenge now will be convincing his Manchester City players the English Premier League title race is not over.

“My job is to take it out from the brain and heads of my players,” Guardiola said after City beat nearest rival Chelsea 1-0 on Saturday. “To try not to believe what other people are going to say.”

After all, the defending champions are on a 12-match winning run in the league after Kevin De Bruyne’s brilliant curling strike in the 70th minute sealed victory at Etihad Stadium. City has lost two games all season — it would have to lose at least three of its remaining 16 matches to drop out of first place — and already has played all of the top teams away from home.

Liverpool, in third place 14 points behind having played two games fewer, looks to be the only team realistically capable of stopping City. Even that is improbable, given City’s form and pedigree.

Chelsea was well beaten even if Thomas Tuchel’s team didn’t give up many chances against City, which dominated possession and kept the visitors penned in their own half for much of the match.

“We won’t give up,” Tuchel said, “but if City keep on winning every game, nobody can catch them.”

Liverpool will look to trim the gap to City by beating Brentford at home on Sunday.

Philippe Coutinho marked his debut for Aston Villa with a late equalizer to complete a dramatic comeback in a 2-2 draw against Manchester United, for whom Bruno Fernandes scored twice to put the visitors 2-0 ahead.

Coutinho, on loan from Barcelona, was involved in Jacob Ramsey’s goal in the 77th before tapping home from inside the six-yard box five minutes later at a raucous Villa Park.

With Cristiano Ronaldo still missing because of a hip injury, Fernandes took center stage for seventh-placed United like last season before his Portugal teammates arrived. The playmaker opened the scoring with a sixth-minute long-range strike that squirmed through the arms of goalkeeper Emi Martinez, and added a stunning second by crashing a shot in off the crossbar in the 67th.

It was the teams’ second meeting in a week, after an FA Cup match on Monday won by United.

Norwich is off the bottom of the league. Everton is plunging toward it.

A 2-1 home win over Everton lifted Norwich to 18th place and dragged the visitors into the relegation picture, while piling more pressure on their manager Rafa Benitez in the process.

Norwich hold on to secure a vital #PL win#NOREVE pic.twitter.com/CePIBZNY78

Everton supporters’ frustrations with Benitez appear to be boiling over, with one fan seen running onto the field in the first half at Carrow Road and making his way toward the Spaniard before getting stopped by stewards.

There were calls for Benitez to leave the club before the game, with banners held aloft, and then Norwich scored two goals in quick succession — an own goal from Michael Keane and Adam Idah’s close-range strike — to leave Everton reeling.

Richarlison pulled one back for the visitors shortly after coming on with an overhead kick, but Everton remains without a league win since the start of December and is 15th, six points above relegation zone.

Kieran Trippier and Chris Wood — two January recruits — started in the 1-1 draw at home to Watford that kept Newcastle in the bottom three and with just one win all season.

Watford scored an 88th-minute goal through Joao Pedro’s header to snatch a point after Allan Saint-Maximim put Newcastle ahead.

It was another disappointing result for Newcastle, coming a week after losing at home to third-tier Cambridge United in the FA Cup on Trippier’s debut.

Also on Saturday, Wolverhampton defeated Southampton 3-1 to jump to eighth. Raul Jimenez, Conor Coady and Adama Traore — with his first of the season — scored for Wolves, and James Ward-Prowse’s free kick made it 2-1 in the 84th.