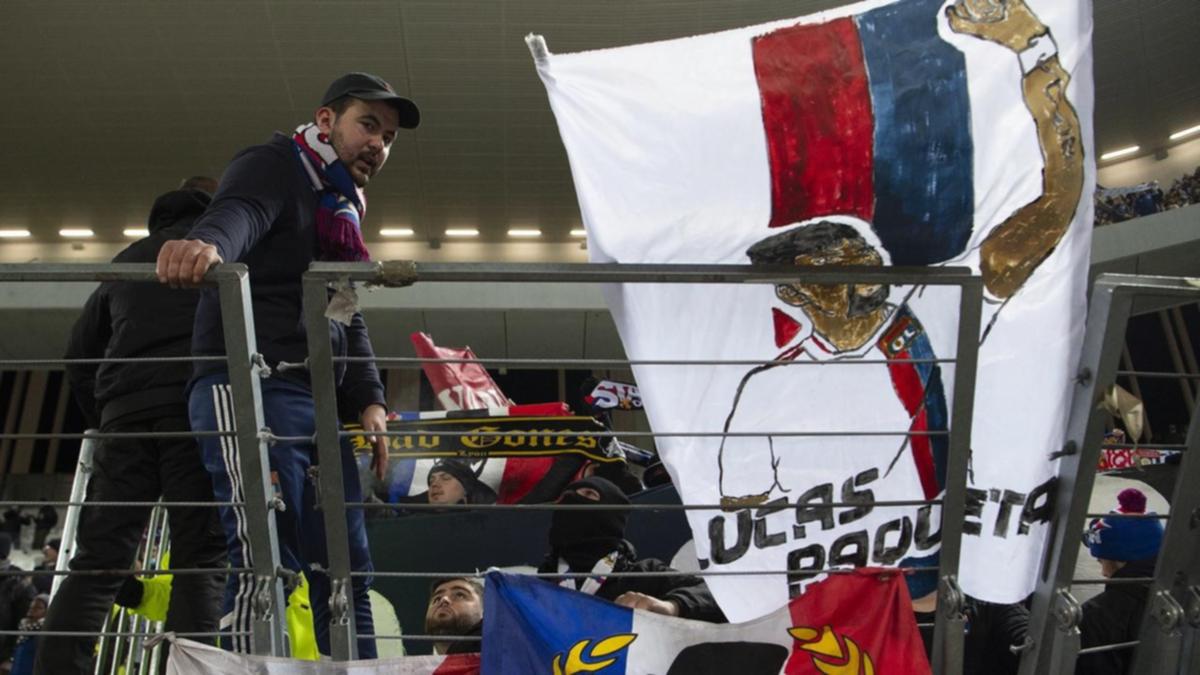 Olympique Lyon and second division Paris FC have both been thrown out of the French Cup after fan violence forced their clash this month to be abandoned.

Lyon fans have also been banned from French Football Federation (FFF) and Ligue 1 away games for the rest of the season.

The FFF on Monday also fined the Ligue 1 club 52,000 euros ($A81,000) after fan violence forced the December 17 clash at Paris FC’s Stade Charlety to be abandoned at halftime with scores locked at 1-1.

Lyon have also been hit with a suspended ban from next season’s French Cup which will come into force if the actions of their supporters lead to a game being abandoned.

Lyon are reportedly footing the bill to pay for Stade Charlety damages.

Paris FC also copped punishment, with the FFF ruling they can’t use Stade Charlety for their next five home games while fining the second division outfit 10,000 euros ($A15,650).

The French Cup match was called off after clashes between attendees, pitch encroachment and the throwing of fireworks.

Nice – due to play either Paris FC or Lyon in the French Cup round of 32 – will now receive a bye.

The major trouble at the Paris FC game came just a day after the government had launched a new anti-hooligan initiative following a raft of French soccer fan incidents in recent months.

Lyon and OGC Nice have already had points deducted in Ligue 1 due to fan violence.