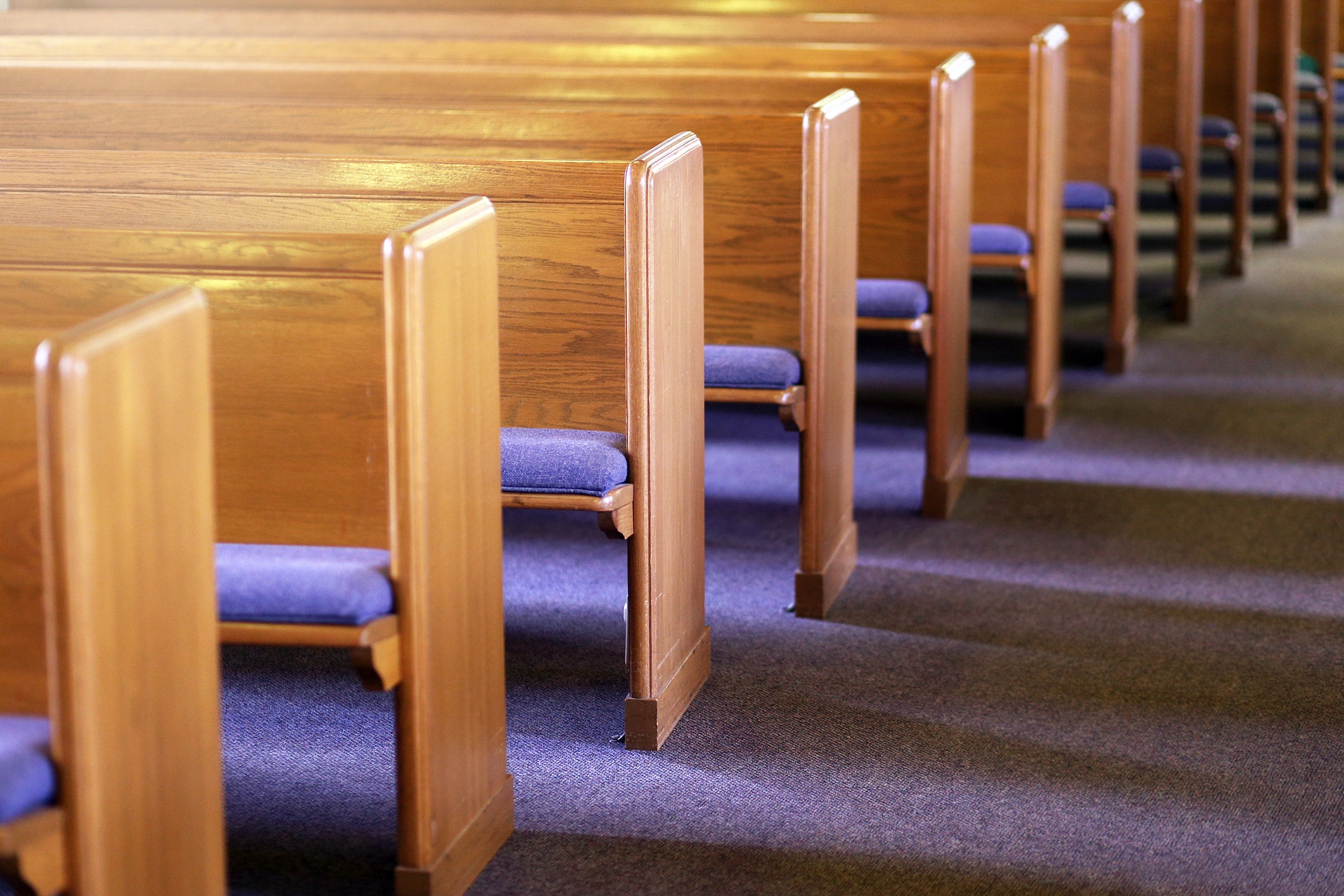 A CNN religion commentator said during a Christmas Eve segment that unvaccinated Americans should not be allowed to attend church services.

“I think that what we’re trying to say to people is they you have a social responsibility if you do gather, you know Christian churches many are gathering this evening and some are still not requiring vaccination, which I disagree with,” Father Edward Beck said Thursday. “I think part of caring for one another, the dictum of Jesus who we celebrate his birthday, is love one another. Show compassion. Show mercy to each other.

“So I think the lesson is that if we want to act like Jesus in these kinds of times we take care of each other and if we’re going to gather in celebration we have to do so safely, comfortably and we have to give to one another that gift of peace and part of that is health and feeling like we’re gathering in a healthy environment.”

Residents wait in line at a Covid-19 vaccination site in the Chinatown neighborhood of New York, U.S., on Sunday, Dec. 5, 2021. Five months after President Joe Biden declared the U.S. to be on the verge of defeating Covid-19, the virus threatens a winter resurgence across the country with the omicron variant threatening to fuel an already high case count. Photographer: Jeenah Moon/Bloomberg via Getty Images

“I don’t think there’s a reason to say I’m not going to get vaccinated, maybe for a health reason, then you can’t come to church,” he later added.

Ahead of swift criticism Beck proudly defended his comments on Twitter with a clearer statement on where he stands on unvaccinated churchgoers.

“Yep, I said it,” he tweeted. “I don’t think unvaccinated people should be gathering in churches for Christmas Eve / Day Masses.”

FAUCI WARNS AMERICANS NOT TO INVITE UNVACCINATED RELATIVES FOR THE HOLIDAYS

Critics, many of whom were Catholic, called Beck a heretic and accused him of misreading and misleading on the tenets of the faith.

“The opposite of Christ-like,” John Cooper, director for Media and Public Relations at the Heritage Foundation, said.

Dr. Anthony Fauci faced the wrath of frustrated Americans too after recently telling many of them to scrap their holiday plans this year, first suggesting families should enforce vaccine mandates of their own.

“And that’s the reason why people should, if they invite people over their home, essentially ask and maybe require that people show evidence that they are vaccinated, or give their honest and good faith word that they have been vaccinated,” Fauci said.

Over the weekend Fauci  told Americans to rethink their family reunions by not inviting any unvaccinated relatives.

“If someone in your family isn’t vaccinated, should you ask them not to show up?” MSNBC reporter Alicia Menendez asked Fauci.

“I think we’re dealing with a serious enough situation right now that if there’s an unvaccinated person I would say, ‘I’m very sorry, but not this time. Maybe another time when this is all over,” he added.

The Biden White House had its own message for unvaccinated Americans last week with a doomsday warning that they could face a winter of death.

“We are intent on not letting omicron disrupt work and school for the vaccinated. You’ve done the right thing, and we will get through this,” White House COVID response coordinator Jeff Zients said. “For the unvaccinated, you’re looking at a winter of severe illness and death for yourselves, your families and the hospitals you may soon overwhelm.”