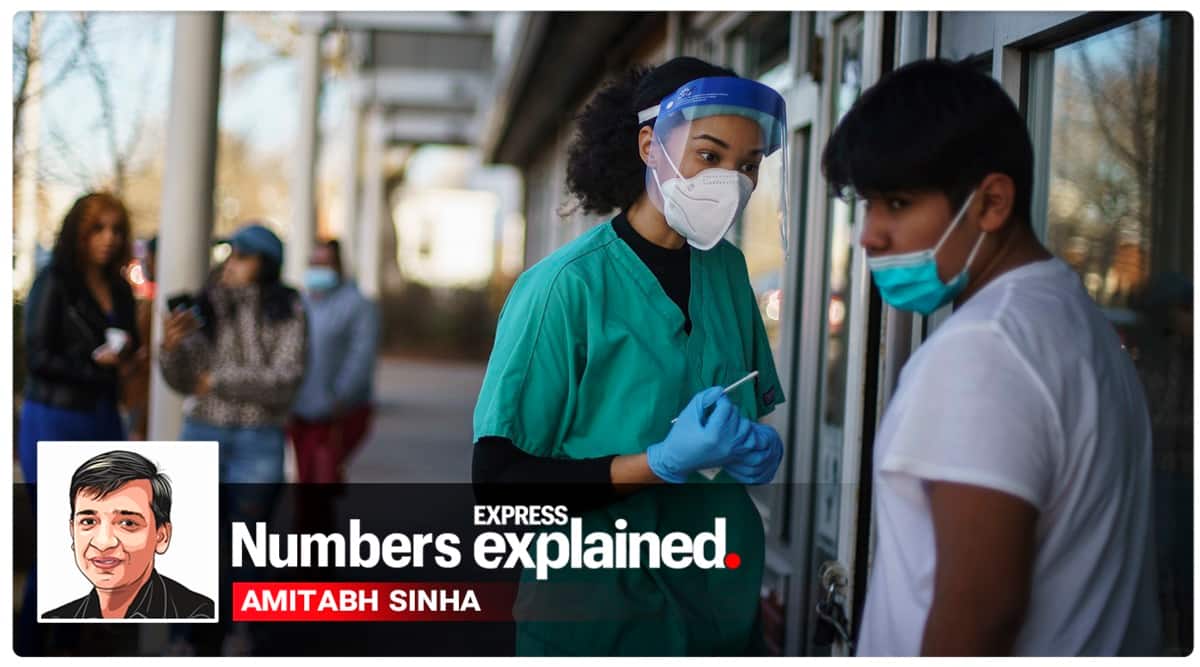 The coronavirus death toll in the United States has now topped 800,000. This is more than 15 per cent of all the coronavirus deaths recorded in the world so far. The New York Times reported that about 75 per cent of all deaths in the United States were of people above 65 years of age. Also, nearly one in every 100 American in that age group has succumbed to Covid-19.

Over one lakh of these deaths have been recorded after October. The country has been reporting over 1,000 deaths every day on an average. Such large number of deaths were last reported in February this year.

So far, over 53 lakh people are known to have died from coronavirus. Brazil has recorded more than six lakh deaths while India’s death numbers exceed 4.75 lakh.

The number of confirmed coronavirus cases in the United States has gone past 50 million now. In the last few days, a rapid spread of the Omicron variant has been noticed though not at the same speed as in the United Kingdom or some other European countries. The Centres for Disease Control and Prevention (CDC) in the United States said that Omicron infections constituted about 2.9 per cent of all new cases in the country in the week ending Saturday (December 11). In the previous week, it accounted for only 0.4 per cent of all cases, the New York Times reported.

Meanwhile, the WHO has warned that though the Omicron variant has been detected in 77 countries, it is probably present in most other countries as well. “Omicron is spreading at a rate we have not seen with any previous variant,” WHO Director-General Dr Tedros Adhanom Ghebreyesus said.

“We’re concerned that people are dismissing Omicron as mild… Even if Omicron does cause less severe disease, the sheer number of cases could once again overwhelm unprepared health systems,” he said.