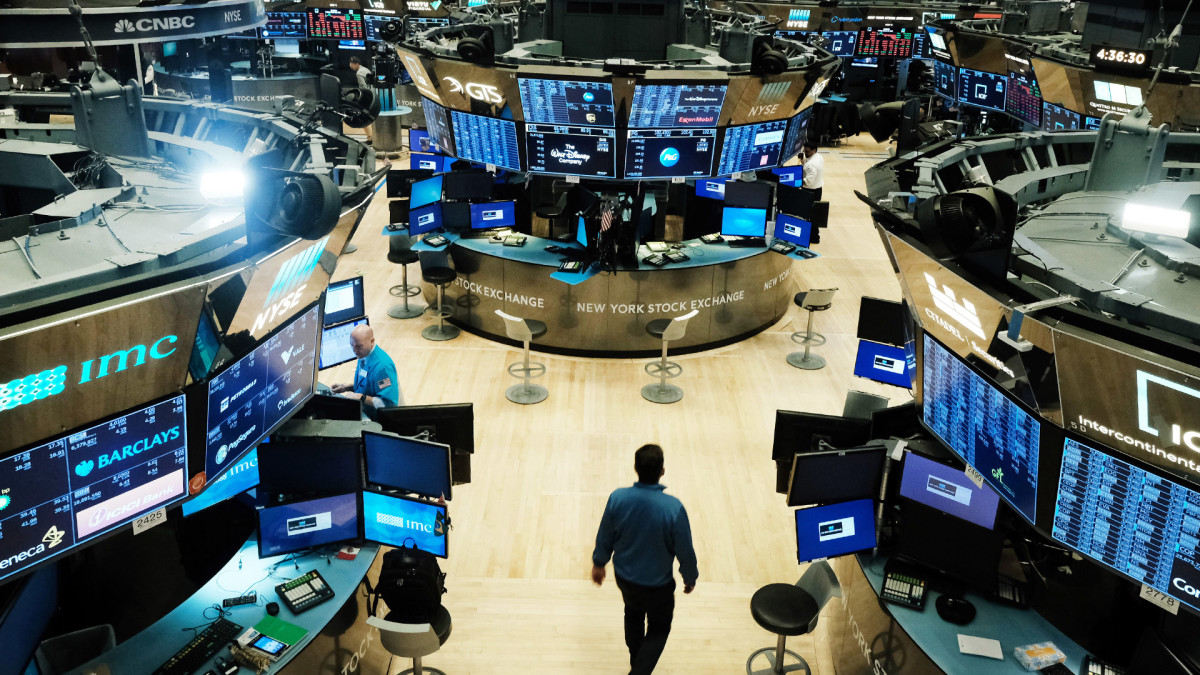 Most money mangers think all is lost when it comes to our economy, but Jim Cramer told his Mad Money viewers not to panic and give our economy more time. The results, he said, could surprise you.

If you listen to the pundits and the bears for more than two minutes, you’re likely to hear the word stagflation, that horrible combination of rising inflation and a stagnant economy. The last time we saw stagflation was in the 1970s, Cramer explained, but today is nothing like the 1970s. Why? Because today, we have COVID.

Yes, it’s true that prices are rising, and has Kraft Heinz  (KHC) – Get Kraft Heinz Company (KHC) Report showed us today, consumers might’ve to get used to higher prices for some things.

Over on Action Alerts PLUS, Bob Lang and Chris Versace say this week is all about earnings: ‘We expect to hear quite a bit about the negative impact of supply chains and rising input cost, as well as transportation costs on margins from the likes of Fastenal  (FAST) – Get Fastenal Company Report, Alcoa  (AA) – Get Alcoa Corp. Report, and JB Hunt Transport Services  (JBHT) – Get J.B. Hunt Transport Services, Inc. (JBHT) Report.’ Read more of what they have to say about autos, semiconductors and banks with a free trial to Action Alerts PLUS.

But Cramer noted that what our economy really needs is time. We need more time to beat COVID, more time for workers to go back to work, more time to get our chemical plants back online and more time to work out the mess at our ports. COVID has disrupted just about everything, Cramer said, and once the Delta variant subsides, many of our problems will will too.

As for things like our ongoing semiconductor shortage, capitalism will be the solution. Once prices rise enough for the chips that aren’t being made, it’ll make economic sense to open new foundries to meet demand.

We don’t really have a stagnant economy, Cramer concluded. What we have is an economy that’s desperate to get back to normal. We just need to be patient.

Karsanbhai said he’s very excited about the merger with Aspen. He said Emerson is contributing $6 billion for a 55% stake in the combined company, which will give them great exposure to the high-growth industrial software space. They will be optimized for the future, he said, with great opportunities for organic growth and additional mergers and acquisitions.

The name of the game for Emerson is value creation over time, Karsanbhai explained, and Emerson is now positioned to deliver value in many new industries.

One of those opportunities is hydrogen fuels. Karsanbhai said the technology to make green hydrogen is ready and Emerson is ready to follow the investment dollars to make it a reality.

Finally, when asked about labor prices and shortages, Karsanbhai admitted that labor remains a challenge. He said “people are tired” after dealing with the pandemic and that makes maintaining staff levels difficult.

The Frogs and the Dogs

When the stock market turns against tech, investors need to be very selective about where they choose to put their money. That’s why Cramer circled back to two former tech favorites, JFrog  (FROG) – Get JFrog Ltd. Report and DataDog  (DDOG) – Get Datadog Inc Class A Report.

When JFrog came public last year, Cramer told viewers to steer clear given its sky-high valuation of 40 times sales. But since then, shares have fallen 55%, making it worth a second look.

But Cramer said while JFrog is a good software company, it’s not great, with earnings that have been progressively less impressive. Investors were not impressed with JFrog’s Vdoo acquisition in June for $300 million and shares have dipped 30% since that announcement. Cramer said investors should find something better.

Something that qualifies as better is DataDog, which came public two years ago and has seen its shares soar almost 300%. Unlike JFrog, DataDog is seeing its growth hold firm. DataDog is 100% in the cloud, unlike JFrog, which still has some legacy desktop software.

DataDog’s valuation is also high, but Cramer said investors can afford to be patient and wait for the share price to dip before starting a position.