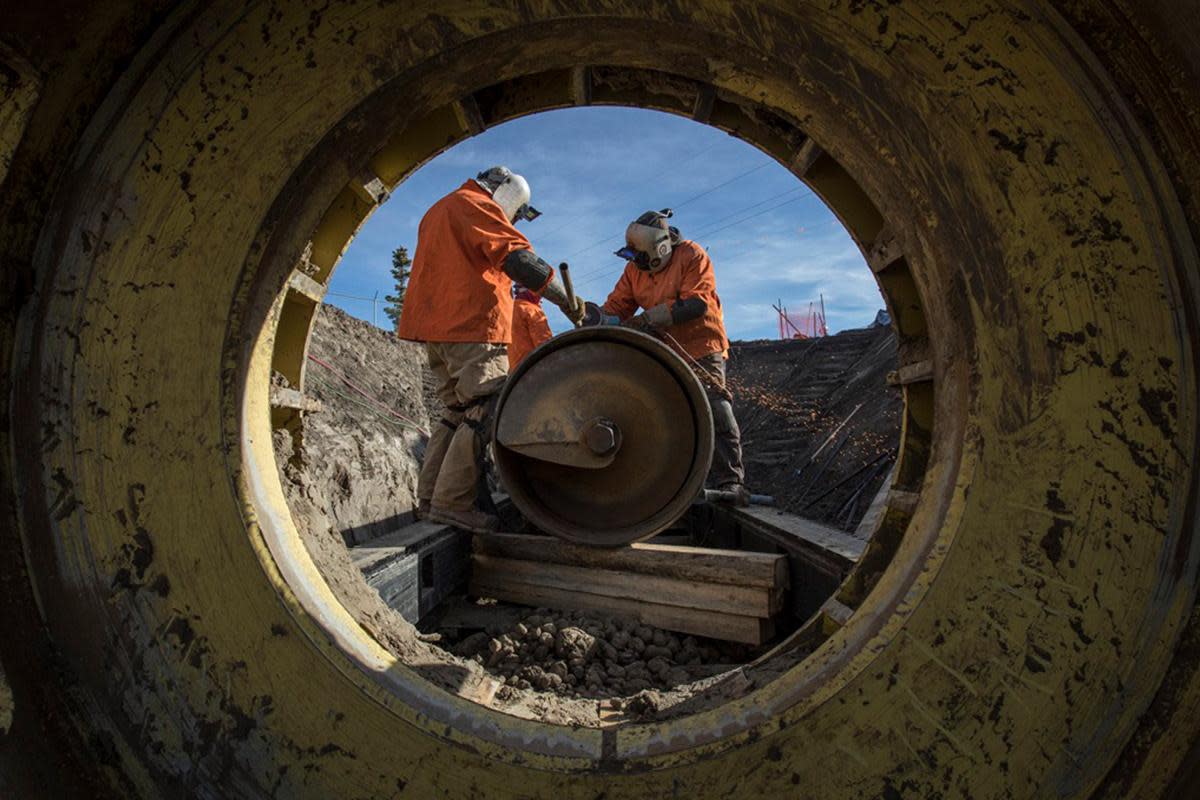 The market’s entering a new phase, but as long as Federal Reserve chairman Jay Powell is in charge, investors can expect a soft landing, Jim Cramer told his Mad Money viewers Wednesday. There are still opportunities to invest in, Cramer continued, just not as many as before.

Wednesday, Powell successfully threaded the needle between needing to address rising inflation and not wrecking our economy. He did so by giving Wall Street everything it expected and nothing it didn’t. Investors were already expecting three rate hikes next year, and so is Powell. Investors were hoping for the Fed to remain flexible and data dependent, and that’s exactly what Powell plans to be.

So with this big, bad event finally out of the way, is it time for that long-awaited Santa Claus rally going into New Years? There’s nothing on the calendar to stop it, which is why Cramer continued to recommend buying stocks with profitable growth.

The Fed isn’t saying to not buy high-multiple conceptual stocks with no earnings, but Cramer noted that tech and meme stocks just don’t work as well in this part of the economic cycle, which is why he continues to recommend companies with growth and earnings.

There will inevitably be a host of naysayers Thursday telling investors that the Fed is all wrong in its approach. Never listen to these professional second guessers, Cramer urged. They’ve never made anyone a dime.

Monaco said Enbridge has the best, demand-driven assets in the business that are delivering predictable and growing cash flow for its shareholders. The company is also well positioned for a lower-carbon economy. Enbridge just completed bringing $10 billion of new assets into service, he said, and those assets are accelerating their export business which has allowed them to continue boosting their dividend payout.

When asked about the company’s new natural gas export facility in Texas, Monaco said North America is in a tremendous competitive position when it comes to liquified natural gas. Both the resources and the technology are available to supply the world with cleaner energy.

Monaco was less bullish on the outlook for the Northeast region of the country, however. He said that gas prices will need to move even higher before the politicians will finally allow new pipelines to be built. The Marcellus shale region in Ohio has all of the natural gas the Northeast needs, he said. All that’s needed is a pipeline to deliver it.

Enbridge is also a leader in the clean energy movement, he said. Not only does natural gas produce less carbon that oil and coal, but the company is also building new technologies for carbon capture, usage and storage. The company has been in the wind and solar business for over 20 years, and has projects with hydrogen also in development.

For his second “Executive Decision” segment, Cramer also spoke with Mark Clouse, president and CEO of Campbell Soup  (CPB) – Get Campbell Soup Company Report, on the heels of the company’s annual investor day.

Clouse said despite the many short-term challenges, he feels great about Campbell’s position for future growth. He said his company is on a solid foundation and expects 6% to 8% growth next year. This year was all about meeting demand, he said, but 2022 will be all about innovation and growth.

When asked about Campbell’s acquisition of Snyders of Hanover for $6 billion, Clouse said that he’s very confident about their snacking portfolio, which now accounts for 50% of sales. Campbell is following consumer trends and has a clear roadmap for increasing sales and gross margins in the snacking category.

Finally, turning to today’s Federal Reserve news, Clouse said that inflation is a significant issue that needs to be addressed. Some of the inflation that Campbell is seeing is transitory, he said, but other areas appear to be more structural and will need to be addressed over the long term.

In his final “Executive Decision” segment, Cramer checked in John Adent, president and CEO of Neogen  (NEOG) – Get Neogen Corporation Report, the food safety company that yesterday announced it will be merging with the food safety division of 3M  (MMM) – Get 3M Company Report in a $9.3 billion deal.

Neogen manufactures test kits that allow food suppliers to detect bacteria, toxins and other food allergens. When a restaurant says something is gluten-free or peanut-free, Neogen is the one certifying that it is.

Neogen has seen 22 years of consecutive growth, with a compound annual growth rate of 15% and annual organic growth of 9%. Much of that growth is being driven by rising incomes around the globe. Adent noted that the more people’s income rises, the more they care about the safety of their food.

Adent said they’ve been eyeing the food safety division of 3M for a long time. They have a complimentary business that will thrive under Neogen, he said, as they can give it the resources and focus to grow and succeed.

In his “No Huddle Offense” segment, Cramer said if we can’t come together as a country to fight COVID, how are we going to come together for anything else?

While our politicians seem content to fight among themselves and get nothing done, Russia and China are coming together to form a united front when it comes to their intentions to invade Ukraine and Taiwan. Yet so far, our politicians have shown nothing but total apathy regarding this growing threat to the current world order.

All of our current problems with supply chains and inflation stem from a shortage of labor, a shortage that could be solved overnight if everyone would simply get their vaccinations. But while we stay weak, the rest of the world is only getting stronger.