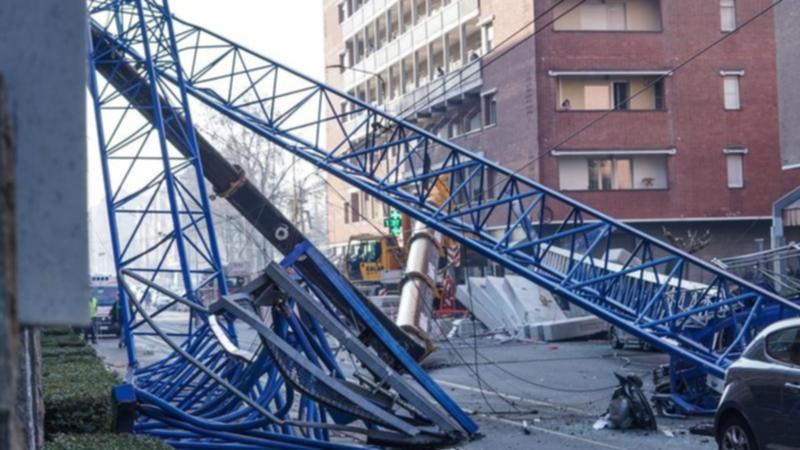 Two of the workers died at the scene and their bodies were extracted from the twisted blue metal, firefighters said in a tweet.

The third was taken to a local hospital, where he was pronounced dead, Turin daily newspaper La Stampa said.

Italian news reports said one crane was helping to assemble the larger one when both collapsed.

Part of the larger crane fell onto a building, while the rest broke into pieces on the street.