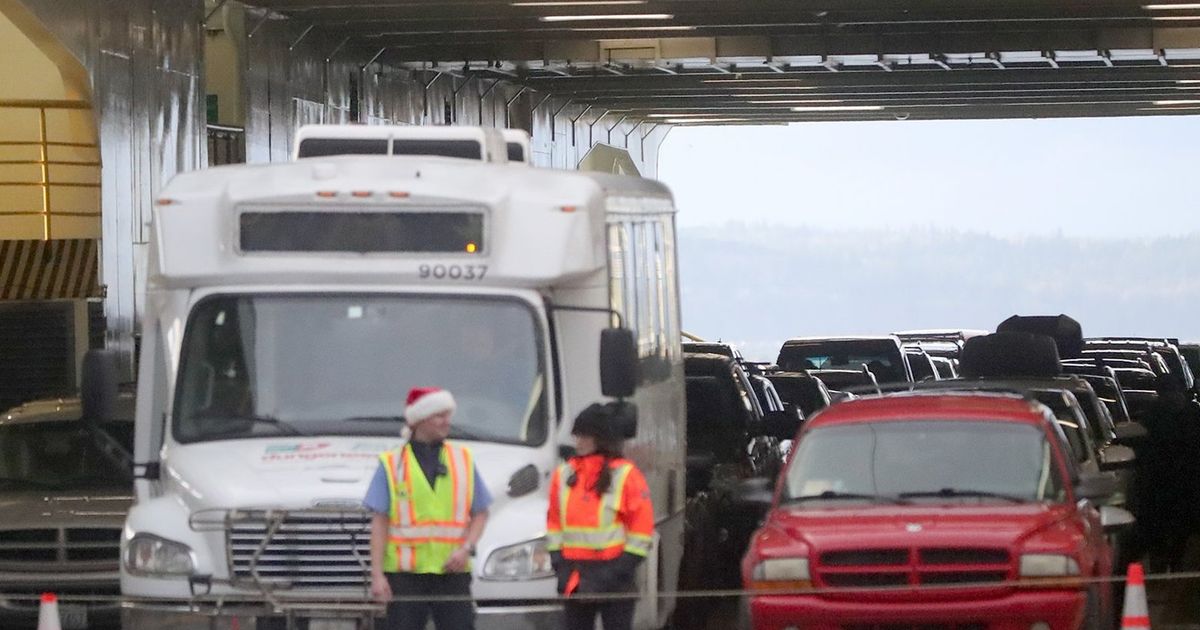 Christmas holidays and a staffing crunch related to the coronavirus have cut Washington State Ferries service below even the lean “alternate schedules” created in October, raising questions about whether travelers will face long delays going home Sunday and Monday.

The agency’s longstanding crew shortages were exacerbated by breakthrough cases of COVID-19, spokesperson Suanne Pelley said Saturday. There were 13 reports of ferry workers who had tested positive this week and one the week before, she said. Those typically lead to a two-week quarantine, and notices to co-workers.

Most routes were cut to one-boat service Saturday, sticking to the minimum “alternate schedules” imposed this fall to deal with crew shortages. WSF has frequently managed to staff two boats per route in recent weeks and call those “supplemental” trips. Not on Saturday.

Drivers were already waiting two hours at the Edmonds and Kingston docks by noon and two hours at Clinton, for trips to Mukilteo. The delays abated by late afternoon.

The interisland service in the San Juans was canceled Saturday. Only two of four boats were scheduled to run between the islands and Anacortes, because of a lack of crew.

And the tiny Point Defiance-Tahlequah route was canceled. Anyone traveling between Vashon Island and Tacoma needed to use the north Vashon terminal to Fauntleroy or Southworth, then drive south. The north-Vashon “triangle” service was already running with just two boats between three terminals. A medical emergency canceled one trip from Southworth to Vashon at 4:30 p.m.

Ferry officials are hopeful they can revive that route by Sunday, and are aiming to bring back a third boat in the San Juans by Monday, said Pelley.

Coronavirus remains a problem, even though ferry workers have been required to vaccinate since Oct. 18. Retirements (and frequent quarantines) were already rocking the workforce of 1,800 people this year, before 22 mariners retired and 129 resigned in October, largely because they opposed Gov. Jay Inslee’s vaccination mandate for state workers.

WSF has increased its pandemic-ravaged training classes in recent months, but long-term solutions are expected to require higher operations funding from the Legislature, as well as reforms in training, promotions, and labor contracts, along with new vessels.