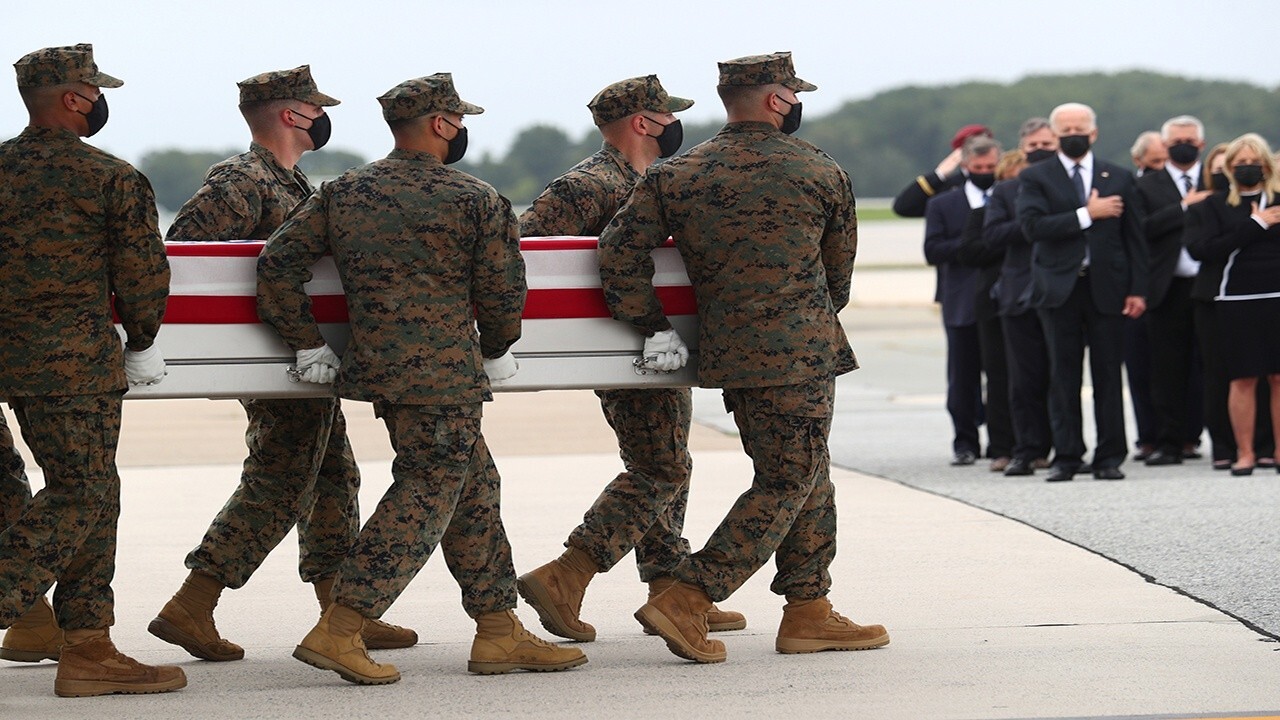 These terrorists’ names are probably are not familiar to most readers. Their demise, or in the case of al-Libi, his capture– was the result of the U.S. government’s full throttled targeting of al Qaeda following the 9/11 attacks.

They are only a few of the many al Qaeda terrorists taken off the battlefield to keep our nation safe.

A few years back, my CIA colleagues found and fixed the location of a senior al Qaeda terrorist, well known for planning attacks against the West.  Based on the CIA’s intelligence, our foreign military partners planned a capture operation but the al Qaeda operative exited his compound firing his weapon and was killed in the crossfire.

BIDEN BREAKS PROMISE TO ‘STAY’ IN AFGHANISTAN UNTIL EVERY AMERICAN EVACUATED

When I returned home for leave from my post as a station chief in South Asia a few months after this counterterrorism operation, my family and friends as well as my work colleagues asked me about my overseas tour.

I mentioned the name of this recently deceased al Qaeda operative, whose death had been noted in the media though not extensively.

No one, with the exception of my father who was tracking everything he could about my war zone assignment, had a clue about this counterterrorism success.  My friends at work who were responsible for activities in China and Russia were likewise unaware.

I held an all hands meeting with our entire team when I returned to post.

I could see the forlorn expressions on my colleagues’ faces as I explained how no one was tracking or seemed to care much about our latest counterterrorism operation.

I told them that at first I had felt the same way but during my return flight I had an epiphany.

The fact that our fellow colleagues and citizens were focused on other things was the greatest compliment we could ever hope to receive. They trusted us to fulfill our sacred mission of keeping them safe by detecting and preempting threats.

These terrorist threats were not keeping our nation up at night with worry.  Instead, our citizens were going about their daily lives blissfully unaware of a team of intelligence community, military, and diplomatic patriots taking the fight to the enemy, often in harm’s way.

On September 1, 2021, the U.S. will have no embassy and no military troops in Afghanistan.

But the intelligence community’s essential mission will remain the same.

The Taliban, ISIS, and AQ are still at war with our nation. Pakistan might be allied with the Afghan Taliban but AQ and the Pakistani Taliban are ruthlessly focused on targeting Pakistan’s nuclear program and its civilian population.

The CIA will carry on with the recruiting of spies and the stealing of secrets within this terrorist mosaic but with a new far risker and more dangerous operational paradigm, one which no longer benefits from U.S. military bases and an official embassy in Kabul.

The Biden administration has been characterizing their new counterterrorism strategy as “over the horizon,” an otherwise pleasant sounding phrase, but one which obfuscates Afghanistan’s transformation into a terrorist state and the simultaneous degradation of our find, fix, and finish counterterrorism capability.

Human sources are key to tracking threats in Afghanistan which is known for its unforgiving mountainous terrain where our enemies find sanctuary to plot and plan against us.

We can forget the debate about the false choice between continuing an “endless war” and withdrawing altogether even if there was a level of comfort with having the smallest force necessary to detect and preempt threats “over there” as Charles Krauthammer used to say, so that we were protected “over here.”

Our citizens might want to acquaint themselves with the rogues gallery of terrorists we eliminated in the Pakistan-Afghanistan region during the past 20 years and ask their elected representatives to hold the Biden administration accountable for a real plan to carry on this sacred mission in defense of our nation.