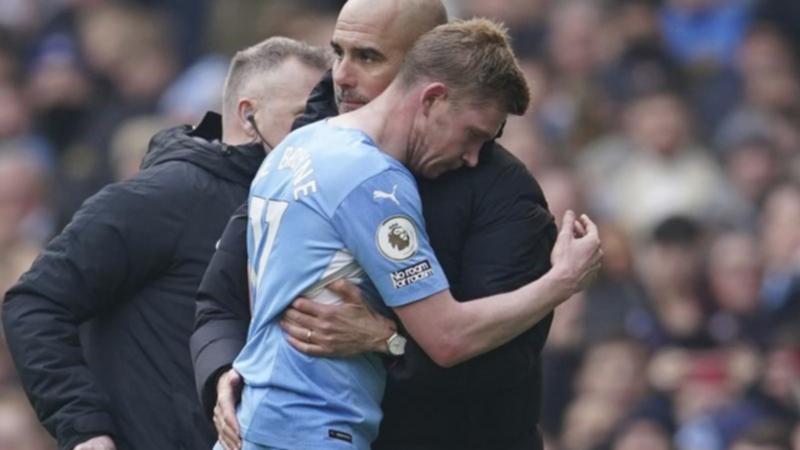 Kevin De Bruyne has curled home a brilliant second-half goal to earn Manchester City a 1-0 win over Chelsea and open a 13-point lead over their nearest rivals in the Premier League.

The Belgium midfielder collected a pass from Joao Cancelo deep in his own half, drove forward, and found the bottom corner with an expertly-placed shot from just outside the area to settle Saturday’s lunchtime clash at the Etihad.

It gave City a 12th straight win on their relentless march towards a sixth title in 11 years, with third-place Liverpool now the team with the best chance of catching Pep Guardiola’s side.

But Jurgen Klopp’s men are now 14 points behind, but with two games in hand.

It also would have given De Bruyne a certain sense of personal satisfaction, being a former Chelsea player and considering the anguish he suffered by being forced off with a head injury during the Champions League final loss to same opponents last season.

City dominated the majority of an intense game, stopping second-place Chelsea from having a shot in the first half and seeing Jack Grealish squander the best chance before halftime when his shot was deflected behind by the outstretched leg of goalkeeper Kepa Arrizabalaga.

Romelu Lukaku had Chelsea’s best opportunity at the start of the second half, but Ederson saved the striker’s curling shot after he had been played through.

Otherwise, the visitors were penned back inside their own half by City’s press and control of the ball as they deservedly took the points.