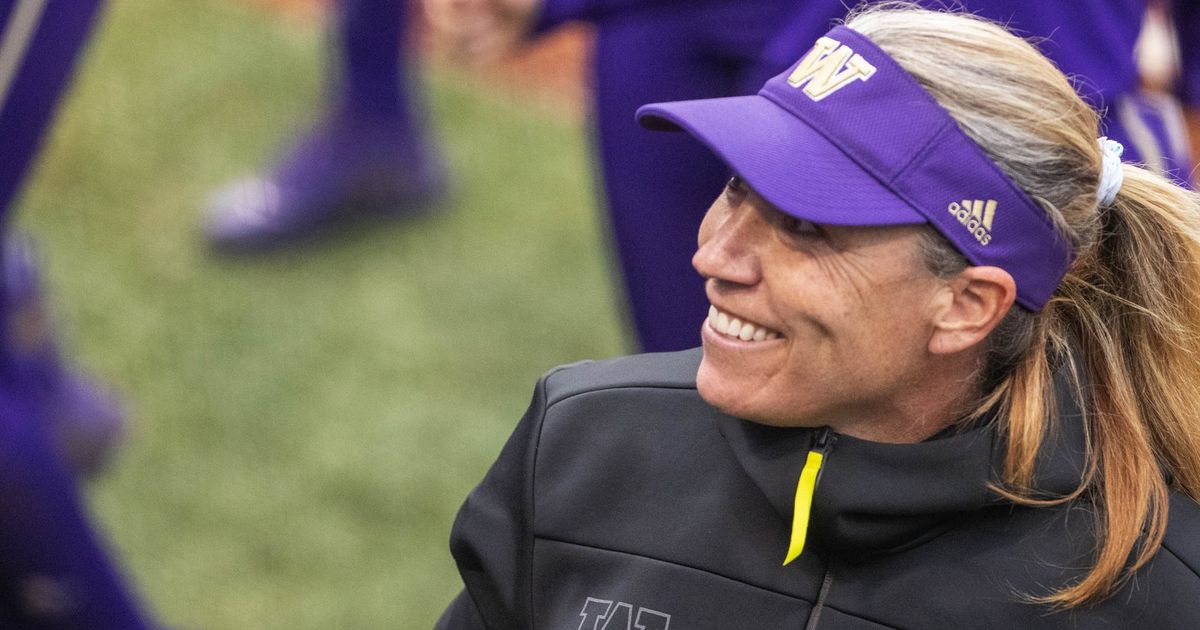 Heather Tarr is looking for leaders.

This offseason, the Husky softball team invited “The Program” — a leadership development group founded by a slew of United States Marines — to help cultivate leadership and communication skills inside their clubhouse.

“Who’s the leader of this team?!” the program’s director asked the Huskies on their first day of drills.

“I am,” replied an unexpected source.

It was freshman infielder Rylee Holtorf — who had yet to play her first game in the purple and gold.

“And it wasn’t far-fetched,” Tarr said with a laugh on Wednesday, two days prior to UW’s Pac-12 opener at Cal at 3 p.m. on Friday.

On a team without vocal veterans like Sis Bates, Morganne Flores and Taryn Atlee, leadership is coming from all shapes, sizes and experience levels. Tarr noted that “the older, more influential personalities have moved along. So it allows space for the different personalities to be those leaders that maybe they’ve been wanting to be or they’ve learned to be through the (older players). So I’m really proud of this group for their pursuit of leadership opportunities.”

In a 19-5 start in non-conference play — including ranked wins over then-No. 7 Oklahoma State, No. 8 Arkansas, No. 18 Tennessee and No. 20 LSU — No. 7 Washington has not lacked leadership.

And thanks to Klingler, the Huskies also haven’t lacked power at the plate.

“She’s valuable to our team in so many ways. Her process and her work ethic are second to none, and with her ability to influence the others … she’s coming into her own in that way, where she’s not as worried about herself. She’s able to perform, but also bring other people along with her.”

Her performance, to this point, cannot be overstated. Through 24 games, the Houston product is hitting .461 with 12 home runs, 39 runs batted in and a sparkling .517 on-base percentage, while striking out just four times in 76 at-bats. Her .442 career average currently leads the Huskies’ all-time list.

And yet, her greatest area of growth transcends individual statistics.

“Growing up in Texas, she would always be asked to play on the older teams,” Tarr explained. “So she was always the youngest on older teams, and now she’s finally one of the oldest in a population. So she’s learning leadership skills that maybe she didn’t necessarily have growing up. It’s been really cool to see her be very motivated to be a very good leader to our team.”

As already stated, these Huskies have leaders galore — bonded through an onslaught of unexpected adversity over the last several years.

“We’ve gone through a lot as a group,” Tarr said. “Going through the pandemic, the majority of this team is that pandemic team. They didn’t get a full season, and then last year it was kind of a hodgepodge of a schedule that lent us to difficult seeding, which put us in a position to have to go on the road for super regionals in a pretty extreme environment at Oklahoma. Both my parents passed away in this group’s time. So there’s been a lot that we’ve gotten to experience together.”

Of course, the same can’t be said of UW’s four true freshmen — Holtorf, catcher/first baseman Olivia Johnson, infielder Kinsey Fiedler and third baseman Angie Yellen. And yet, that group has already exceeded expectations. Johnson and Fiedler have each been named Pac-12 Freshman of the Week, and Yellen quietly leads the Huskies in both batting average (. 462) and on-base percentage (. 619).

As for Holtorf? Well, she’s a natural leader.

And on that note, on this team, she fits right in.

“The four freshmen are such a bright light — in terms of their spirit, their confidence, their leadership, their opportunities,” Tarr said. “Our first home game after being on the road for four weeks straight (an 11-0 win over Robert Morris on March 8), we have a sellout crowd and four freshmen are in the lineup that night. It’s just a very cool team. I’ve never had a team where I could write in a lineup with each of the 17 names and we wouldn’t skip a beat. It’s truly unreal.”