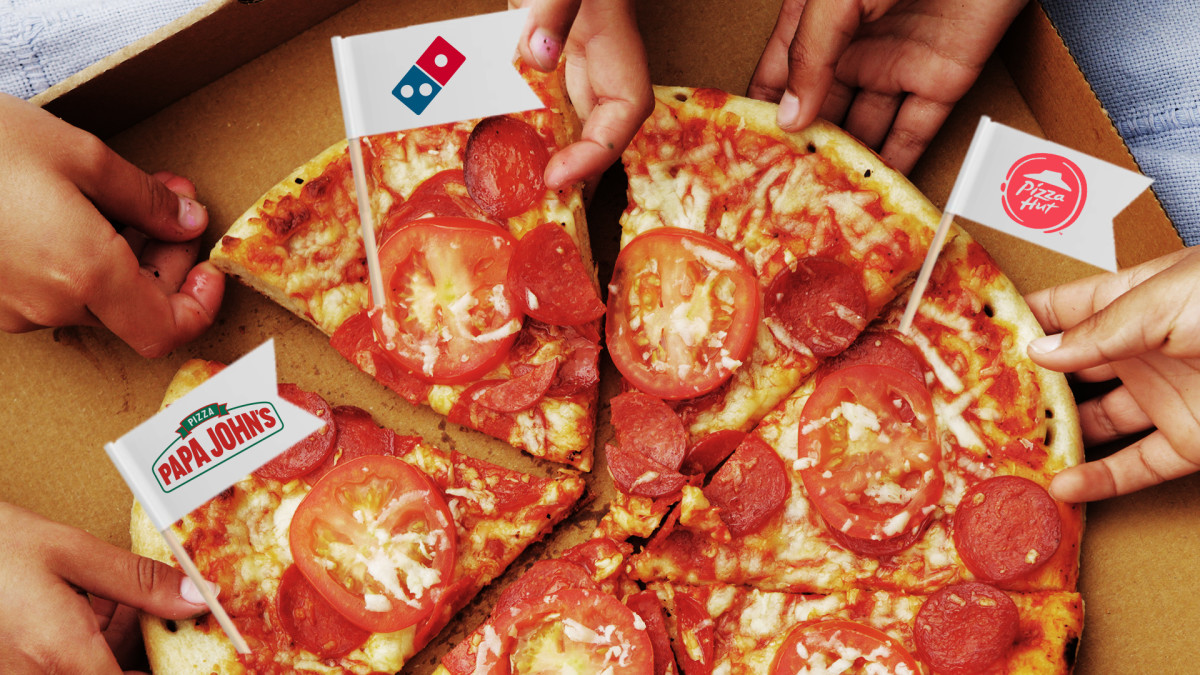 Before we had Grubhub, Uber (UBER) – Get Uber Technologies, Inc. Report Eats, Postmates, and DoorDash (DASH) – Get DoorDash, Inc. Class A Report, pizza was the only food you could easily get delivered pretty much anywhere.

It’s now possible to get anything from a sandwich to a five-course gourmet dinner dropped off at your door.

That has given the major pizza chains — Domino’s (DPZ) – Get Domino’s Pizza, Inc. Report, Papa John’s (PZZA) – Get Papa John’s International, Inc. Report, and Yum! Brands’  (YUM) – Get Yum! Brands, Inc. Report Pizza Hut — some pretty major competition. Of course, pizza still has some inherent advantages. It’s a food that travels really well (try ordering french fries for delivery to see one that doesn’t). And it can easily be reheated or even eaten cold.

But now that nearly any food can be delivered at pretty much any time, the three big pizza chains no longer have delivery as an inherent advantage. They also face problems when it comes to recruiting delivery drivers.

That’s a big concern that has weighed heavily on results for all three chains.

Big Pizza Has a Big Problem

“Staffing is always a challenge in our industry and continues to be so. In addition to our integrations with the aggregator marketplaces, our nationwide integrations with delivery service providers have been a key tool allowing us to continue to serve our customers during peak times,” Papa John’s Chief Executive Rob Lynch said during the company’s first-quarter 2022 earnings call.

“Though these delivery-as-a-service transactions are a slightly lower margin versus using our own drivers, they are incremental, profitable orders that otherwise may have gone unfulfilled.”

“That impact prompted the company to provide a rare discussion of current results. He noted that the labor constraints, ‘particularly among drivers,’ combined with the absence of government stimulus ‘have created a challenging backdrop to date for U.S. sales’ in the first quarter,” the website reported.

And Pizza Hut has experienced the same problem. Its U.S. same-store sales dropped 6% in the most recent quarter.

How Are Pizza Hut, Papa Johns, and Domino’s Solving Their Delivery Woes?

Domino’s has tried really hard to get customers to come pick up their pizzas. It has added a “tip” incentive for people to essentially serve as their own delivery drivers.

“It takes skill to get pizza from a Domino’s store to your door,” said Domino’s Chief Marketing Officer Art D’Elia in a news release. “As a reward, Domino’s is giving a tip to online carry-out customers who take the time and energy out of their day to act as their own delivery drivers. After all, we think they deserve it.”

The “tip” is actually a $3 coupon code that can be used on a future order.

All three chains have also been open to using technology and third parties to solve their delivery problems.

“So that’s part of the driver for continuing to shift to additional modes of being able to deliver,” he said, according to QSR Magazine.

“And we’re doing that by adding in both delivery as a service [rolling over the next two to three quarters], which is basically still having sales through our website and apps but then fulfillment, leveraging those third-party drivers during peak periods when we need extra capacity to help us address some of those hiring challenges for drivers.”

Domino’s has also been trying to keep its drivers out on the road as much as possible by taking away tasks not related to delivery. The chain has also raised wages and been more aggressive in advertising job openings, Restaurant Business Online reported.

“We continue to believe that consumer demand for Domino’s remains very strong across the country,” Allison said during the earnings call. “It is our current capacity to serve that strong demand that we believe presents one of our largest near-term challenges.”