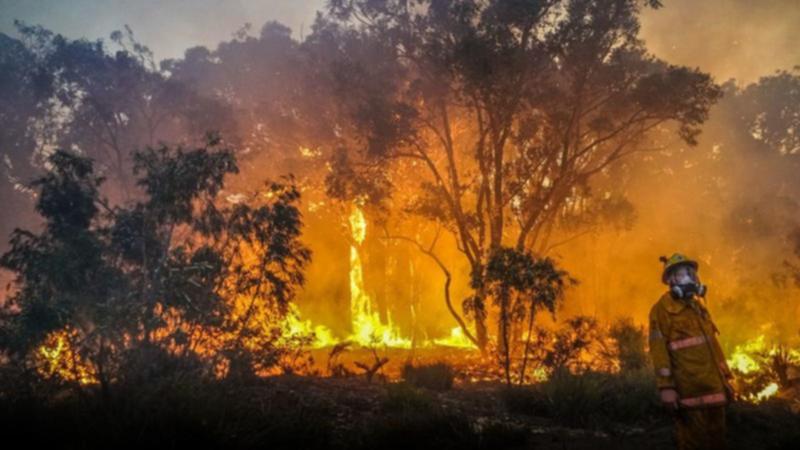 Homes are under threat and lives at are risk as two dangerous bushfires rage in searing temperatures in Western Australia.

In the Perth hills, firefighters were battling to save homes in Warrigal Estate in the early hours of Monday after any residents still there were told it was too late to leave.

“Leaving now would be deadly,” the Department of Fire and Emergency Services said as it issued an emergency warning.

The warning covers people and homes in the area bounded by Government Road, Old Northam Road, Lilydale Road and Needham Road in parts of Wooroloo, Chidlow and Gidgegannup.

People outside the Warrigal Estate should leave if it is safe to do so, emergency services said early on Monday.

An evacuation centre is open at Mundaring Arena on Mundaring Weir Road in Mundaring.

An emergency warning was also in place for a fierce bushfire threatening homes in the Augusta-Margaret River Shire, about 300 kilometres south of Perth.

People were urged to leave Treeton and Osmington if the way was clear, or to shelter in their homes if they cannot leave.

The warning was increased from the watch-and-act level on Sunday afternoon due to weather conditions and the fire growing on heavy fuel loads.

There is an evacuation centre at the Margaret River Recreation Centre.

The warnings came as the state endures a spell of hot weather, with Perth recording maximum temperatures of 42C and 43C on Christmas Day and Boxing Day.