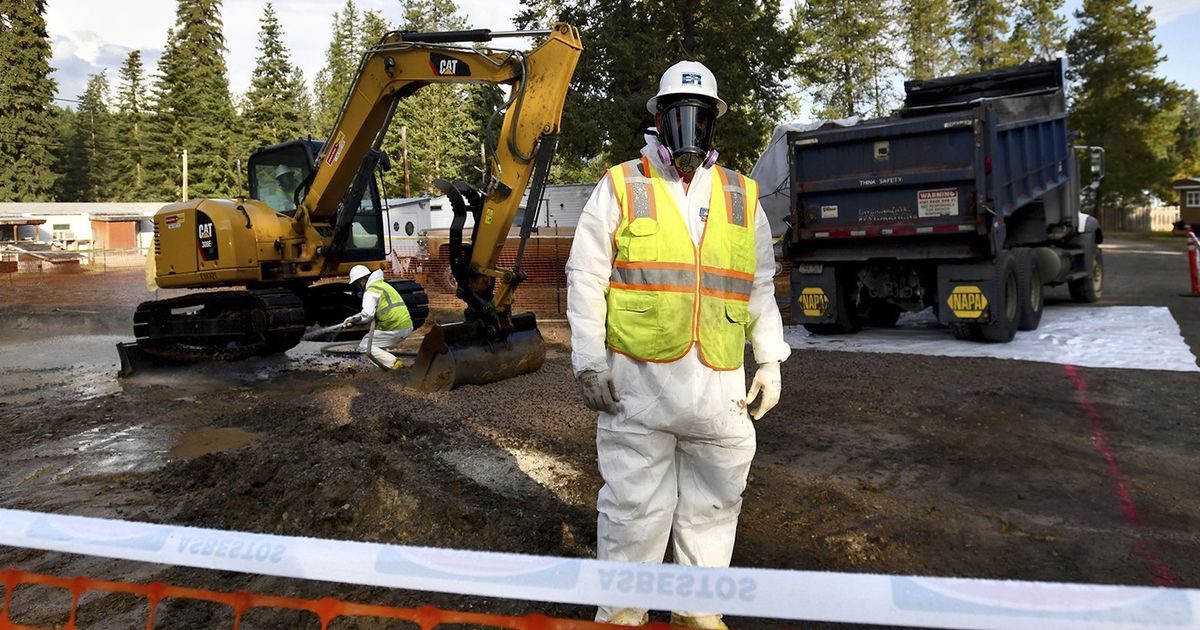 BILLINGS, Mont. (AP) — Environmental regulators are moving to end a years-long cleanup along dozens of miles of railroad in two northwestern Montana communities where asbestos from mining has been blamed in hundreds of deaths.

The asbestos came from mining vermiculite that was processed and shipped by rail across the country for use as insulation, as a gardening soil additive and for other purposes.

After two decades of site investigations and cleanup efforts under the federal Superfund program for hazardous sites, the Environmental Protection Agency and Montana Department of Environmental Quality are proposing to end their work at railyards in the towns of Libby and Troy and along 42 miles (68 kilometers) of railroad right-of-way.

The rail line will continue to be used, but owner BNSF Railway agreed to manage the area in a way that will protect human health, under a 2020 consent decree with federal authorities. That includes preventing the disturbance of soil and building materials that still contain asbestos.

The W.R. Grace-owned mine operated until 1990 and left behind a legacy of toxic dust that health officials say has killed at least 400 people and sickened thousands more. Cleanup work began in 2000 after media reports spurred federal officials to investigate widespread health problems among area residents.

Libby Mayor Peggy Williams said the city has not had any recent problems with BNSF’s property, where topsoil and contaminated structures were previously removed. But she said residents can still encounter vermiculite at home, such as during reconstruction work on houses where the material was used as insulation.

“The only thing that’s lingering, that’s giving us problems, is the vermiculite left behind in residential structures,” Williams said.

In all, more than 2,600 homes, businesses and other properties were cleaned at a cost of more than $600 million. Asbestos cleanup work at the mine itself is ongoing and expected to continue for years.

Litigation over W.R. Grace’s asbestos products helped drive the company into bankruptcy and in 2008 it agreed to pay a $250 million settlement for contamination in the Libby and Troy areas.

Numerous legal claims from victims of asbestos exposure in the Libby area are pending against BNSF, insurance companies and other parties.