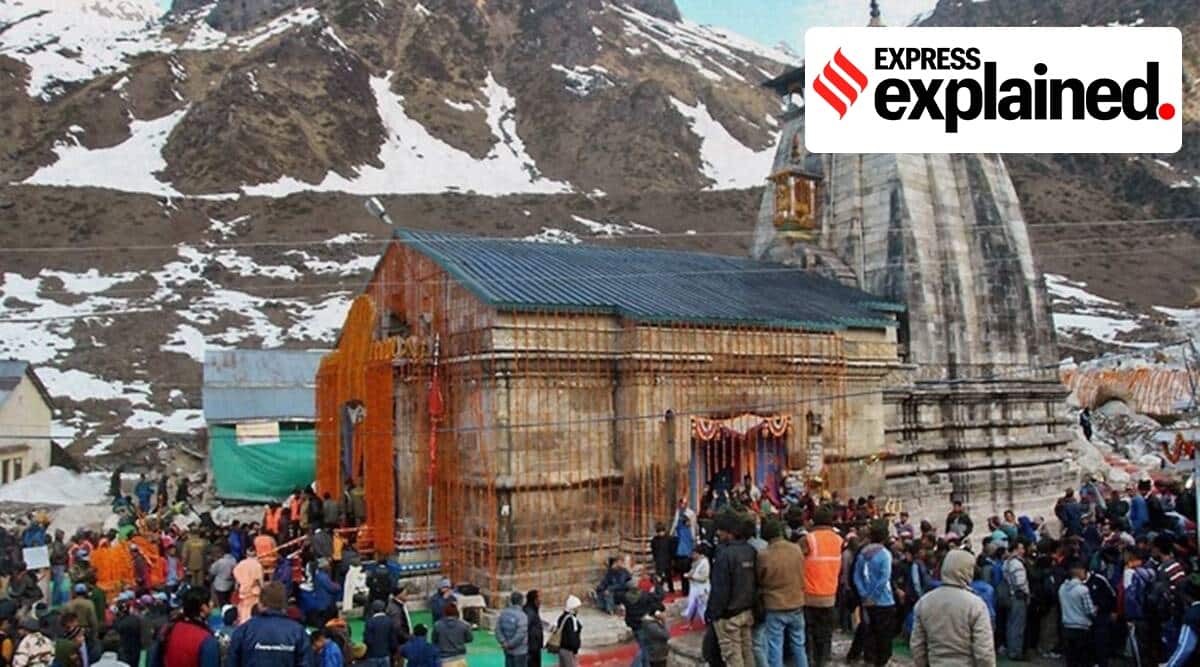 What is the Act and when was it enacted?

The Uttarakhand government in December 2019 — then led by Trivendra Singh Rawat– had tabled the Uttarakhand Char Dham Shrine Management Bill, 2019, in the state Assembly. The bill was aimed at bringing the Char Dham of Badrinath, Kedarnath, Gangotri and Yamunotri and 49 other temples under the purview of a proposed shrine board. The bill was passed in the Assembly and became the Uttarakhand Char Dham Devasthanam Management Act, 2019. Under the same Act, the Trivendra government constituted the Uttarakhand Char Dham Devasthanam Board on January 15, 2020. As per the Act, the Chief Minister is the chairman whereas the minister for religious affairs is the vice-chairman of the board. Two MLAs of Gangotri and Yamunotri are members on the board along with the Chief Secretary. A senior IAS officer is the Chief Executive Officer.

Under this board, there are 53 temples, including four shrines – Badrinath, Kedarnath, Gangotri and Yamunotri – and other temples located around these shrines.

The shrine board was constituted as the highest governing body for the management of the temples with powers to frame policies, execute provisions of the Act, budget formulation and sanction expenditure, among others. The board was also empowered to give directions for the safe custody, prevention and management of funds, valuable securities, jewellery and properties vested in the temples.

Before the constitution of the Board, the Shri Badrinath-Shri Kedarnath Act, 1939 was in place for the management of two shrines – Badrinath and Kedarnath – and Shri Badrinath- Shri Kedarnath Mandir Samiti for 45 temples. The Samiti was chaired by a government-appointed person whereas an official of all India service used to be the CEO.

“All the decisions related to utilization of the donations, funds and development works in and around those 45 temples including Badrinath and Kedarnath were taken by that committee and the government did not intervene. But through the Devasthanam board, the government tried to take control over the financial and policy decisions,” said a former chairman of the committee.

“Most of these provisions of this Act (Shri Badrinath-Shri Kedarnath Act, 1939) are no longer relevant in the present context. In view of this, the Uttarakhand Char Dham Shrine Management Bill is proposed. This Bill will thus prove to be a milestone for the rejuvenation of Shri Badrinath, Shri Kedarnath, Gangotri, Yamunotri and other famous temples…,” reads the statement of objects and reasons in the Uttarakhand Char Dham Shrine Management Bill.

In Gangotri and Yamunotri, management of the shrines was earlier in the control of local trusts and the government was not getting any share from the donations made by devotees.

Who protested and why?

Priests, pandas and Rawals who were associated with affairs of shrines were opposed to the new bill and the board with the Opposition Congress and the Aam Aadmi Party (AAP) extending support to them. The Congress and AAP both called the BJP government ‘dharma virodhi’ and announced to repeal the Act if it comes to power in 2022.

People like Pandas, Dimris and others holding different responsibilities in the Char Dham temples came under one banner and staged protests in Dehradun, alleging that with the shrine board, the government will get control of the entire area and donations.

On November 1, Trivendra had faced protest when he visited Kedarnath, with priests showing him black flags, forcing him to return without offering prayers at the temple. Two days later, Chief Minister Pushkar Singh Dhami traveled to Kedarnath before Prime Minister Narendra Modi’s visit to the shrine, and assured the priests that the issue will be resolved by November 30. The priests had then postponed their agitation.

How did the new setup hurt Trivendra Singh Rawat?

His decision to constitute the Devasthanam Board despite protests from priests and people associated with Char Dham was considered as one of the factors that led to Trivendra Singh Rawat losing the Chief Minister post, days before completion of four years of his rule. His successor Tirath Singh Rawat faced more pressure from priests and VHP who in a meeting in Haridwar during Kumbh in April this year demanded him to immediately announce abolition of the board. Under pressure, Rawat announced to “review” the board. But before he could take a decision, BJP replaced him with Dhami in July.

Why did the Dhami government roll back Trivendra’s decision?

Trivendra Singh Rawat kept justifying the decision of enacting the law and new Devasthanam Board. But the Dhami government first constituted a committee to look into the matter and two-days after the receiving committee’s report, Dhami announced to withdraw the Act. Dhami on Tuesday, saying he has taken the decision after receiving a report as well as feedback from different stakeholders including public representatives. The announcement came before the assembly elections. Sources said the government had received feedback from the RSS and VHP as well that protests of priests of four shrines can cause damage to the BJP in upcoming Assembly elections.

The Hak Hakookdhari Mahapanchayat Samiti, formed by Char Dham teerth purohits protesting the Devasthanam Board, had recently announced that it will field candidates on 15 seats in the upcoming Assembly polls and campaign against the ruling BJP.