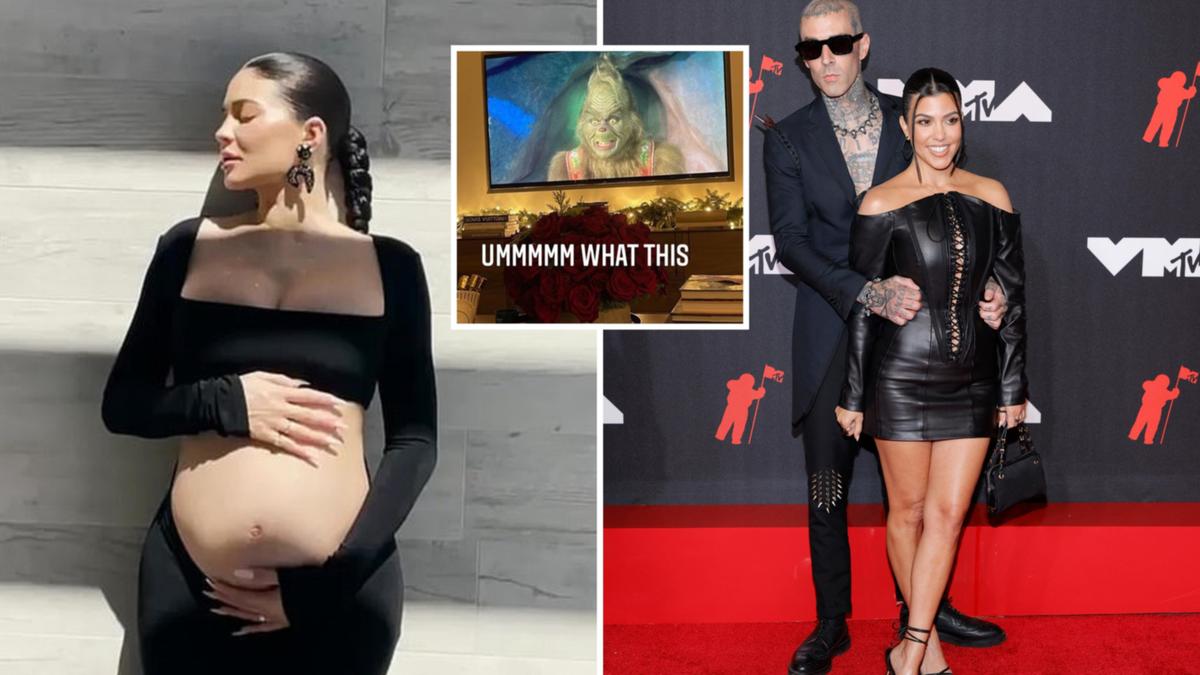 Travis Barker has sent Kardashian-Jenner fans into meltdown after a baby bottle filled with milk was spotted in his picture.

The Blink-182 drummer and fiancé Kourtney Kardashian were enjoying movie night of “How the Grinch Stole Christmas” when he shared a snap on his Instagram Story.

Eagle-eyed fans started speculating that Kylie Jenner may have secretly given birth after they noticed a baby bottle on the couple’s coffee table.

“Hi @travisbarker you can’t just post a pic of a baby bottle and be like ‘Imma just leave this here’,” one fan wrote, reposting the image with a circle around the baby bottle.

Considering Travis, 46, and Kourtney, 42, have made no announcement they are expecting a baby any time soon, fans immediately suspected the bottle belonged to Kylie.

The Kylie Skin founder is expecting her second child with Travis Scott, after welcoming daughter Stormi three years ago.

Fans took to social media to discuss their theories.

“KYLIE HAD TO HAVE HAD HER BABY,” one fan eagerly commented.

“Kylie used the exact same bottles when Stormi was little,” another observed.

This is not the first time fans have been theorising that Kylie’s baby has been born.

In a video posted by Khloe Kardashian at the family’s annual Christmas event, she shared her festive gown as Stormi ran behind camera. The video can be watched in the video player above.

“My daughter had a theory that Kylie had the baby because Stormi is the only one in the pic wearing a mask?!?” one commenter said.

“I assumed it was because Kylie is still pregnant and they didn’t want to take risks but it could also be that she had the baby. Fair point. When was she due?” said another.

Kylie confirmed the pregnancy news in September but did not specify how far along she was in her pregnancy.