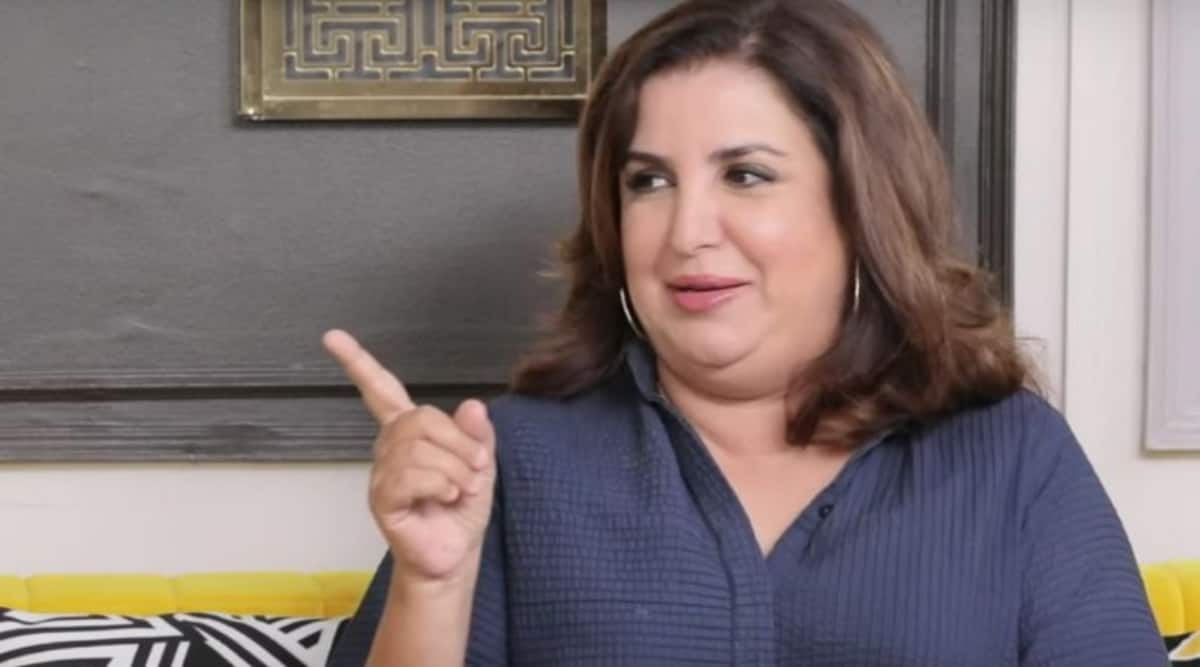 Choreographer and director Farah Khan made an appearance on Arbaaz Khan’s show Pinch. According to the format of the show, he reads out hurtful tweets to Farah, who responded to the trolls. Trolls are no match for Farah, and she hit back at all of them. During the course of the show, she opened up about the hate she had received after her rant against celebrity workouts in lockdown last year, the party with Ed Sheeran, and how her children get affected by the haters.

Regarding Ed Sheeran, Farah swore on her children that she initially had no idea who he was before hosting a party for him, and that Abhishek Bachchan had to tell her. “My cousin who works as a lawyer in a music company told me that Ed wants to come to India and wants to experience a Bollywood party. I swear on my children, I had no idea, who Ed Sheeran is. I thought he would be my cousin’s friend, but my cousin and aunt asked me to host a party for him. Then I called Abhishek (Bachchan) and asked about him, he told me that he is the number 1 singer. We started as a small party, but I didn’t realize that Ed is so famous, as everyone started calling me that they want to attend the party. So it turned out to be a big bash,” she said.

Of course as trolling is inevitable, many said that Ed looked ‘miserable’ at the party, and memes had flooded the internet at the time. Shutting down this speculation, Farah said, “He wanted a party, and the works. I think these trolls are just jealous, Ed had a wonderful time, and even on the next day he called me and sent me passes for his concert, but I distributed them ahead, as I have no idea about his songs.”

Last year, Farah shared her displeasure about Bollywood celebrities posting ‘shallow’ videos on their Instagram accounts, during the coronavirus induced lockdown. She had shared a video, urging her friends to stop posting workout updates on social media during these difficult times. Speaking about this during Pinch, Farah said that she was deeply affected by the migrant exodus and such videos upset her even more. “I was talking to other friends, and I was telling them that we look so insensitive, and anyway no one takes us seriously. Let’s do something for them [migrants], my daughter was doing this. Yahaan hum bartan dho rahe hain, kya badi baat hai (Here we were washing dishes, what’s the big deal? It’s shameful if you don’t even know that)?” Arbaaz Khan read out the negative comments to her, where people called her ‘jealous’, and others gave sermons on exercises.

Farah added that she was shocked to learn that many people were into physical workouts. While many called her to say they were glad for her video as ‘people needed to shut up’, some celebrities felt targeted, and Farah said she felt bad as she didn’t mean it for them. Hitting back at those who called her fat, she said, “It is easy to call someone moti (fat). You give birth to three children, and then tell me.” Farah promised to take her revenge and share videos of herself working out in a leotard.

Earlier Farah Khan had shared her annoyance about invitations sent on WhatsApp for movie screenings, but without ever mentioning her name. “At these premiers, you are calling us, we are the ones doing you a favour. We have to get ready and come. At least write Dear Farah, instead of ‘Hey folks’. So I’ve written, I’m not going to come, consider this my personal attendance. When I have 200 people coming to my house, I will call personally. Maybe we are old fashioned.”

Responding to a troll comment that claimed her kids were weak and tanned, she responded, “My kids are tanned? This is where racism comes in. My son says that I need to take his permission before posting a photograph. They’re very sensitive about it, and I have to respect their boundaries. Think of Taimur, jinka trolling kar rahe ho, but dekhna hai aapko SRK ki beti. You don’t want normal photos. So this is double hypocrisy.”

Regarding what pinches her, she says that being called fat really pinches her, and the question on her children’s religion and that’s why she doesn’t post any photos on Diwali.