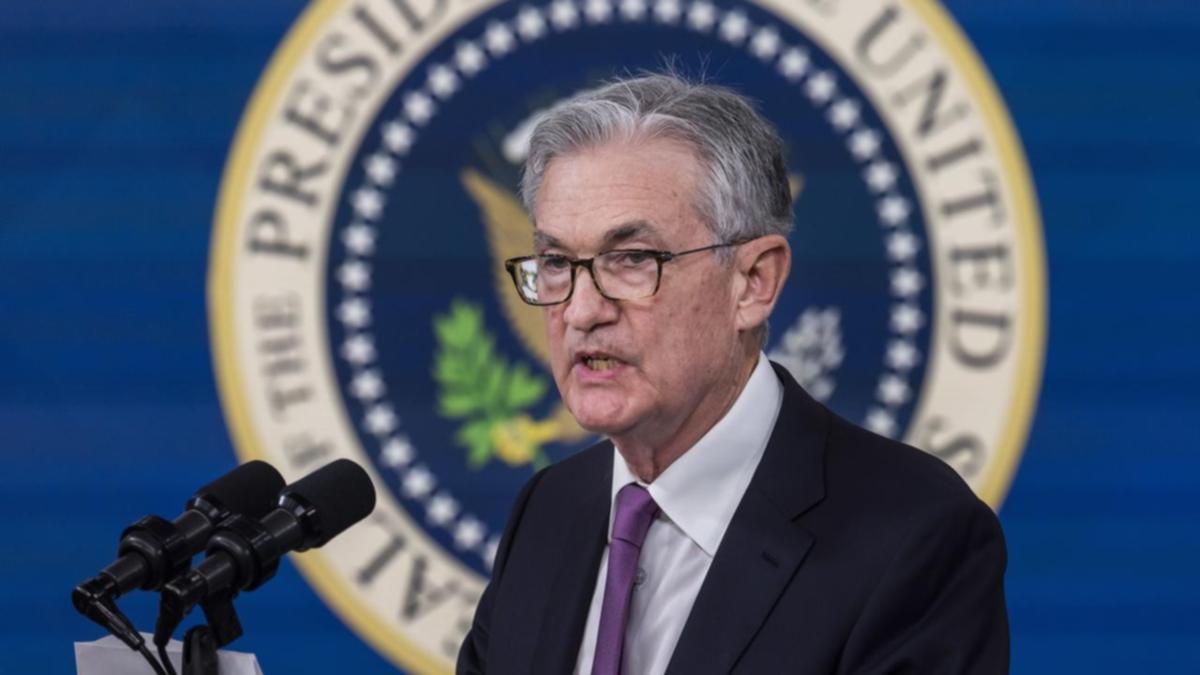 The US Federal Reserve will quicken the pace at which it is pulling back its support for the economy as inflation surges, and it expects to raise interest rates three times next year.

In a sharp policy shift, the Fed announced on Wednesday it will shrink its monthly bond purchases at twice the pace it previously announced, probably ending them altogether in March.

The accelerated timetable puts the Fed on a path to start raising rates in the first half of next year.

The Fed’s new forecast that it will raise its benchmark short-term rate three times next year is up from just one rate hike it had projected in September.

The Fed’s key rate, now pinned near zero, influences many consumer and business loans, including for mortgages, credit cards and vehicle loans.

Those borrowing costs may start to rise in the coming months, though the Fed’s actions do not always immediately affect other loan rates.

Even if the central bank does raise rates three times next year, it would still leave its benchmark rate historically low, below one per cent.

The policy change had been signalled in testimony that chairman Jerome Powell gave to Congress two weeks ago in discussing the extraordinary support the Fed supplied to the economy after the COVID-19 pandemic struck last year.

The shift reflects Powell’s acknowledgement that with inflation pressures rising, the Fed needed to begin tightening credit for consumers and businesses faster than he had thought just a few weeks earlier.

The Fed had earlier characterised the inflation spike as mainly a “transitory” problem that would fade as supply bottlenecks caused by the pandemic were resolved.

The run-up in prices has persisted longer than the Fed expected and has weighed heavily on consumers, especially lower-income households and particularly for everyday necessities, and negated the higher wages many workers have received.

Powell acknowledged the possibility that inflation will not decline as expected next year.

“There’s a real risk now that inflation may be more persistent and that may be putting inflation expectations under pressure,” he said.

“The risk of higher inflation becoming entrenched has increased.

“Part of the reason behind our move today is to put ourselves in a position to be able to deal with that risk.”

As a result, the Fed is shifting its attention away from reducing unemployment, which has fallen quickly to a healthy 4.2 per cent, down from 4.8 per cent at its last meeting, and toward reining in higher prices.

On Wall Street, stock prices rose gradually and then surged after the Fed issued its statement, and Powell began speaking at a news conference.

By the time Powell finished, the Dow Jones Industrial Average had jumped more than 300 points.

The Fed’s policy change does carry risks. Raising borrowing costs too fast could stifle consumer and business spending. That, in turn, would weaken the economy and in all likelihood raise unemployment.

Yet if the Fed waits too long to raise rates, inflation could surge out of control. It might then have to act aggressively to tighten credit and potentially trigger another recession.

Officials have said they expect inflation to cool by the second half of next year.

Fuel prices have already come off their peaks, supply-chain bottlenecks are gradually easing and government stimulus payments, which helped spur a spike in spending that boosted inflation, are not likely to return.