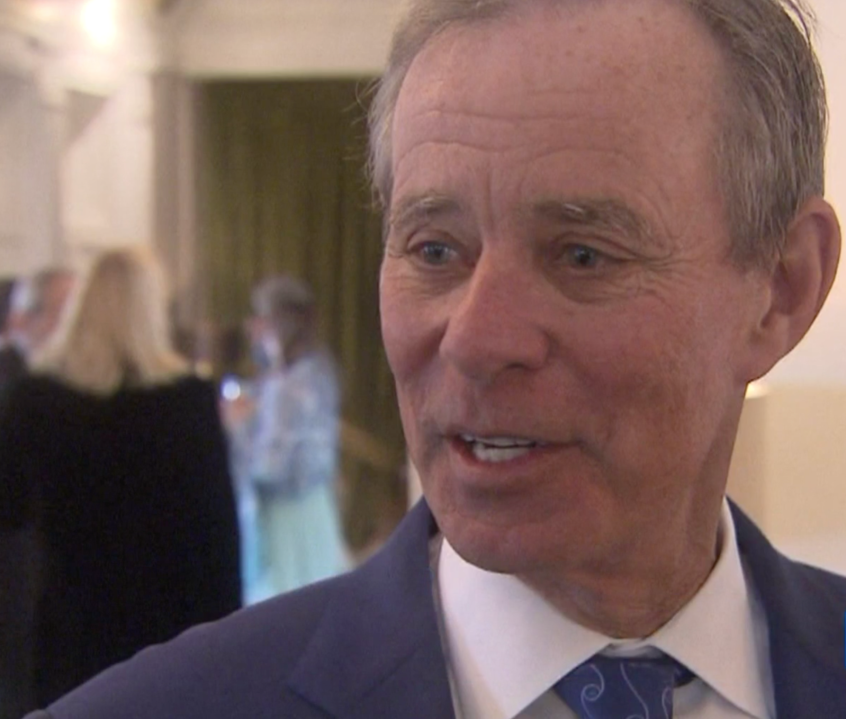 VIRGINIA BEACH, Va. (WAVY) — The Hampton Roads region has no shortage of wealthy political campaign donors, but none may be more recognizable and controversial than those coming from Bruce Thompson.

Thompson, 69, is CEO of Gold Key | PHR, a Virginia Beach-based hospitality company that owns hotels, restaurants, and condominiums. Most know him as the man who led the redevelopment of the historic Cavalier Hotel at the Virginia Beach Oceanfront and The Main in downtown Norfolk.

Never one to shy away from sharing his opinion, the bullish developer’s political donations often draw the ire of citizens who have opposed many of the public-private projects he has participated in and believe the donations allow him to have control over city leadership.

However, Thompson maintains that’s not why he has spent more than $500,000 in political donations in the last 20 years.


Following the Funds: Who is running the most expensive campaign in Hampton Roads?

“I have been active in politics since I was very young. I don’t believe in sitting on the sidelines and complaining. It’s not a spectator sport,” Thompson said in a recent interview with 10 On Your Side. “Helping them fund that message is important.”

Thompson said he is an independent and a quick look at his donations on the Virginia Public Access Project shows he has donated to both Democrats and Republicans.

No candidate has received more of his money than the current Republican nominee for governor, Glenn Youngkin. Thompson has donated $50,000 to Youngkin’s campaign and provided more than $30,000 in what are known as “in-kind” contributions.

“In-kind” contributions are defined by the Virginia Department of Elections as “services rendered or goods whose value exceeds $100.” In Thompson’s case, those services came in the form of advertising and lodging.

The candidate who has received the second-largest amount of Thompson’s money is Terry McAuliffe, the current Democratic gubernatorial nominee. The more than $50,000 McAuliffe and his “Common Good VA” committee received occurred between 2013-2015.

Yes, Thompson, who served as the Hampton Roads finance chair for McAuliffe’s campaign when he ran for governor in 2013, is now backing his opponent.

“The issues were a lot different in 2013,” Thompson said.

Thompson said he was a strong supporter of McAuliffe’s stance on banning uranium mining and pushing through Medicaid expansion.

“There are two primary reasons for that,” Thompson said. “I don’t believe we should ever have one-party rule in the legislature.”

For the last two years, both the General Assembly and the governor’s mansion have been controlled by the Democrats, who have championed a progressive agenda in what once served as the capital of the Confederacy.

“When we have one-party rule, the extremes on both sides can have a voice in the way we govern the Commonwealth of Virginia,” Thompson said.

During the primary campaign, McAuliffe was recorded at an event saying that if a repeal to the right-to-work law “came to my desk, sure I’d sign it,” and a campaign spokesperson also signaled McAuliffe would favor ending qualified immunity.

In recent weeks, McAuliffe has doubled down on his commitment to protect qualified immunity.

Still, Thompson said he believes Youngkin will be the best overall candidate for the tourism industry.

“Tourism in Virginia is one of the legs on that three-legged stool that we need to support our economy,” Thompson said. “It’s important that we have folks that understand and appreciate that. I am concerned when we start talking about repealing right-to-work and the mandate that I have to mandate or testing all my employees because I’m well over 100 … we need someone who is empathetic, and sympathetic with the issues we have in the hospitality industry.”

In both 2018 and 2020, Thompson lead a group of business leaders in Hampton Roads to fund ad campaigns against candidates he disagreed with.

Thompson pointed to his appointment to current Gov. Ralph Northam’s COVID-19 business task force as an example of when he was called on as a subject matter expert.

He said he is well aware people connect his donations to votes, but said that is not an expectation.

“There is absolutely no expectation except that I know that is the type of person that I believe will lead the government in the way I believe will be effective for us,” Thompson said. “You get in the game, you fight for what you believe in, you fight for the people you believe can be the most effective in government. But that’s just the way I’ve always been. Thus far, I have found that has served me, the city of Virginia Beach and the Commonwealth of Virginia well.”