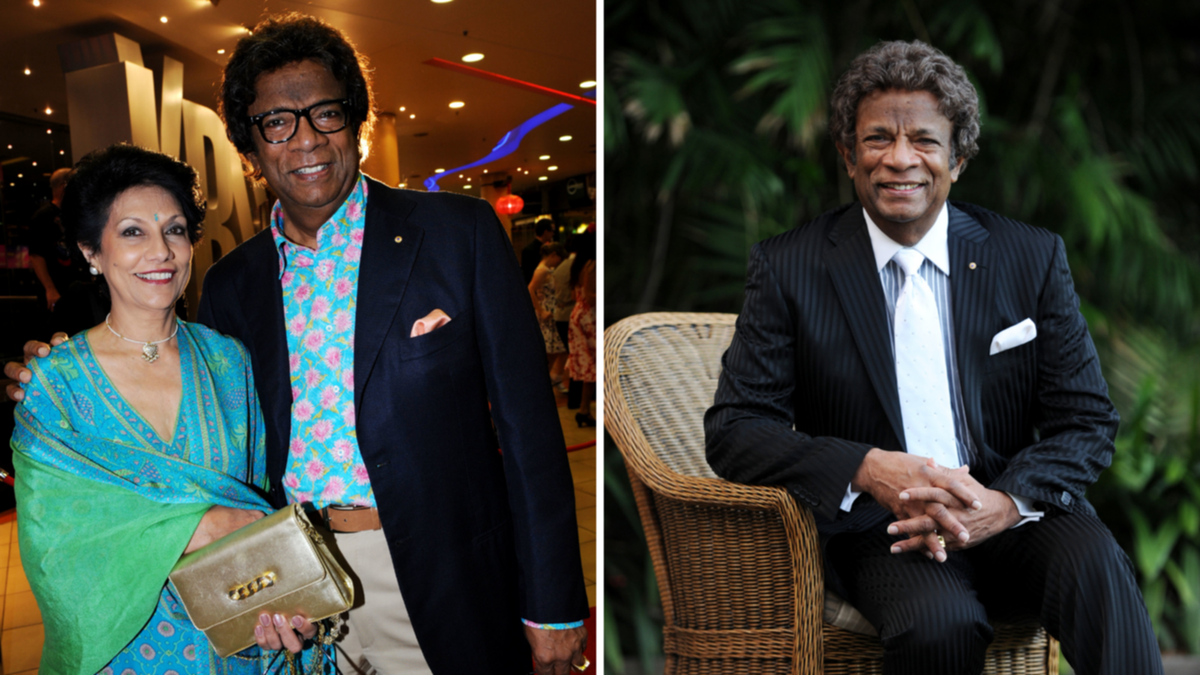 Former Hey Hey It’s Saturday! star Kamahl has spoken of his regret as he announced he has split from his wife Sahodra.

Speaking with New Idea to confirm the news, the showbiz veteran said he was praying the separation was “temporary”.

“My beautiful wife, Sahodra, and I had been together 55 years before quietly separating earlier this year,” the 87-year-old told the publication.

“We remain close. Thankfully, things are convivial – we see one another regularly. She still cooks me her unbelievably delicious lamb shanks every fortnight.

“I think over time I took Sahodra’s graciousness for granted.

“In hindsight, I should have given her more hugs,” the entertainer added.

“My thoughts are with Patti Newton and her family as her husband Bert is farewelled at his State Funeral,” Kamahl tweeted on November 12.

“I’m left with fond memories of our friendship for well over 40 years and am indebted to him beyond words.

“Bert was unique. Irreplaceable. May he rest in peace.”

Earlier this year, in March, Kamahl’s former Hey Hey It’s Saturday! co-star Daryl Somers apologised to him for his “inappropriate” treatment on the show.

“I want to make it very clear that I and all members of the Hey Hey team do not condone racism in any form,” Somers posted to Facebook after sketches from the show resurfaced.

“I have always considered Kamahl a friend and supporter of the show, so I deeply regret any hurt felt by him as a result of anything that took place on the program in the past.

“I wholeheartedly support diversity in the Australian entertainment industry and I am committed to continuous learning and development in that regard.”